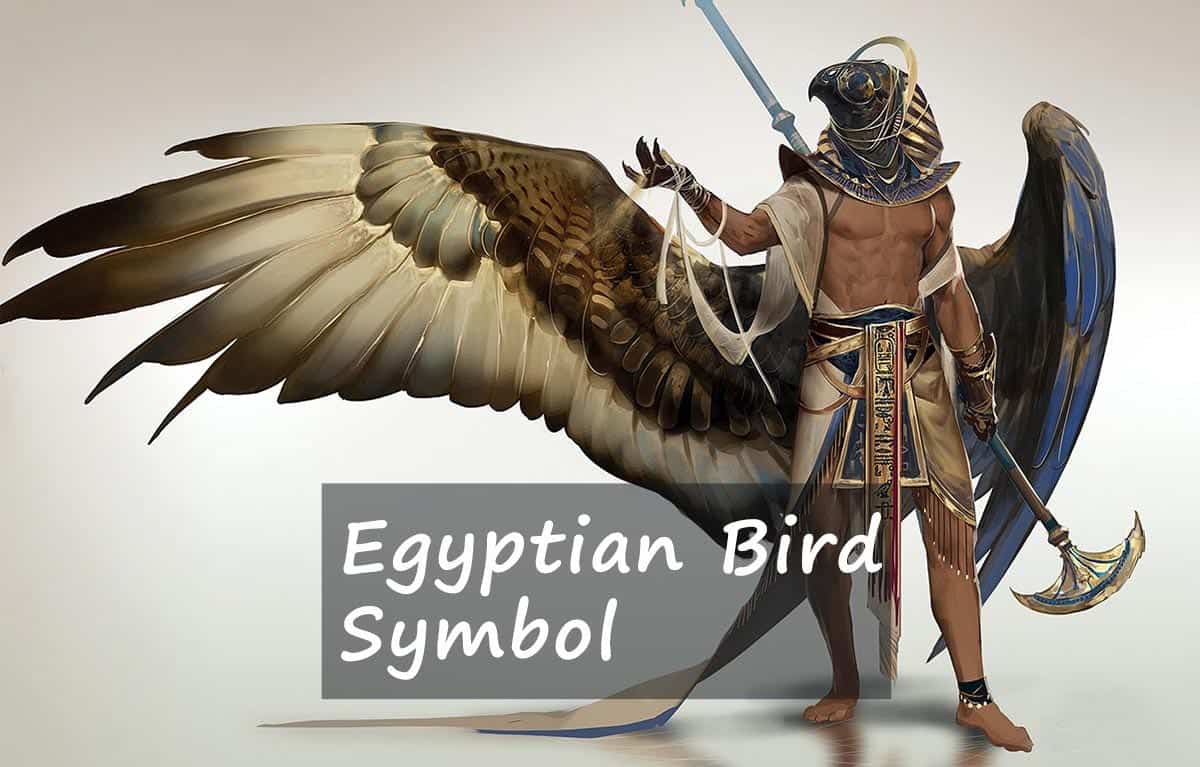 The Egyptian Bird symbol is one of the most popular symbols in Ancient Egypt. It was used to represent rebirth and life, as well as a destination for the soul after death. The Egyptians believed that when someone died, their soul would be taken by a bird to live with Osiris on his throne. This symbol is also a powerful representation of the goddess Nekhbet, who was often depicted wearing an Egyptian Bird headdress or crown.

The Meaning and Symbolism

The Meaning Behind the Symbol: Rebirth

In ancient times it was common for cultures all around the world to believe in some form of reincarnation – where people’s souls could continue living over many lifetimes through different physical bodies until they found enlightenment or were reunited with God (or whichever deity you worship). In these beliefs, humans are only for a short time on Earth, but they can live forever if their soul is continually reborn.

The Meaning Behind the Symbol: Life

In ancient Egypt and other cultures around the world, a symbol of life was often an image of wings – or feathers. Feathers were seen as representations of those that bring life to us all birds! Because birds travel through both land and air (just like humans), it’s easy to understand why this would be such a powerful representation for them in symbolic forms.

The Egyptian bird symbols were many in number and meant different things (other ancient cultures like the Native American bird symbols can be seen in a similar way). As part of the Nile Delta, there were many birds in the ancient Egyptian environment. Therefore, there were many birds in ancient Egyptian hieroglyphics and mythology. Some of these included the ibis, the vulture, the buzzard, the falcon, the owl, the guinea-fowl, the flamingo, the stork, the quail (quail symbolism), the heron, and even the ostrich.

Bird symbols represented a combination of phonetic sounds, nouns, and meanings. The owl in the hieroglyphic list of historian Alan Gardiner (1879 – 1963), for example, has a phonetic meaning only and represents the “m” sound. The bald-headed (or slouched) vulture represents both the phonetic word “mwt” and meant “mother”. The falcon was an ideograph and represented both the word “hrw” (“Horus”) and the god, Horus.

In effect, there was not a singular meaning for bird hieroglyphs in ancient Egyptian culture. Every bird hieroglyph represented different meanings, sounds, and words. Even the same bird, written differently, could represent different things.

Day-to-day meanings aside, the hieroglyphs could represent religious concepts and gods. The Bennu, for example, was a heron-like deity akin to the phoenix. As the soul of Ra (the supreme sun god), the Bennu represented the rising and setting sun. Hieroglyphs of the large heron in Egypt’s later periods represented the Bennu directly.

Ra himself, being the supreme sun god and the foremost god of all ancient Egyptian religion — was depicted as a man with a falcon’s head. He often overlapped with the sky god Horus (who also had the head of a falcon), forming Ra-Horakhty, or “Ra-Horus in the Horizon”.

Thoth was the ancient Egyptian god of mathematics, magic, the sciences, the moon, knowledge, and writing. He was the patron god of scribes and was usually depicted as an ibis or a man with an ibis’ head.

Nekhbet was an early Egyptian goddess that protected rulers of the upper Nile. She is depicted as a woman with a vulture’s head, and sometimes with the wings of a vulture.

Khonsu was an ancient Egyptian moon god. He was the son of Amun (a creator god) and Mut (a matron goddess). Khonsu is sometimes depicted as having a falcon’s head with a crescent moon headdress.

Isis, along with her sister Nephthys, was at times depicted as having hawk, kite, or kestrel-like features, especially wings and feathers. They were known as guardians of the dead, and tombs were sometimes lined with their images. The sounds, especially the screeches of hawks, eagles, and other birds of prey — were considered to be the screeches of Isis and Nephthys.

Finally, in a somewhat strange reversal of deities represented as humans with bird heads, the hieroglyph of a human head on top of a bird’s body was an ideograph representing the concept of the soul. The supernatural belief was endemic to ancient Egyptian society, and the religious reverence for birds was certainly not limited to supernatural beings.

As mentioned before, the ancient Egyptian god Horus was usually depicted as having a bird’s head, specifically that of a falcon. In ancient Egyptian, Hor (Horus is the Latin reading) means, “the Distant One”, a reference to the god’s domain, the sky.

The god we know as Horus today was actually worshipped in two different ways over the course of ancient Egyptian history.

The first was Horus the Elder (or Horus the Great), who was worshipped in Egypt’s Predynastic era (c. 6000 – 3150 BC). Horus the Elder was the son of the Earth god Geb and the sky goddess Nut. He was the youngest of Nut’s five children, and his siblings were Osiris, Isis, Set, and Nephthys. A benevolent protector and creator, Horus the Elder was associated with the sun and the sky, but also taking the form of a falcon to bring forth messages from Ra.

The second was Horus the Younger, who was worshipped from the Early Dynastic (c. 3150 – 2613 BC) to the Ptolemaic (c. 323 – 30 BC) periods. In a somewhat revised religious narrative, Horus the Younger was the son of the benevolent agricultural god Osiris and the magical goddess Isis.

After Osiris was killed by his brother Set — the god of discord — Set took Osiris’ throne. Fleeing in fear, Isis took Horus to the swamps of the Nile Delta region. She and other goddesses raised Horus until he was old enough to challenge Set, to reclaim the throne. After a period of 80 years of trials, battles, trickery, and condemnation, the high council of Supreme Gods, including Ra, decided that Horus was the rightful heir to the throne. Set was banished to the outskirts of Egypt and Horus ruled as a rightful mediator between heaven and earth.

Horus the Younger is associated with the falcon. He is usually depicted as a human with a falcon’s head, standing or seated on a throne. Pharaohs identified themselves with Horus in life and Osiris in death.

Ancient Egyptians developed detailed symbols that held significant meaning to them and followed complex rules for depicting gods and human figures. This accounts for the unmistakable style of Egyptian drawing and painting. Bird tattoo meanings/symbols ranged from simple line drawings to colorful and ornate representations of nature and the world, with unique depictions of perspective and graphic designs that adapt easily to skin art.