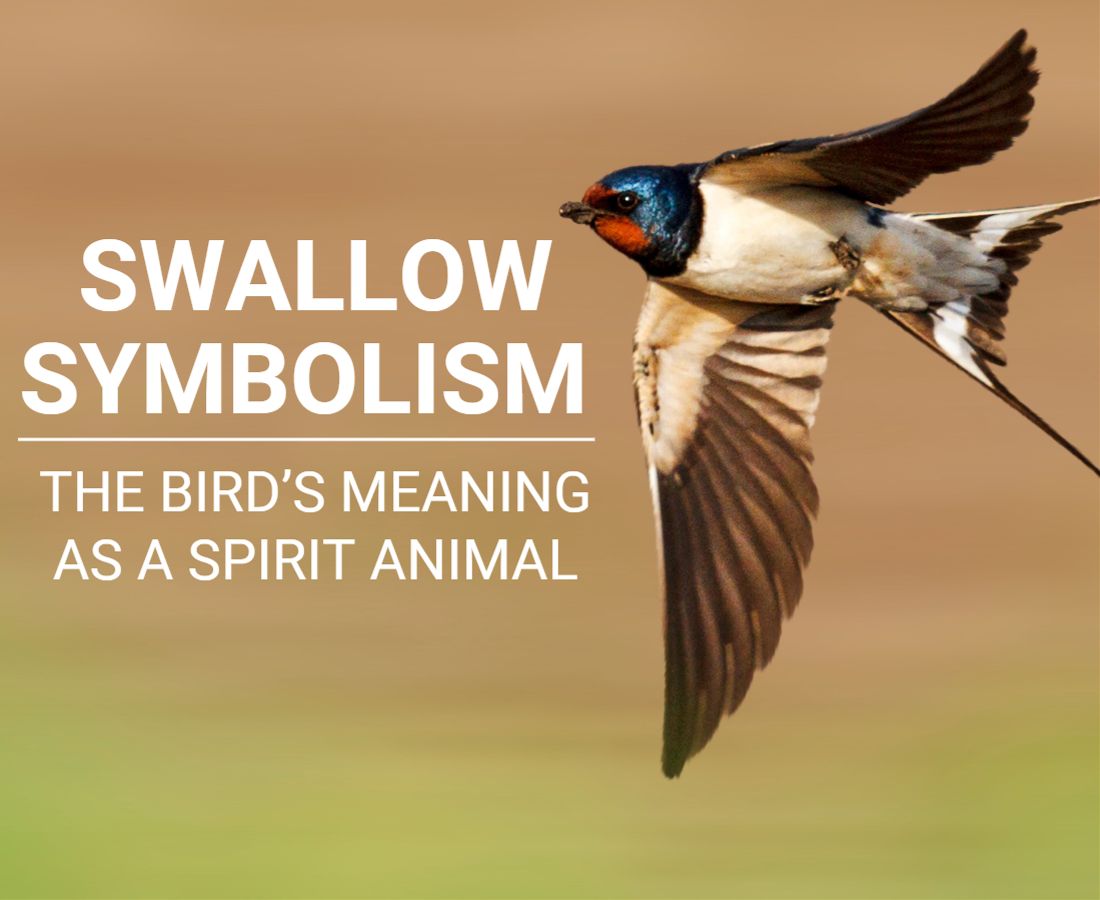 The swallow is a highly symbolic bird that has many different meanings and associations. One of the most famous symbols associated with the swallow is good luck. The swallows are migratory birds, which means their movement can symbolize success or failure in life.

They also represent hope for those who have lost loved ones. In some cultures, they are thought to be messengers from beyond the grave and bringers of springtime joy to newlyweds.

For Christians, it represents resurrection and rebirth after death; when Jesus was on Earth he said “I come that they might have life.” So at Easter time, we celebrate Christ Risen!

They are small passerines that are known for their flight prowess. They are able to detect sudden changes in moisture in the air. This ability helps them to be agile when flying. They are also very keen on observing their prey due to the structure of their eye, which enables them to see both frontally and laterally.

The combination of these two characteristics allows them to catch and feed during flight. Despite its small size, it can easily hunt and catch its prey, gaining the admiration of many people. This gave birth to the swallow bird symbolism.

What Does a Swallow Bird Symbolize?

A swallow bird can mean many things depending on a person’s cultural background. For ancient Greeks, these birds represent their goddess of love, namely, Aphrodite. The Greeks believed that swallows have the ability to bring love and happiness to a person.

For the ancient Romans, they associate swallows with the embodiment of the lost souls of children who died during childbirth. Lastly, for modern Christians, these birds mean rebirth or new beginnings.

No matter what the cultural meaning of these birds is, one can conclude that they symbolize a form of hope. This may be the reason why these birds are usually protected in the vast majority of cultures.

Meaning as a Spirit Animal

Spirit animals are a reflection of one or more traits of a person. Swallows are easy-going, lovable, and cheerful animals. Having such traits, also means that if a person has a swallow as their spirit animal, he or she is likely to be happy, peaceful, cheerful, and easy-going as well. People who are likened to a swallow are sociable. They like to spend time with their friends and family.

Another trait of the swallow symbolism is its gracefulness. These birds move in fluid motion in their air due to their adeptness in flying. Many people believed that if a person exhibits grace, she may have a swallow as her spirit animal.

The Swallow as Your Totem Animal

Swallows have believed to bring happiness and luck to a household. It also signifies protection to a family. Whenever a swallow leaves a home, it may mean that there will be unfortunate events that may happen in the future. This bird also symbolizes leaving the past behind.

As a totem animal, it warns a person that if he needs to find happiness in his life, he should move on from his past. He needs to let go of the past worries that are making him suffer, especially of the things that he has no control of. In addition, it can also mean that someone may have caused you pain recently and you have been distressing over it.

In ancient times, the swallow is the totem animal for healing, fertility, and maternal instincts. The latter has been demonstrated frequently in ancient times when mothers use them as totem animals whenever they lose a child during the birthing process, This is due to their belief that they embody the soul of their deceased child.

What Does It Mean to Dream of Swallows?

Swallows are a symbol of change. This is because the Swallow has one of the most extreme migrations of all birds, going from being found in both North and South America to Eurasia and Africa during the winter months. It can be seen as an indication that someone will soon have their lives drastically changed or moved around – whether they like it or not!

In some cultures, dreaming about swallows also means hope. When you are feeling hopeless, imagining these beautiful creatures soaring through the sky may remind you that there are still good things out there waiting for you.

What Does a Swallow Tattoo Stand For?

Bird tattoo meanings are a very common search phrase on Google – Bird tattoos are popular due to their beauty and the particular stories behind each species.

Sailors also believed that swallow tattoos will increase their chances of returning home safely. They usually have a swallow tattooed before going on their journey and have another one when they arrived at their destination. This belief stemmed from the fact that swallows will always return to the same place annually to mate and make their nest.

Some swallows build nests made out of mud, like the Cave Swallow, the Cliff Swallow, and the Barn Swallow

In addition, they also believed that swallow tattoos will guide a drowned sailor’s soul toward heaven.

On the other hand, English fighters also use swallow tattoos to make their fighting abilities known to others. These tattoos are painted on their knuckles. It is known that if a fighter has a swallow tattoo on his hand, he is not an easy opponent because of his strength and swiftness during fights. 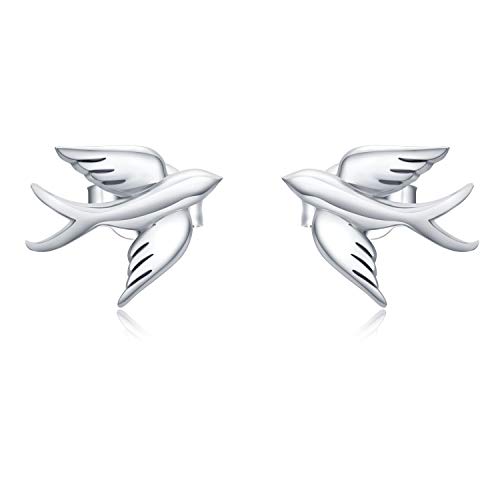 The swallow has long been a symbol of new beginnings. It is also considered an omen that something good will happen soon to the person who sees it first thing in the morning, and for this reason, many people believe it should be their totem animal or spirit animal.

Swallows are used as symbols in heraldry because they can migrate great distances from wintering grounds back to summer breeding sites, which means they represent travel and distance. They have historically been revered because of how hardy they are, but there’s more!

There is evidence suggesting that swallows may even act as messengers between heaven and earth; some cultures believed these birds were able to communicate with spirits on behalf of humans living below.

The (tree) swallow made it also on our list: Birds That Are Blue as well as the top 10 birds that attack humans.

Bird nest soup is often made of Swallow’sbird nests. They are particularly prized in Chinese culture due to their rarity, high nutritional value in nutrients such as protein, and rich flavor. Edible bird’s nests are among the most expensive animal products consumed by humans, with nests being sold at prices up to about $3,000 per pound ($6,600/kg), depending on grading.

Check Gordon Ramsay discovering them in the video below…