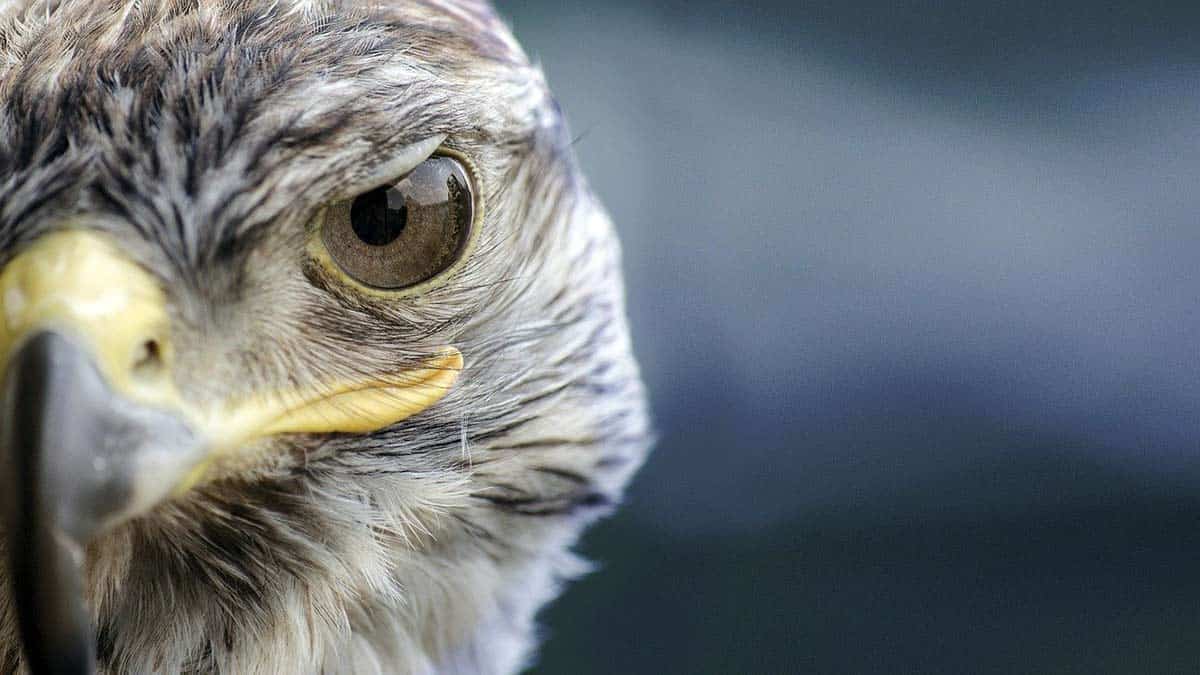 The falcon has a long history of being associated with many different cultures. The meaning of the Falcon symbol can vary depending on the culture it is connected to, but there are some common themes that you will find in most cultures. In this blog post we will explore some of those themes and meanings as well as where the association between falcons and various people comes from. We hope that you enjoy!

Falcons are great birds who are revered across many cultures and traditions as spiritual entities. However, in the midst of the different perceptions of falcon symbolism, there are certain aspects that transcend spiritual, cultural, and social differences. In this article, we would explore the symbolism of these birds of prey across different cultures and their spiritual implications.

The wing of the Falcon brings to the king, the wing if the crow brings him to the cemetery.

What Does a Falcon Symbolize?

Historically, we find that falcons represent different things to different people. Different cultures around the world see the falcon as standing for a number of different things. For some, it is a symbol of victory and might, while others view the bird with a more calm reflection or even consider it to be an omen from their gods. Those who have seen these amazing birds take flight will know that there are few sights quite like them in nature. Here we explore what each culture says about this magnificent creature and how they use its image in their work today.

All over the world, falcons have always represented the strength of leadership and the (bird) vision of a hunter; the uncanny ability to see beyond what may present to others as reality and to channel self-leadership and independent thought.

Others say a common meaning of the Falcon is that they are a fierce hunter and symbolize power, strength, courage, nobility, and vigilance. Another theme with falcons is their connection to fire because they can be seen as an omen for war or famine.

Many cultures believe that the falcon is a creature of light and associated with solar energy. This goes back to an ancient Egyptian belief that birds were messengers from the sun god, Ra. The hieroglyph for Ra was often depicted in an animal form which could be any number of things including a bird-like being or an actual bird such as hawk or eagle. However, they chose most often to use a falcon (or sometimes other birds) because it represented his strength and power as well as bringing messages from him across the sky on behalf of man according to some texts. It is also said by many people who study these symbols that when you see two heads facing opposite directions on either side of each other it means divine forces are working.

Spiritual Meaning of the Falcons

The spiritual meaning of the falcon is often associated with wisdom. It has been said that if you give a person or another animal one of your feathers, they will gain some of your knowledge and then be able to teach others what they have learned. This ties in well with how the Falcon totem can signify an individual who knows his/her place in this world and takes responsibility seriously.

Click here to read about the spiritual meaning of falcon feathers.

The spiritual meaning for these birds also goes beyond just humans though as there are many accounts from indigenous tribes about animals being given human qualities such as speech, intelligence, or emotions through various ceremonies involving falcons. The tribe’s stories would seem unbelievable to most outsiders but it was not uncommon for them to believe these things took place in order for nature to stay balanced.

For many people, across diverse spiritual inclinations, the falcon is no ordinary bird. It invokes deep spiritual connotations and this is with good reason. The falcon is a highly spiritual bird. For this reason Ra, the Ancient Egyptian sun god was often depicted as a man with the head of a Peregrine Falcon decorated with the solar disk.

The falcon also symbolizes victory. And in a spiritual sense, it is translated to salvation for those believed to be held in emotional, spiritual, or moral bondage. Interestingly, in ancient Egypt, falcons were released at the burials of Pharaohs. The Falcons were expected to guide the spirit of the deceased kings to the great beyond. This emphasizes the ancient view of falcons as some sort of middle force between the mortal earth and the divine and eternal heavens.

As falcons, especially peregrine falcons are known to travel long distances, migrating for food and mating, in a spiritual sense, falcons could represent a wandering spirit. It may be important to recognize if this is a part of you that needs some level of attention.

The Falcon as a Totem Animal

People with the Falcon Totem are very self-confident and have a strong sense of who they are. They feel that their life is theirs to live, which makes them more spontaneous than some people might be comfortable with. This totem would suggest that being a free spirit can lead you in the direction of your destiny and when someone has this as their totem it means success almost always follows close behind.

The Falcon Totem symbolizes strength, power, ambition, courage, and confidence; these qualities describe why many associate falcons with royals or warriors throughout many different cultures’ history. For example, The ancient Egyptians associated the falcon with Horus (the god) because he was considered a sky deity whose soul resided in all birds including hawks and eagles while the kings wore a crown to show that they had descended from the gods.

These traits can also be interpreted as: passionate, exciting, and high risk-high reward behavior or even being too driven or ambitious for your own good at times; but if you’re willing to walk on the edge of success then this power animal will guide you there.

The falcon totem is often seen as predictive of prosperity because it possesses noblesse to oblige in its willingness to hunt small prey (such as rats) which benefits all animals by getting rid of pests. This means that people who have adopted these birds into their lives are more likely than others to give back when given an opportunity to do so.

If your totem animal is a falcon, you could be given to enduring patience. This proves useful for when you need to take a step back to reassess a situation to make an informed decision. You are able to focus keenly on tasks and sometimes leads to you requiring a level of privacy to enable you to focus on your strategy.

The falcon totem is full of energy. So falcon people make great scouts and as they get older, they tend to be revered mentors by others who share a curiosity and thirst for discovery.

The Falcon Symbolism in Different Cultures

In ancient Greece the falcon symbolized power, courage and victory. This is because the falcon hunts other birds in order to feed itself; it has an impressive ability to kill prey that are much larger than its size.

This was also a logical choice for Greeks as their culture saw themselves through many battles with neighboring cultures which would have been seen as victories or conquests by them at the time. It was not uncommon for Greek warriors to paint their shields blue so they could identify each other on the battlefield and sometimes this coloration remained until today on various flags such as those of Ethiopia (which use red) or Kuwait (which uses green).

According to the beliefs of Native Americans, the upper world(the heavens) is connected to the lower world(mortal earth) by the sky and the falcons were able to navigate both realms of consciousness as messengers of the gods. The Mississippi natives employed the use of dance and sound to symbolize the power of the falcon. The falcon was also regarded as a great advocate in times of warfare.

For the Aztecs, it was a symbol of health. The ancient civilization considered their gods to be able to transform into falcons at will so they would often wear masks that resembled them as this bird in order to honor them. This meant that these birds were seen with great reverence by those who worshipped these higher beings.

Falcons in the Bible

In the bible, the falcon is not given a one-dimensional representation. Mainly regarded as a predator bird who preys on its weaker victims; victims that require saving. Reference can be made to Job 28:7 which says, “The path no bird of prey knows, Nor has the falcon’s eye caught sight of it.” This further expounds on a safe place where people could not be harmed. The analogy being used attempts to depict a falcon and its prey and uses it to refer to a weaker human and their enemy.

Others say the falcon is seen as a symbol of Christ in that he took on the form of a bird when he ascended into heaven.

Meaning of Seeing a Falcon in your Dreams

When you dream about Falcons, it is often a symbol of freedom and power. Falcons are very strong birds, so they represent the ability to break away from any constraints that may be holding you back.

Falcons can also signify aggression or dominance in your life, such as when your boss tells you what to do at work every day with no room for debate. If this is resonating with you, then maybe there’s an area of your life where you need more control?

Falcons in your dreams can also represent a powerful force that you may not be able to easily shake. The Falcon is often thought of as the bird’s spirit animal and in many cultures, if someone had this type of dream they would believe that there was an angel or other benevolent being watching over them. You might also have dreamed about Falcons because your subconscious mind knew you needed their help with something.

What Does It Mean When You See a Falcon?

Seeing a falcon, most especially in dreams could mean different things:

Peregrine falcons may be popular for their physical endowments but these aren’t the most significant attributes of the bird. Peregrines are symbolic in ways that transcend the physical to hold deeper truths.

The peregrine falcon, for its high intellectual capabilities in judging and outsmarting its prey is a symbol of deep mental prowess; deep enough to enable one to connect with their higher self and display signs of spiritual sensibilities. The peregrine falcon is strategic and analytical, thereby signifying an uncanny ability to focus deeply on the things that move the mind and spirit.

For its strength and agility, the peregrine falcon acts as a symbol of martial skills and aggression. It’s no wonder it has been used as an emblem of  war among ancient germanic tribes. Peregrine falcons can migrate over thousands of miles in search for food. This is a symbol of determination and strength.