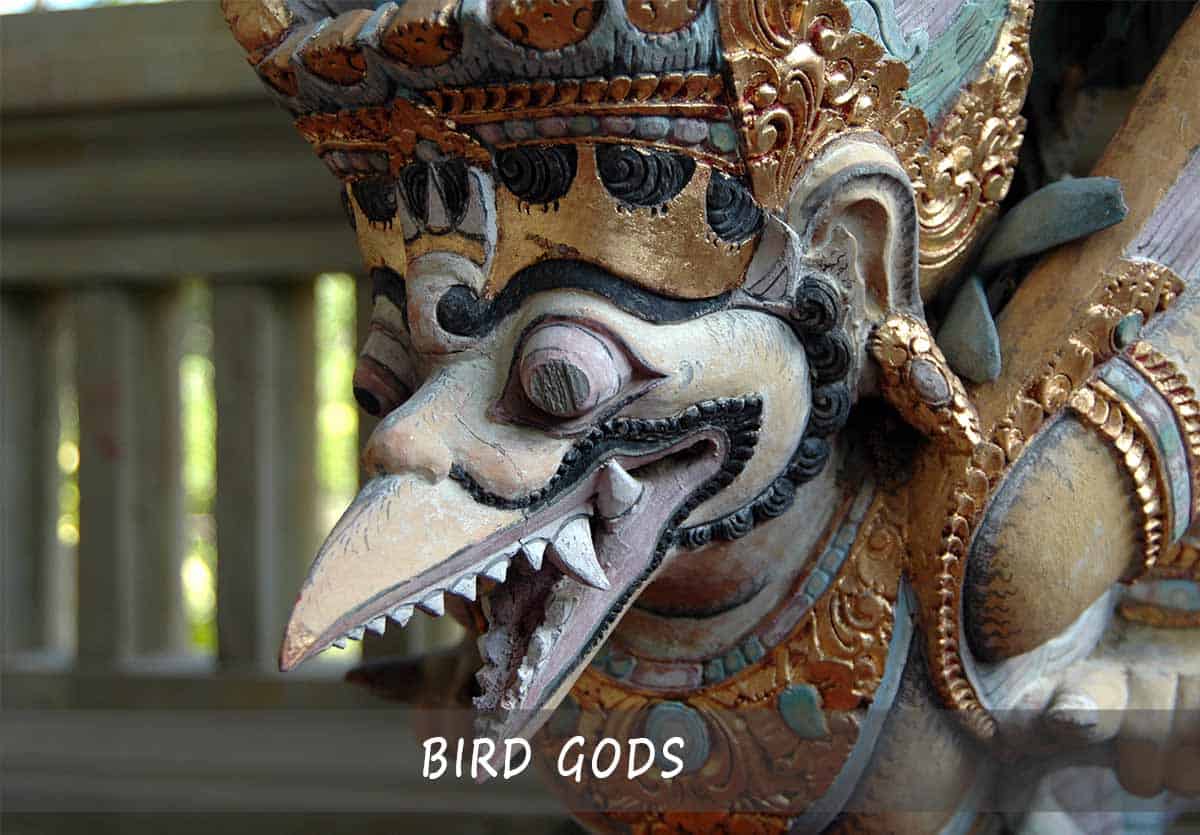 The human imagination has found the divine in most animate objects and creatures. Birds are one of them. Whether in Asian, Aztec or Hellenic myths and folklore, birds have consistently been mentioned and regarded as divine entities. In Indian, Greek, Mayan, Aztec, Egyptian, Native American and many other mythologies, birds have found mention as very powerful Gods or helpful divine beings who have consistently assisted mankind.

The bird gods are a fascinating and diverse group of deities. The fact that they can be found in cultures all over the world, often across many different time periods, is a testament to their importance in human society.

This blog post will explore what the bird gods symbolize and how their power has evolved throughout history.

The Egyptian bird god is one of the most important and popular. This deity was usually depicted with a human body but had an animal head representing the type of creature they were. The falcon-headed sun God Horus or Ra is often shown as being at the top of this hierarchy. Below him are other types including hawks, vultures, and eagles who symbolize protection from above in different ways. More benign birds like doves represented peace while others such as swallows could signify happiness depending on what context they appear in.

Here is a list of Egyptian bird gods and their meanings:

In ancient Mesoamerica, Quetzalcóatl happened to be among the most significant gods. He was seen as a combination of rattlesnake and bird, and referred to as the ‘Plumed Serpent’. He is actually the Aztec version of the Serpent deity with feathers. He was regarded as the one to bring maize and control the wind. He was regarded as the one to be involved in creating the Aztec universe.

Originally regarded as the god of vegetation, Quetzalcoatl began to be seen as the one to invent books and calendars. He was regarded as the patron of priests and the God of Wind. Often, he was also regarded as representative of death and rebirth.

Gucup Cakix, Itzam-Ye and Tecumbalam are some of the other major bird gods in Mayan mythology. Itzamná was regarded as the main bird deity. According to a few ancient Mayan artefacts, Itzam Yej is the name of Itzamná. Itzamná is often supposed as a combination of the Principal Bird Deity and Pauahtun.

Athene noctua, a tiny owl, is a part of Greek mythology. It accompanies or traditionally represents Goddess Minerva or the virgin goddess of wisdom, Athena. In Greek mythology, Anthus is regarded as the God of birds. Apollo and Zeus, due to pity for a grieving family, changed the family members into birds. It is even mentioned that Anthus changed himself into a bird that neighed like a horse.

While some of the birds were regarded as messengers for gods, others like owls are related directly to specific gods. The Owl symbolizes Athena, the Greek goddess. Many of the birds are related to the concept of souls. The flight of these birds is regarded as representative of the journey of the human consciousness following demise.

In Native American mythologies, birds as animal totems symbolize the guide and helper of spirits. These include birds of prey, water birds and songbirds. Often, birds represent light-hearted liberty. There are many ritualistic and spiritual uses of the feathers of birds in North American traditions.

Turkey, Crow, Eagle, Hawk, Owl, Raven, and Thunderbird are some of the most popular birds in Native American mythology. Each of these birds represents a separate God or Goddess and stands for unique qualities or virtues. There are many beliefs associated with these birds.

In Hindu mythology, Garuda is a legendary creature that looks like a bird. It is also mentioned in the Jain and Buddhist faith. He is mentioned as Shantinatha, the Jain Tirthankara’s Yaksha, the Astasena in Buddhism and of course, the vahana or the vehicle mount of Lord Vishnu, the Hindu God.

Garuda mentioned in the Hindu mythology is a combination of human and eagle, and has features of the two. He appears on the banner of Lord Vishnu and transports him to various places, serving as his personal vehicle. He is said to be the foe of serpents and symbolizes heaven and birth. Often, this god symbolizes growth.

The bird gods often symbolize the idea of freedom or transcendence. They are also a sign of hope and can be seen as messengers from other worlds, bringing messages to humans. This is just one way that birds have been used in mythology for centuries; there’s no denying their powerful symbolism across cultures and time periods. Whether you believe them to be divine beings or simply another animal on this earth, it’s undeniable that birds play an important role throughout history and continue to do so today!