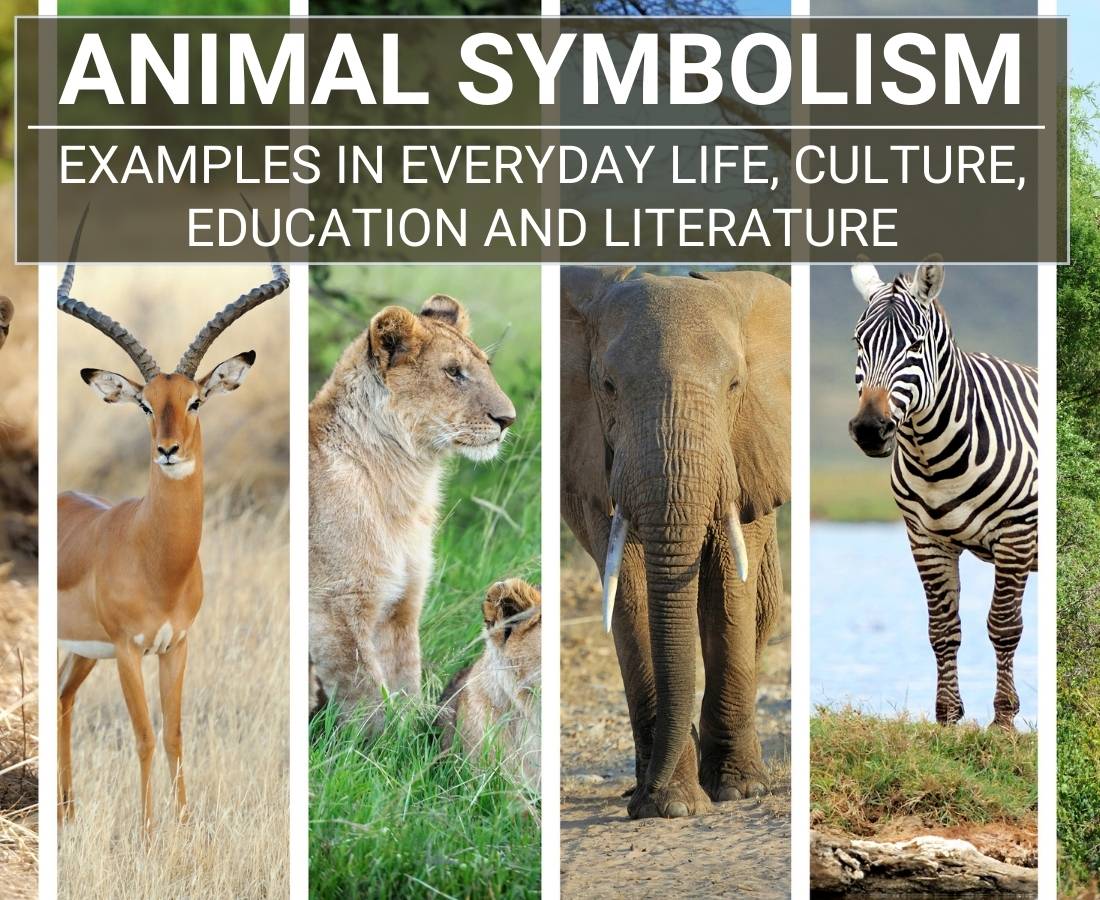 In films, paintings, and books, artists often use animal symbolism to create a mood, communicate ideas or foreshadow events. Bears are a common symbol of strength, and lions often represent courage. Owls usually represent wisdom, ravens are often prophecies of doom, and vultures symbolize death. Here are some more examples of animal symbolism.

In Native American cultures, animals can explain the universe and inform human values and morals. In many legends, the earth was created by a giant raven. Native American religions require that animals be treated with great respect and attribute them to powerful spirits.

Members of indigenous tribes believe that if they choose an animal totem, it can help to guide them and build character. One of the ways they find their totem animal is through dreams.

In Asia, animal symbolism is also significant. They are often the subject of stories and art where each animal has its own special meaning. In Japanese culture, hawks are associated with wealth and status. Cranes spiritually represent well wishes. In China, animal symbols come from the Chinese zodiac, where people fall into an animal category based on their year of birth.

Students studying literature as part of their education may have to analyze animal symbolism in books. In the novel Frankenstein by Mary Shelley, Victor Frankenstein succeeds at making a living being that’s insightful but is perceived as an animal rather than a human by society.

If you’re a student at college, you can write your Frankenstein essay with the help of GradesFixer. The free essay samples will make your research work and writing process easy. With external help, you will have ample time left to enjoy yourself after the essay is complete.

A famous poem by Samuel Taylor Coleridge, “The Rhyme of the Ancient Mariner,” tells the tale of a sailor who slaughters an Albatross, a sign of good luck to the crew. The crew ties the dead bird around the sailor’s neck, and he carries it as a symbol of his guilt.

In the fairytale “Little Red Riding Hood,” the wolf is a symbol of danger. In “The Raven” by Edgar Allen Poe, the raven is a symbol of the narrator’s grief. Aesop’s fables use animals to convey morals or lessons.

Doves are divine messengers in the Judeo-Christian Bible and symbols of peace and hope. The ass and ox were present at the birth of Christ and recognized Him as the son of God, and so they represent faith.

The lion and the lamb are symbols that run throughout the Old and New Testaments. They both symbolize Christ – the lamb that was sacrificed and the Lion of Judah. The whale who swallowed Jonah and spat him out again symbolizes Christ’s crucifixion and resurrection.

Many people attach significance to animals as symbols in various areas of daily life. Ants and bees are often symbols of industriousness and hard work. Butterflies are symbolic of transformation and progressing from one stage to another in life.

Black cats are often the subject of superstition, but in general, cats are thought of as symbolizing dexterity and good fortune. Dogs generally symbolize loyalty, faithfulness, and companionship.

Many people today have tattoos of animals that have highly subjective personal meanings to them. Butterflies, snakes, wolves, birds of prey, and bears are just some of the animals that appear in tattoos. Birds are often used in tattoos as symbols of freedom and transcendence.

In Ancient Egypt, gods were often depicted as having animal attributes. Many of the deities have animal heads. In Hindu mythology, many of the gods have sacred animals, and they are venerated in art and stories.

In Greek mythology, the gods have the ability to shapeshift into animals. Zeus appears as a bull, swan, cuckoo, and eagle. Greek mythology associates the owl with Athena, the goddess of wisdom. Animal symbolism examples in Celtic and Welsh mythology are tied in with fertility and vitality. Numerous Celtic myths tell of a heroic figure or deity who was changed into a crane.

Animals are an essential element of the human experience and are full of meaning. This is why they find their way into daily life, culture, education, and literature. Animals are often revered for the traits they embody. In many religious practices, they symbolize gods, and even in normal daily life, most individuals associate them with specific traits and meanings.