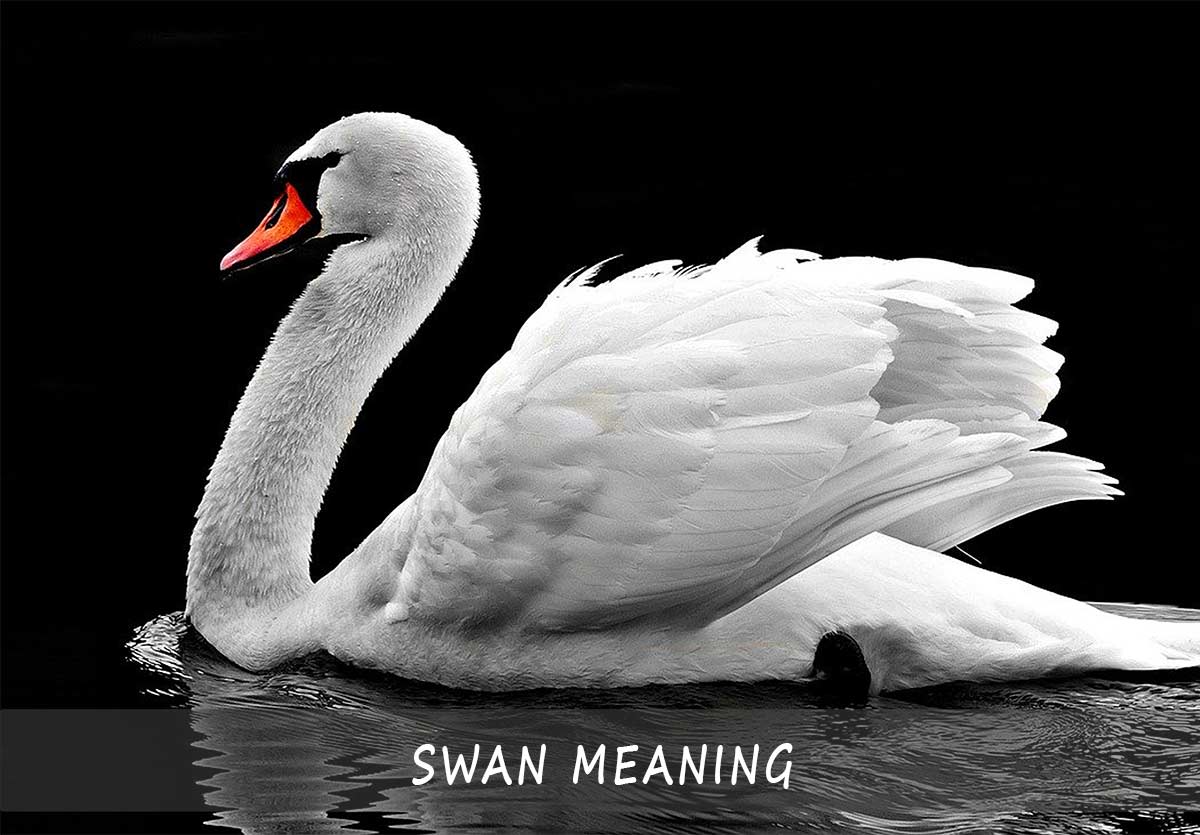 The swan is part of many myths and legends from around the globe. According to one popular tale, when beautiful women wore a magical coat made of the skin of swans, they would transform into swans. Such a maiden would have to marry any man who discovered the magic coat. Otherwise, she would have to obey the man’s will. Such legends show that the swan totem is a very old one. Read on about the most important facts regarding the swan meaning.

It also symbolizes eternal life, as it combines the elements of water and air..

The numerous blessings that you are showered within life. You might not have the best life but can have plenty in your favor. It reminds you that you need to be thankful for every small thing that pleases you in life – such as the love that you get.

Not walking away or giving up. It represents faithfulness and the importance of sticking to a single mate for their entire life. If you are having any differences with your mate, start communicating better in order to enjoy a better time.

Beauty: the bird is associated with Goddess Aphrodite, who stands for love and romance. Having it as a guide means that you are likely to get true love. If you are away from your true love, it can teach you about loving him / her through time and space and having a lasting, harmonious relationship.

Significance of Swans in Dreams

Dreaming of birds is a common thing. Having Swans in dreams reflect well-being in life. The creature stands as a guarantee of fortune, dignity, wealth, beauty, and purity. It predicts happy occasions such as marriages, and also indicates your satisfying married life with your loved one.

The symbolism of swans changes according to color. A Black swan represents the protective nature of love, the freedom and happiness obtained in assisting other people, and a sense of equality. It is also representative of deep mysteries of the soul which crave to be free. Another black swan metaphor is one of a rare unexpected event but has very significant consequences/impact (an extreme outlier so to say). The term is based on an ancient saying that presumed black swans did not exist – a saying that became reinterpreted to teach a different lesson after the first European encounter with them. Some people refer to the COVID19 outbreak as a black swan.

White swan is symbolic of purity. It represents giving up on all negative thoughts.

Bird tattoos are popular these days. Swan Tattoos are loved by women as the bird is associated closely with femininity, beauty and elegance. It shows all the traits that perfect women are associated with. Most of the swan tattoos are delicate, and hint at the gentle and soft nature of females. The colors of swan tattoos change their meaning.

Black swans are regarded as too rare, which makes them the symbol of fear as well as respect. This is a much-respected totem in some of the Western Australian aboriginal tribal people. However, the contrary is true for people in Europe, as a black swan means the loss of purity and innocence. However, for some people in some countries – such as the USA, black swan tattoos mean exotic beauty and rarity. These represent the wish to move against the existing state of affairs.

These are quite closer in meaning to Black Swan Tattoos, although there is some variation between these two. Black Swan Tattoos are indicative of going against the grain and being a rebel while Tribal Swan Tattoos symbolize the more complex and deeper spiritual side of the human personality and are believed to represent some divine elements.

The Swan has the most central role in Irish and Celtic cultures. These graceful birds have been a part of many Celtic and Irish folklores, which associates them with natural elements. These are believed to have divine connotations. In Ireland, the bird has a very far-reaching impact. Celtic Swan Tattoos associate the bird to Eire’s primitive culture and reveals the spiritual aspects of the creature.

A swan feather, similar to the peacock feather meaning, has a strong symbolic meaning. It symbolizes the love, support, and healing effect provided to your physical and emotional self by those who have guarded you in life. Have you recently found a Swan’s feather? An interesting act is that white feathers are weaker and less durable than black ones.  Why? It has to do with the protein melanin, the same stuff that makes light-skinned people tan and gives some people freckles.

The swan was very sacred to the Native Americans and they used its feathers to make ceremonial fans, cloaks, and feather jewelry. The whiteness of the swan represented grace, purity, beauty, strength, wisdom, and old age. Feather artwork has been reported in many native cultures.

So the swan feather meaning tells you that you being guided to express the truth in a situation that is around you. The outcome will favor those who are coming from a loving truth space rather than a space of hurt. Breathe in the energy of compassion and peace, allowing all those involved to be surrounded, by white-feathered light. Know that you and all those involved are being guided to the best result. The truth will set you free. Believe and trust in this.

[Video] Swans in Folklore and Superstition