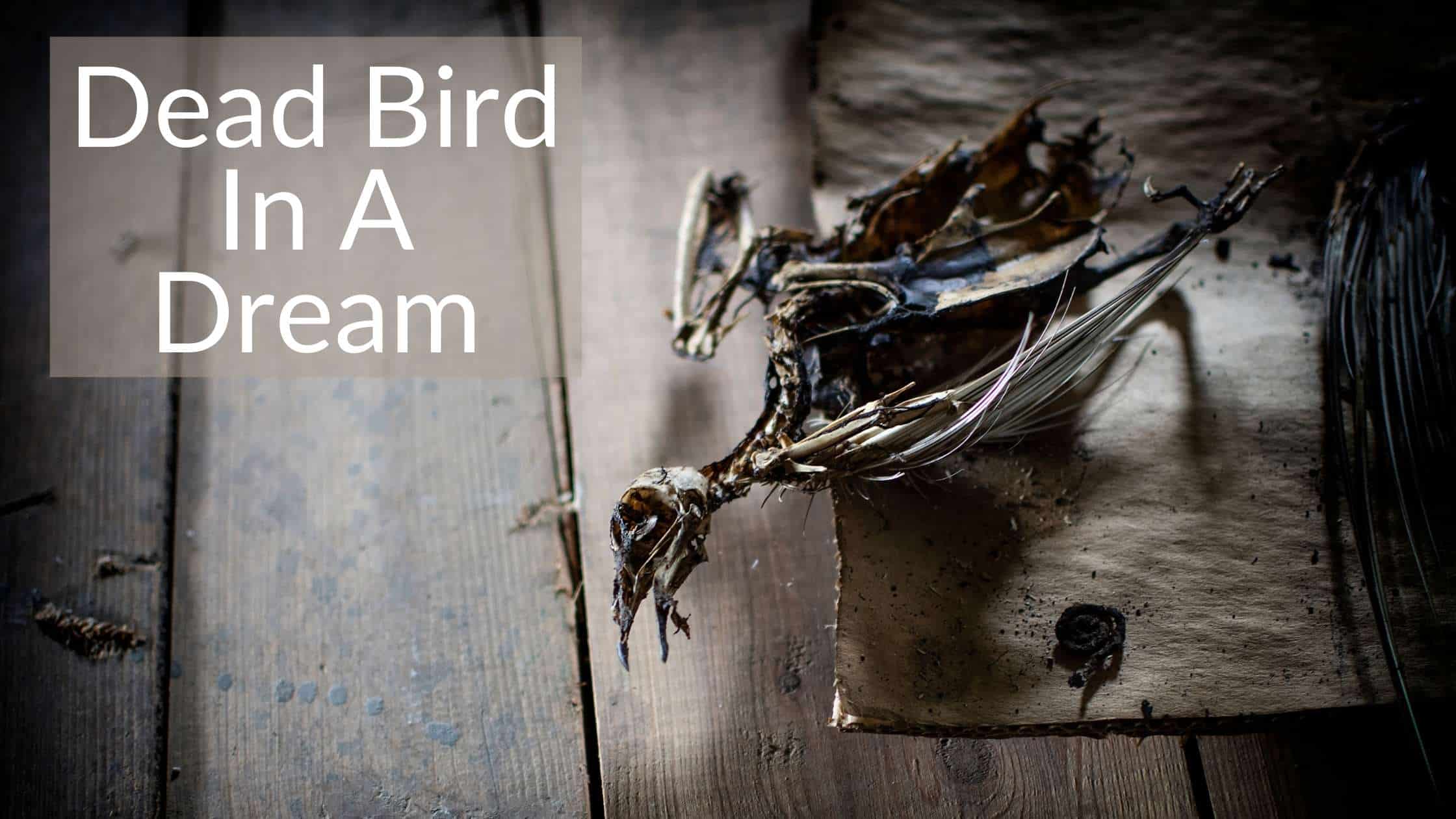 What does it mean if you dream of a dead bird? You may have had an unlucky day or you might be feeling that life is not worth living. Some people see the death of a bird as a sign to change their habits and take care of themselves better, while others think it means they are in need of emotional support. The meanings behind dreaming about birds can vary depending on who interprets them, but there are some general themes common among most interpretations. Let’s explore some potential symbolisms in this article.

A dream is a succession of ideas, images, emotions, and sensations that occur involuntarily in the mind during certain stages of sleep. Although the content and purposes of dreams are not well understood, there are a lot of religious and philosophical interests throughout history. Thus, the art of dreaming of birds is not as new as people have been dreaming about weird things. They dream about flying, falling, giving birth, being naked in public, you name it.

However, a dead bird in a dream is in another class. What exactly does it mean? The traumatic experience may cause someone to run up and down, looking for the omen associated with such a dream.

Among many cultures today, birds are seen as a symbol of divine inspiration. However, dreaming about dead birds tends to draw some sense of attention. A lot of dream interpreters have tried to link such dreams with certain omens in life.

For instance, among the Asian cultures, dreams symbolize immortality while as among the Indians such dreams are associated with departed souls. Among the Christian communities, birds appear to represent saved souls. However, other people believe associate such dreams with the art of losing loved ones. People love birds. Thus, when a dead bird is seen in a dream, there are chances that one has lost someone who is closer to them.

The Bird is the Messenger

Birds always send messages of some kind. Flying birds are often associated with peace and hope for something good in the future. However, you might be undergoing tough times in life. All of a sudden you may dream of a dead bird. Death may symbolize the end of this suffering and the start of a new life. The aspect relates to the fact that most birds are of divine nature and often used to bring forth some spiritual messages.

In line with these allegations, such a dream symbolizes the end of a situation in life that might be disturbing. However, such a claim depends on several facts, such as religion or the cultural background of the dreamer. Other factors that determine the meaning and interpretation of such a dream include:

The Species of Bird Makes the Difference

For example, the death of a dove may be linked with a lack of peace in the future, while the death of a vulture in a dream may symbolize the end of a situation in life. Also, the content and the feeling about dreams help in understanding the messages put across via such a dream.

A bird symbolizes freedom and carefreeness in dreams, whether a dove, blackbird, swallow, raven, buzzard, woodpecker, eagle, sparrow, hawk, or little tit. It is also considered to be the bearer of happy news and announces positive changes in the life of the dreamer.

If, however, a dead bird is seen, perhaps even a dead crow, the dream stands for the opposite: rather, it bears witness to the fact that a part of the dreamer’s life also dies, a certain period of time passes by. It is possible that in the near future the person concerned will have to forfeit a part of his freedom and independence, or he will be confronted with problems that cause him great concern. In this sense, a change is also awaiting him, but in a negative way:

The soon-to-be changed in his life will be the reason why he will no longer be able to develop freely, will be dominated by depression and worries and a happy time will pass.

Other communities see dead birds in dreams as a good sign. Most of them claim that death, in this case, symbolizes the end of turmoil or pain. Others believe that a dead bird does not express a physical death but metaphorical death. Maybe you are going through a hard time, perhaps you are suffering from heartbreak, or maybe you are struggling to secure a job. The death of this bird in a dream may symbolize the end of this struggle, pain, or search. In other words, it may signify that a new beginning of life is around the corner. Thus, people hold to the fact that such dreams mean the end of one thing and the start of something else.

Among the tarot community, death is not a bad thing. Death to them marks the end of something that no longer serves you. Therefore, a dead bird dream is celebrated as it represents a shift from something old and odd to a new thing that is more relevant in life. Thus, instead of waiting for a bad omen, the tarot expects positive changes to take place in their lives.

Omen Associated with a Dead Bird in a Dream

It appears as if you are looking for the omen associated with a dead bird dream. However, that depends on what you believe about death. In most cases, there is no inherent meaning related to the mortality of things. In most cases, such a dream symbolizes a change in your spiritual nature and represents things that need to be worked on spiritually. To such a degree, instead of looking for a bad omen associated with such a dream, look deep in your life and consider what you have been going through in the recent past. You might be holding your brains in the reflection or rather, the representation of unfulfilled needs in your spiritual life.

The Symbolism Behind a Dream with a Dead Bird in it

An omen, in most cases, foretell the future and signifies an advent of change. For instance, if you find a dead bird in your yard, you may feel as if it is a bad sign. Running into a dead organism is not pleasing anyway. Along these lines, people get nervous whenever they encounter a dead bird dream and start looking for omens associated with the experience. The meaning they find and the dream interpretation they get often worry them more. However, just as some communities believe, the death of a bird symbolizes the end of something you no longer need and signifies the end of a specific thing, and marks the beginning of another.

In a nutshell, you do not have to lose your focus or rather have sleepless nights as you look for an omen associated with a dead bird dream. Instead, be positive and look more rooted in your life, and try to identify the things that seem dead in your spiritual life. In most cases, the imagined perception of a bad omen being linked with such a dream does not exist. Thus, admit you might be going through some struggles in life and death, in this case, symbolizes the end of this era. I hope that this paradox meaning of the dream will find you thinking of some intrinsic meaning of your life rather than looking for bad omens associated with it. In other words, be positive and find a way of boosting your spiritual life instead of expecting a bad omen in the future.

From a psychological perspective, the dead bird dream is precisely an image for one’s own inner mind, just as for the visionary’s spirit. On the off chance that the winged creature is dead, this can be an indication of serious mental issues of the individual concerned. Something has kicked the bucket in him, maybe he feels unfulfilled and dead inside, finds not any more main thrust in regular daily existence.

It is significant that he learns, perhaps at the same time with proficient assistance, to rediscover his fearlessness to confront life and to attract new solidarity to participate in his own destiny and that of his kindred people.