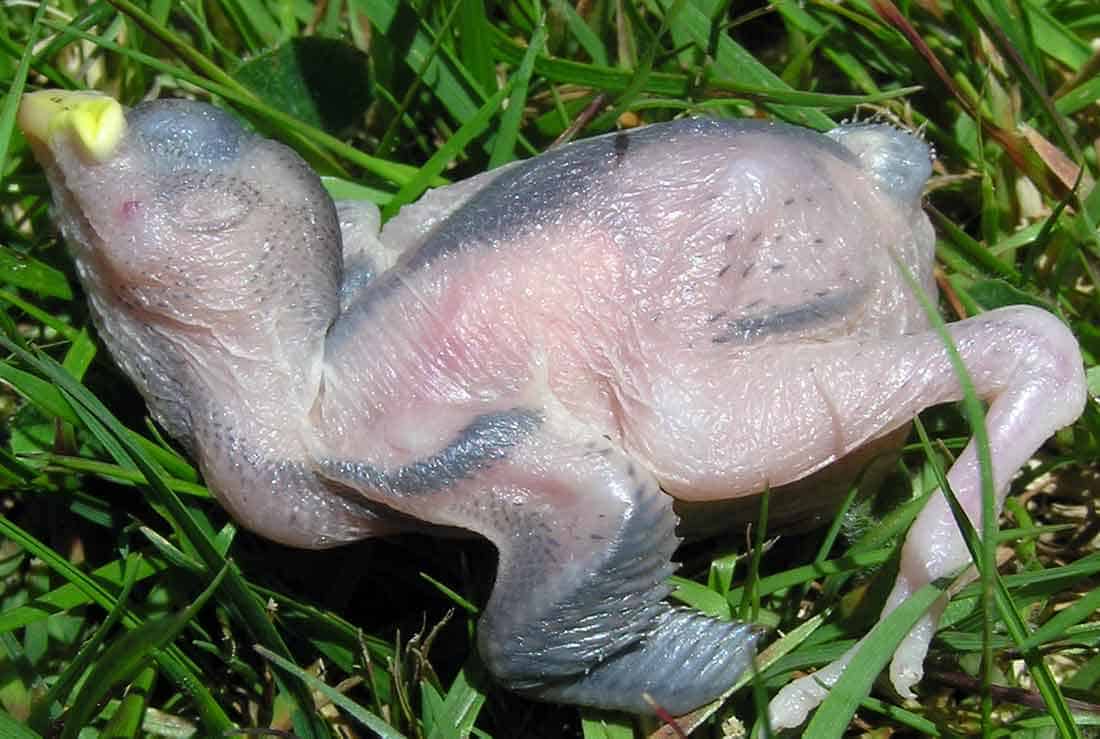 Before you allow your imagination to drift, the answer has nothing to do with Armageddon. Although it is always sad to find dead birds, particularly those that are very young, this wistful occurrence is a normal part of the environment. With their fluffy feathers and squeaky calls, baby birds are naturally appealing to humans as well as to those of their parents, for which seeing them in distress can draw anyone to take action. While things might all look pleasant when you see young birds feeding happily in your garden, life is far from being easy for these insistently cute creatures, making it all common for us to encounter a dead baby bird.

Why Do Baby Birds Die?

With only about 30% of baby birds surviving their first year of life, the mortality rate of either hatchlings or nestlings can be considered high. Too young to leave the nest, chicks can fall off for reasons ranging from attempts to take flight before it is time-appropriate to animals of prey scaring them to perform premature hops. Though fledglings are fully feathered and may seem ready to jump and flutter their wings, hopping out and landing on an unprotected spot leaves them vulnerable to predators that wouldn’t mind having young birds for their meal.

Considered as one of the bird kingdom’s biggest and most relentless nemesis, reports say that cats kill between 1.3 and 4 billion birds a year. While some predators such as hawks, owls, and falcons eat their prey, cats employ their furry paws and sharp claws just for the thrill. Although these young fledglings can bounce back on their feet after getting injured, here are several factors that can lead to such unfortunate situations:

Resisting the urge to come to the rescue of a helpless-looking baby bird out of its nest can be difficult. But baby birds can be quite resilient, in which there may be times when all you really need to do is to put them in a spot away from the eyes of potential predators and wait for nature or its flock to save them from danger.

Dead Baby Birds On Ground – What To Do?

Nearly everyone who spends time outdoors eventually finds a baby bird that is unable to fly, lost, abandoned, or worse, dead. Apart from it triggering a series of goosebumps and gag reflexes, picking up a dead baby bird immediately exposes you to disease outbreaks and certain health issues so it would be in your best interest if you don’t. Better yet, contact your local wildlife health center first before taking any action as they are more knowledgeable in the collecting, handling, and disposing of dead birds. In cases when the Health Department cannot analyze a dead baby bird that has undergone stages of decay, you may be asked to carefully slip it into a double bag and momentarily place it in your freezer. Do so, but not before wearing disposable gloves and washing your hands exhaustively afterward.

If you are asked to bring the bird in, make sure that you record your name and contact information, the bird’s species if known, its location, and a description of the circumstances including your guess on the bird’s cause of death. Again, it is important that you do not come in contact with the bird, particularly with any liquid that may come out of it, making it best to wear gloves as protection and to keep it in a double bag with all the essential information to ensure your safety.

Should I Remove A Dead Baby Bird From A Nest?

Sadly, no matter how isolated and secure a nest may seem, baby birds dying from natural causes or predatory attacks can happen. Once the living nestlings grow big and strong enough to leave the nest, their parents tend to lose interest in it and eventually fly away to build a new one in preparation for the next breeding season. This leaves the decomposing remains of a dead baby bird to take its course on the empty nest since some bird species are not known to perform clean-up duties.

As attractive as they may seem, the dead baby of bluebirds is left to be stepped on by the living baby birds, soiling the nest until it gets buried under or pushed out of the nest. Birds also instinctively know that a decomposing dead baby will attract scavengers and dangerous predators, prompting them to simply push it out or carry a dead baby’s body away from the nest. Although removing a dead baby bird yourself would do the birds occupying the nest a huge favor, they inherently know what to do in such a situation, saving you from the trouble of climbing a tree, extracting the body, and getting rid of it.

What To Do With A Dead Baby Bird? (When You Find A Dead Bird)

Birds die from natural, everyday animal kingdom causes such as lack of food, getting attacked or eaten by a much stronger predator, or crashing on your window head-on at a hundred miles per hour. When you find a dead bird, often the best course of action is to simply leave it alone or nudge it out of the way and allow nature to take over. Making certain that you DO NOT touch it with your bare hands is of utmost importance to protect you from certain viruses and diseases that might have afflicted the bird and its species.

Since it is highly critical to deal with and dispose of the dead baby bird quickly, here are a few essential steps on how to safely avoid spreading potential illness or parasites to you and other creatures:

Wearing disposable gloves at all times when handling dead baby birds ensures that harmful diseases and bacteria will not be transferred to humans. Plastic bags work as well if you do not have access to gloves. Just ensure that you do not use the same protective gear when handling or doing other household or garden chores.

Even while wearing gloves, use a rake, a small shovel, or other tools to move the dead bird’s body. A piece of cardboard or sheets of paper can also be applied as additional barriers between the bird and your skin to avoid any possible contamination.

Place the bird in a plastic bag that can be sealed. If a bag is not accessible, wrap the bird firmly in layers of paper or disposable rags and discard them with the dead bird’s body.

Keep The Body Away From Predators

If burying the body on the ground is a difficult option, make sure that the bag is carefully placed in a covered trash container, away from the reach of pets, scavengers, and curious children. Close the lid tightly to avoid inviting hungry predators in search of an easy meal.

Ensure A Thorough Clean Up

Cleanse and sterilize any tools or protective gear used with a strong solution to make sure that any trace of bodily fluids that came from the bird is removed. If the dead baby bird leaves a significant mess on the spot where it was found, you can either remove that patch of soil or pour the cleaning solution over the area. Doing so might kill the grass as well as any dangerous and harmful bacteria.

Even if gloves were worn and there was no direct contact between you and the dead bird in your yard, washing your hands with hot soapy water shouldn’t be a question. Also, leaving dead birds in a brush pile, field, or compost heap may attract small predators such as dogs, cats, and rats which could become ill from the carcass and spread certain diseases. These backyard animals can also get too familiar with an easy food source and may start threatening and preying on other backyard birds.

It may not always be necessary to take action or report every dead bird sighting. As mentioned before, most of the time it is best to simply leave the body of a dead bird alone, particularly if it is not a cause of bother or it does not pose any danger. However, there are certain situations that your local wildlife authorities should be notified of since they have a better understanding as well as equipment to address the following:

Getting in touch with your local wildlife officials provides you with the proper insight on how to safely preserve what they will need to see. Though it may not seem much, lending the authorities a hand can no doubt reap great rewards for the environment. 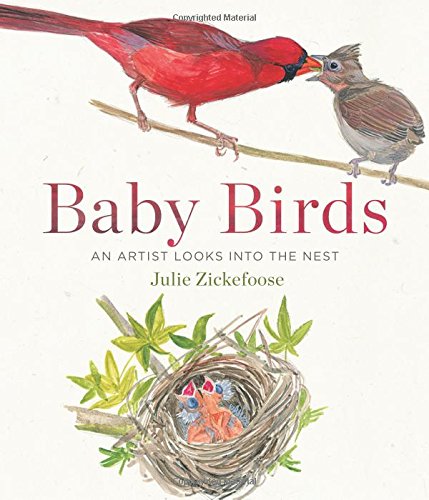 Baby Birds: An Artist Looks into the Nest
(147)
Check Price on Amazon 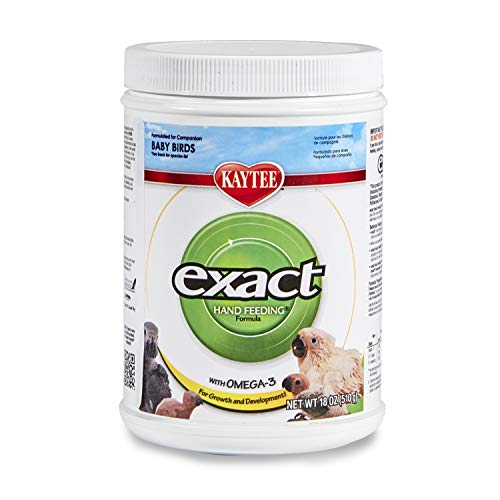 Considered to be messengers from the gods or as the connection between the spirit world and humans, people raise special concerns when they experience or encounter a dead baby bird. While many assume that it is a bad omen or that something unfavorable is about to happen, folklore traditions see death as a mere transition. Symbolizing purity and peace, a dead white baby bird may represent a conflict that is about to take place in your life and is simply a reminder that enables you to prepare for what is about to happen.

A dead black baby bird may be a spiritual representation of an unresolved issue that requires your immediate attention. While different cultures have varying images and depictions of dead baby birds, most pertain to it as a symbol of a lost connection that you wish to restore or one’s hesitance to share their thoughts. Others would imply that it represents a person’s need to regain their appreciation for the simplest pleasures in life.

We have a blog post about a (not baby) symbolism of finding a dead bird.

Baby birds are hands down adorable and coming across one that is already lifeless can be heartbreaking. While it may be hard to resist the urge not to come to its rescue, most of the time, it is best to simply do nothing and allow nature to do the rest. Regarded as mystical creatures, most scientific and spiritual experts would attest that the proper handling of dead baby birds is of great significance.

PS: In case you found a dead bird in your pool, please read this article.

1 thought on “What To Do With A Dead Baby Bird”