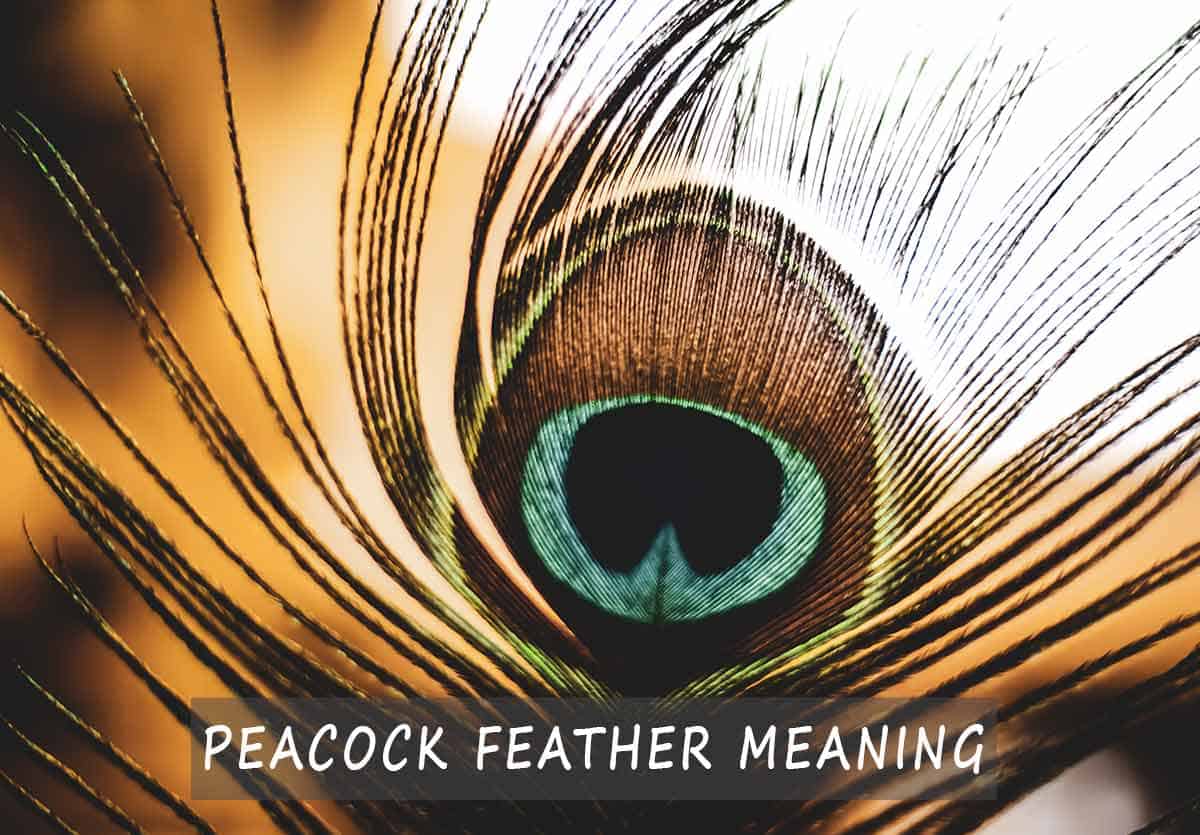 The peacock is a beautiful bird. Different cultures across the globe consider its feather to be a mythical & powerful symbol. For ages, the meaning of peacock feather has become part of religious beliefs & rituals. It also symbolizes balance, beauty, 3rd eye perception, immortality, awakening, self-confidence, spirituality, resurrection, self-love & leadership.

Throughout history, peacock feathers have been used by many people of various types of cultures and religions for mystical as well as religious purposes. Although this tradition was started from Ancient Indian civilization and from there to the other parts of the world especially Europe. People of different cultures around the world came in contact with this beautiful bird and found the different symbolic meanings of its feather.

The peacock feather meaning is said to represent the sun from which all life on earth is sustained. The peacock symbolism also has an association with immortality, due to their ability to renew themselves by shedding their old feathers and growing new ones. On top of this, they are a well-known symbol of pride in many cultures!

The peacock symbolism itself carries a strong symbolic meaning. But also rituals are conducted over centuries to harness the power & positive energies of peacock feathers. Peacock feathers have been revered for thousands of years as a symbol of power, beauty, and divinity. However, if it is used without belief or respect, then you will only experience adverse effects. In case you’re interested, read here more about the general feather symbolism.

Wearing one around your neck brings a good luck charm and safeguards you from all negative energies. You can also enjoy better fortune in finance & love. The peacock’s feather also tackles illness symptoms like the ones associated with your eyes. Often it is recommended by Feng Shui to act as love-cure. The peacock spirit animal healing energy does help to provide harmony & balance in your lives. But to derive peacock’s feather spiritual benefits, you need to follow some guidelines and connect to universal healing energy. This energy is used to heal people of their disease, imbalances & health complaints.

In most parts of the world, it is said that peacock spirit animals and the peacock feather possess many spiritual qualities that are considered to be very helpful for people in many ways. Every summer as the peacock renews more beautiful feathers, this renewal has become a symbol of enlightenment and as well as the symbol of brilliance by many Buddhist mystics. In other areas of the world, many mystics and priests of ancient times also used peacock feathers for healing many kinds of diseases. The peacock feather meaning is also said to possess universal energy that can help people be in harmony and increase the energy level of their bodies.

The peacock totem meaning is connected with personal power and the ability to manifest desires. The peacock totem animal has a very proud strut, and this confident walk is symbolic of the power that the peacock possesses. The male peacock’s feathers are especially impressive, and they are often used as symbols of strength, beauty, and wealth. Peacock feathers are also associated with the sun and fire, which are both powerful forces. In some cultures, peacock feathers are thought to have magical properties and are used in ceremonies and rituals.

The peacock power animal is a symbol of personal power and the ability to manifest desires. If you are working on increasing your personal power, the peacock can be a helpful totem. The peacock also represents beauty, abundance, and fertility, so it can be a good spirit guide for those who are looking to increase their luck or create more abundance in their lives. Peacocks have been used as symbols of nobility, beauty, and power for centuries.

The peacock symbolism in ancient Greece is considered to be Goddess Hera’s patron bird and in Greco-Roman mythology, the peacock tail has the “eyes” of the stars. The peacock feather meaning was considered to be a tribute to Argus, the one hundred-eyed giant. This giant was said to have guarded lo once when she got transformed into Heifer.

According to Greek mythology, it was Hera, who had placed ‘eyes’ on peacock feathers. It was from Argus that Hera managed to create the peacock. Hence, its tail feathers symbolize heaven’s vault, while the ‘eyes’ present on the feather represents stars. It also symbolizes wisdom & knowledge of the heavens. The peacock is an important bird for Hera, such that she chose a pair to pull her chariot.

As per ancient Greek beliefs, the peacock symbolism was regarded to be the symbol of immortality. This is because its flesh after the peacock’s death was assumed not to decay. As per Pythagoras, the Greek mathematician & philosopher, Homer’s soul is assumed to have got into a peacock. This reflects the significance of the Greek poet’s centuries-old fame.

According to Hindu belief, Garuda had created the peacock or the Mayura from his feathers. Several Hindu scriptures regard the bird to be a symbol of the time cycle.

Once peacocks were believed to have dull feathers! The bird had spread wide open its feathers in a battle that took place between Lord Indra & Ravana. This allowed Indra to hide & save himself from Ravana’s wrath. In return, he made the feathers iridescent. Lord Indra sits on a majestic peacock throne.

Hindu gurus use the peacock totem and peacock feathers to perform their discourses and pass their aura to that of their followers. The peacock feather symbolism also comes with extraordinary powers. Wearing it you can derive hypnotizing powers. It also safeguards you from the evil eye, while destroying negativity like jealousy, anger & greed. Vastu Shastra also makes use of it. Keeping peacock feathers on the locker room’s southern side can help you derive wealth.

Bird tattoos are popular these days and a peacock tattoo or a peacock feather tattoo is amazing & has different meanings. A few of them are given below:

The peacock spirit animal and its feather meaning also appeared in different paintings many centuries before during the rule of kings and queens in the parts including Asia and Europe. People of various cultures started painting the peacock’s feather in different forms and designs as it reveals its attributes such as vision, awakening, and royalty.

Most of the people took a lot of inspiration from its paintings which allowed them to design a peacock tattoo as the symbol of beauty and royalty. Ancient Egyptians believed that the peacock feather represents the symbol of their goddess “Maat” who is known as the goddess of truth and justice and she would weigh the peacock feather against the hearts of the dead people in order to find out her own worthiness.

Seeing Peacock Feathers in a Dream

If you happen to come across a peacock feather lying on the street, you may experience good fortune. Dreaming about the feathers of this majestic bird can have several meanings. It can probably be some warning sign of people trying to seduce you with their sweet talk & beauty. It may also indicate fame & success or get married soon or get a new project.

Seeing white peacock feather also have different meanings such as beauty. It also signifies that you will have good luck in marrying a beautiful lady. The white color also represents purity and connection with the higher self of your being and it will most probably become your reality if you see a white peacock feather in your dream. On the other hand, seeing a golden peacock in a dream tells that your life will be filled with riches and prosperity as the golden color is a precious form of color. These unique signs will help in guiding you towards the path of your journey as you get more understanding and awareness about seeing peacock feathers in your dream.

The color, shape, size and the way peacock feathers are displayed have varying meanings in different cultures. Knowing how to read these symbols will help you understand why people react differently when they see peacocks or their feathers. These messages can also be found in a dream if you see them on your journey through sleep.

[Video] WHY PEACOCK FEATHERS Are Lucky In Your Home! Luck For Lovers, Protection, Money, and Attraction!

No, they are not! The superstitious roots behind wearing peacock feathers as an article of clothing or hair decoration have their origins in ancient people who believed that when a person wore this rainbow-colored plumage, they would be cursed by the devil himself. By wearing them, one was inviting evil to take control over them instead of good spirits.

1 thought on “The Meaning Of The Peacock Feather: Symbolism And Spiritual Significance”