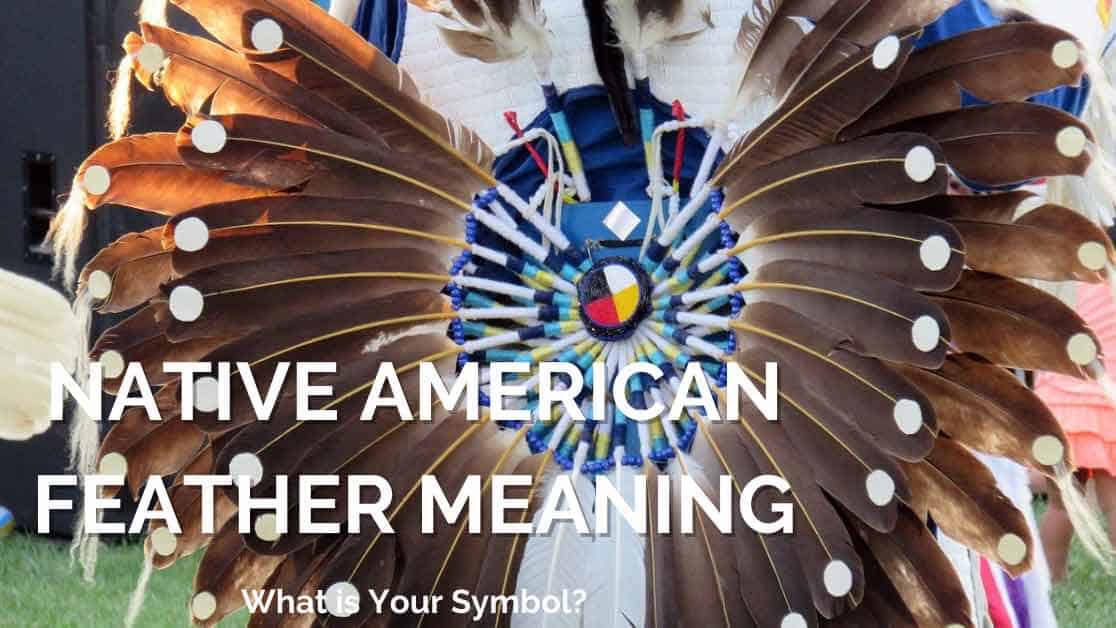 The Native American feather is a symbol of honor, respect, and dignity. It is an important part of the tradition for many tribes, with each tribe having its own unique meaning and significance. In this blog post, we’ll take a look at some of the meanings behind feathers in Native American communities and how they are used by different tribes.

This article will help you understand what your personal feather means according to your heritage! Read here in case you want to learn more about general feather meaning.

What is the Significance of Feathers in Native American Culture?

The Native American culture has a deep-rooted belief that all natural things possess an inherent virtue, power, and wisdom. All living things have a spirit, and the feathers of a bird are seen as its skin or hide. Native Americans believe that when a bird molts it loses some of its power to fly high into the air because, through contact with Earth where all plants grow, they will regenerate their plumage with fresh powers from Mother Nature.

The Native Americans believe that the feather carries a message from their ancestors. They use these messages to help guide them through life and provide motivation for all of their actions, as they are very spiritual people.

“A single eagle feather in your hair or around your neck can be a protection during prayer,” said Deer Woman Danner, an elder at Potawatomi Indian Reservation near Kansas City. “It’s believed we have two souls: one body soul and another spirit soul.” These spirits exist with us throughout our lives until death when both depart together into the sky world where there is no need for feathers because it already seems like heaven on earth up there without any worries about anything down here; however, before you enter this peaceful afterlife you must make sure that your body soul is free from any burden, which can be done by shaking the feather over yourself and releasing your burden.

“It’s a gesture of encouragement,” said Deer Woman Danner about using eagle feathers in prayer. “I have always found it to give me an added measure of strength.” “The power lies with the individual who wears them because I’m not telling you what they mean; it depends on how you wear them or why you’re wearing them that makes their meaning different depending on its situation.”

Feathers in particular have significance among Native Americans for a variety of reasons. The Quinault Tribe, for instance, believe that the Eagle is their ancestor and as such they give feathers to new mothers who are expecting an eagle child in order to honor them.

Feathers also represent wisdom and spirituality with many tribes believing stories can be told through feather art or medicine bundles containing feathers from crows and other different birds wrapped together which symbolize how one thing connects to another – oftentimes it represents the link between physical beings and spiritual realms.

Some use traditional designs on powwow garments made out of turkey tail (read more about the turkey feather meaning) down with quillwork motifs while others may make jewelry like roach clips using dyed porcupine (or another animal) hair with leather strap cords.

Also, Native American warriors would be given feathers by their tribes for when they went on a successful warpath. This is how the feather came to represent honor and respect in Native communities.

When a feather falls to the earth, it is believed to carry all of the bird’s energy and carries all of its power. Feathers are also seen as a symbol of the sky and air, so they can represent travel to the heavens or journeys into spiritual realms.

When natives gave feathers to each other, it was not only an expression but could be used in ancient treaties that were made by giving someone something from oneself – one’s own personal identity. A feather is given on behalf of all members of a community when making peace with another tribe and this means that all those people carry responsibility for upholding the treaty.

The symbolism of the Native American Headdress

A very common symbol of Native American culture is the headdress (or war bonnet), which uses feathers to represent a tribe’s history and clan. The distinctive look of the headdresses worn by traditional dancers is as varied among tribes as they are spectacular with each feather used in its creation carrying sacred meaning based on how it was obtained or what bird gave up its life for it.

Many tribal groups believe that certain birds have spiritual powers capable of healing sicknesses or giving protection from evil spirits. For example, Lakota people believed eagles were messengers between heaven and earth because they could see the future. In the Iroquois beliefs, a turkey is a messenger that carries prayers to heaven. Read more about the turkey symbolism.

The different Native American tribes have different meanings for their feathers. There are many interpretations of the symbolic meaning of a feather, and each tribe has its own interpretation that’s passed down through oral tradition. One example of this is the Cherokee people who use them as part of worship ceremonies in order to make contact with spirit animals or otherworldly beings.

The Navajo on the other hand believes that they’re given power by wearing an eagle feather which represents wisdom, peace, and life The Hopi also attribute spiritual significance to feathers but instead see them more so as representations of what one must do during rituals such as fasting or prayer.

As with many things related to Native Americans, symbolism can vary depending on tribes and regions so it’s best not to speak universally about them as if they are all the same! As you read through these examples I hope that you feel inspired by some thoughts about how you might want your clothes to reflect who you are–whether that means drawing inspiration from animals like birds (or other types).

Feathers In Current Times and as a Fashion Statement

Nowadays feathers play a different role in Native American culture than they did in the past. While feathers are still a symbol of honor and respect, many tribes now use them as a fashion statement and to decorate clothing, accessories, or homes.

Feathers can also be used for art projects like painting on canvas with feather shapes or making beautiful sculptures from feathers! So don’t throw away your old chicken wings (read more about the chicken symbolism) – find out how you can upcycle them into something amazing!

There’s no shortage of ways that you – whether you’re an artist looking to give life to their creations or someone who just wants some pretty decorations around your home – can utilize different types of feathers in this day and age!

A typical example of a slightly inflationary use of feathers is the so-called dream-catchers, which are traditionally hung above a bed to protect the sleeper from bad dreams. Available in most countries and happily adopted in modern western lifestyles, these mass-produced products made of feathers reflect how easily a spiritual ritual can be transformed into a meaningless money machine.

You may be surprised to learn that eagle feathers are highly protected in the United States under U.S law, but special exceptions exist for Native Americans who wish to possess and pass down an eagle feather within specific conditions according to their culture, religion, or tradition.

For Native Americans, the eagle feather is a symbol of honor and respect. It can be used for ceremonies or as an award to recognize those who have done something noble in their lives. To earn this type of feather, one must usually show courage under great hardship and find that they are deserving of such recognition from the tribe’s elders. The feathers themselves should come from eagles that were killed with weapons made by members of the same nation rather than just found dead naturally on the ground.

The eagle’s ability to fly high above all creatures while still being able to spot prey made it revered amongst many people groups who had close contact with them–but not just those that lived on the coast! For example, the Sioux believed that their warriors would earn eagle feathers when they made the first kill in battle. See here for more information about the eagle feather meaning.

The Eagle is not the only bird who has a significant role to play with Native American tribes.

The Great Horned Owl was considered by many as an animal of wisdom, death, and renewal. Especially among those who live on the West Coast Pacific Northwest, these birds were revered for their ability to find food no matter what weather conditions they had to endure–and this same belief also extended into other areas where there are large populations of owls such as Alaska. Because of how important owls were seen within that culture, some people would wear feathers from them during ceremonies or even paint designs depicting them onto objects like ceremonial drums!The raven has an important role in many Native American legends, so it’s not surprising to find this bird represented by the feathers on clothing pieces. In fact, one tribe–the Koyukon people–had a legend where they believed that if you found any type of feather while traveling through the forest then there was something bad waiting for you! Luckily ravens were considered bringers of the light because they are known to be able to take messages from the spirit world into ours which made them valuable allies (including within medicine ceremonies).

The falcon was also a symbol of power and might in many tribal cultures, so it was often found on clothing pieces as well. In some tribes, the feather of the falcon would be worn to represent an accomplishment like climbing up a mountain or defeating a rival tribe; while others wore them for protection during war times!

Feather symbols are one of the oldest and most prevalent means of communication. They can be used to represent a variety of things, including people’s history or heritage; their personality traits; their spiritual beliefs; and sometimes even an event that has occurred in their lives. This blog post explores the common feather symbolism from Native American culture as well as what these feathers may mean for you personally! Have you ever tried interpreting your own personal symbol? Let us know how it went by leaving a comment below. We’re always happy to help get you started on this fascinating journey of self-discovery!