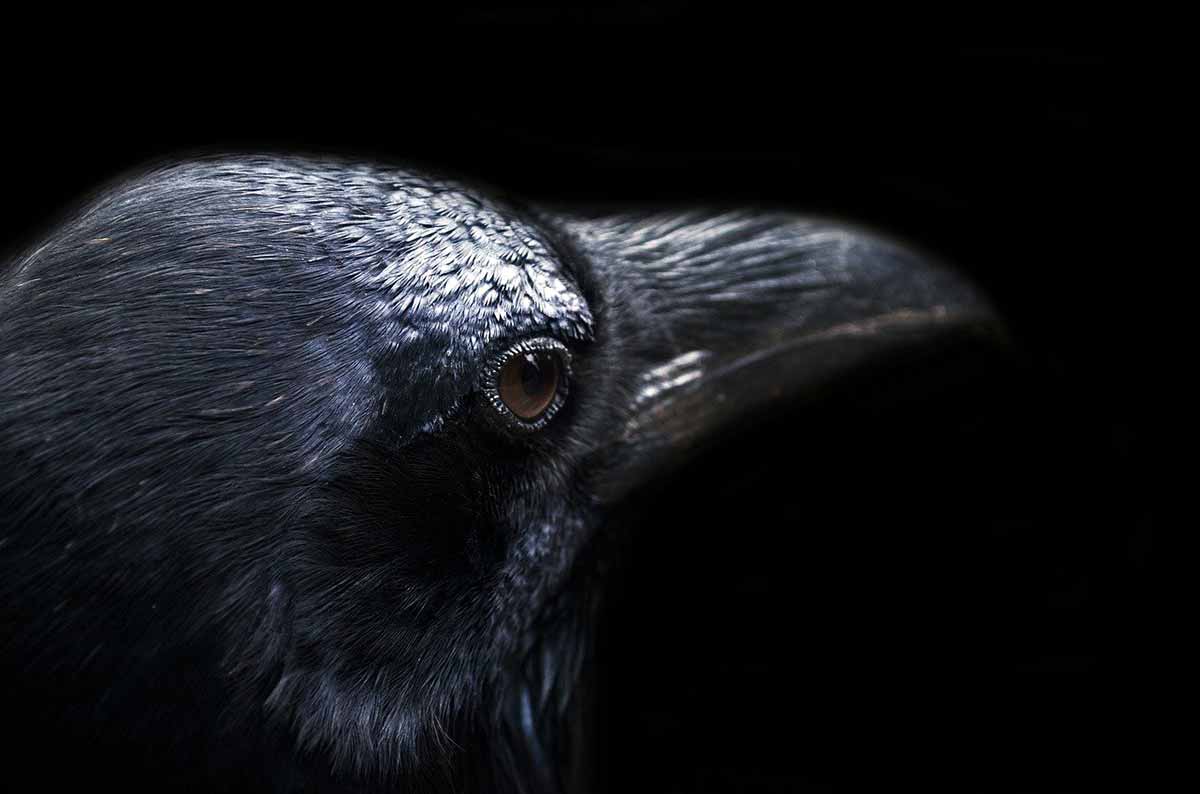 Murder Of Crows: What These Birds’ Dark Plumage Are Telling Us

Crows are interesting creatures. They have a lot of different meanings across cultures, and they’re generally seen as both ominous signs and lucky omens. One thing’s for certain: people take crow feathers very seriously.

Their feathers often represent darkness, death, and the unknown. However, it is important to remember that they can also represent light and hope for those who have lost sight of it.

While most of us often associate crows with death and mysticism, there are a handful of cultures and traditions that see these extremely intelligent birds as favorable and brimming with positivity. Regarded by many as an image of transformation, they often show up as a reminder for us to tune in and attend to the messages that our spirit guides are communicating.

Frequently associated with mystery, folklore, and the occult, these birds which are believed to have the ability to glide across the world of the living and the dead arrive at a time to make us aware of our spiritual shifts that are about to happen.

Read on to learn more about what crows say about you!

“People once believed that when someone dies, a crow carries their soul to the land of the dead. But sometimes, something so bad happens that a terrible sadness is carried with it and the soul can’t rest. Then sometimes, just sometimes, the crow can bring that soul back to put the wrong things right.”

Crow feathers are a powerful symbol that has been around for many years. In Native American folklore, they were often considered to be messengers from the spirit world responsible for delivering messages of love and death. The Crow was also seen as an animalistic form taken by spirits who had committed evil deeds in life, while some tribes saw them as protectors or guardians of their people.

With these various meanings throughout different cultures, it is important not only to know what you believe about this creature but also how others see it so that you can use its symbolism appropriately when needed.

Depending on where you are on your spiritual journey, chancing upon a crow’s feather can be interpreted in various ways. As harbingers of omens that can weave across human and spiritual realms, heeding the messages and symbolism of its feather allows you to fly into a place of perception and enlightenment (we have talked about the crow symbolism here).

Revered as powerful spiritual activators, these amazing creatures’ feathers are believed to carry messages more effectively for they would go to the ends of the earth to ensure that their mission is accomplished.

Covered in black from top to bottom, the crow’s feather is often associated with mystery, intuition, rebirth, and conversion. Since black is a positive and warm color, it could be an indication of a fresh start that you have been longing for in your life.

While the feathers of these dark-colored creatures with the distinct “caw” sound are frequently related to mysticism and the unknown, finding a crow’s feather could mean that a deceased person who was particularly close to you is trying to communicate a message or is perhaps about to visit you. However, you may want to hold off calling for help to protect you from ghosts as they may only be stopping over to protect and keep you safe.

While there may be times when a crow’s feather may seem to appear gray in color, it is simply an indication that you are being gifted with both wisdom and the ability to succeed. As gray is considered a combination of white and black, it may stand as a reminder that it could possibly be the perfect time to utilize your intelligence to make a fresh start.

Creative, cunning, and brilliant, finding its feather could be a sign of your need to let go of things that no longer serve their purpose and that by getting rid of such a burden, you avoid the perils of being emotionally overwhelmed.

Viewed by many Native American tribes as an oracle of the mystical and divine, crows are revered as powerful spirit guides that symbolize change and renewal. Despite the myths that deem them unfavorable, the Native Americans welcome the idea that these amazing creatures possess the power to heal by utilizing our own features, traits, and characteristics, and bringing them into our consciousness.

As feathers play a major role in the belief of Native Americans, they were at times attached to sacred pipes or prayer sticks for they were greatly considered guides and protectors. Since crows were viewed as having the ability to dwell in both the physical and spiritual worlds, their feathers provide their bearer an insight into their tribe’s faith and values.

Many of them understood that since these capable creatures are not new to the dark, they have the capacity and the willingness to guide us to a higher and better perspective. Coming into their presence, the Native Americans perceive that when you see a crow’s feather while you are going through a crossroad, its dark plumage will provide you with the strength to face your fear of the unknown and to bring about the transformation that you desire.

Much like most spirit guides, crows may show up in times when you need them the most. Known as a mediator between life and death, being in their presence provides us with light in the areas in our life that call for cleansing and purification. While the images that we inscribe onto our bodies depend highly on their personal meaning, a crow’s feather stands for a range of interpretations based on a person’s culture and belief.

Here are a few of the things that the crow’s vividly dark plumage symbolizes, in case you are considering it as a design for your next tattoo:

Known to be exceedingly clever and wise, they are revered by a host of cultures that see them as both spiritual and prophetic guides. Having their feathers as a tat channel in you their ability to see into the future and the flexibility to adjust to life’s constant changes.

While many would cringe at their mere sight, crows are not all bad. Certain cultures portray them as admirable symbols that represent friendship, passion, and warmth. Their feather as your tattoo may indicate destiny and conversion, guiding its bearer through a time of transformation into their genuine form.

Although several cultures consider crows to be a bad omen, they are thought to provide balance among the light, the dark, and the unknown. However, their ability to move across realms has made them reliable couriers for the deceased, the damned souls, and the gods.

Is There Any Crow Witch Meaning?

Crows have been associated with witches who are seen as dark beings. This is due to the association between death and darkness that crows represent in lore, but there are also connections to good powers of knowledge.

Crow feathers have been used for centuries by healers and shamans to commune with animal spirits or otherworldly energies like fairies and elves. It was believed that if you could summon crow energy then it would be easier for them to bring messages back from these realms when they came back.

The practice has since died out, but those who still use this type of magic will often include white-tailed tailed crows among their familiars because they’re a species known for being cunning and wise creatures so these qualities can help during rituals.”

For centuries, crows have been associated with varying symbolic meanings. While the most common are a mystery, intelligence, and perception, many of us see them as an image of witchcraft, death, and misfortune. Although accounts of these magnificent creatures stealing and eating other birds’ eggs abound, these amazing creatures of pitch-black feathers are a vision and a companion to behold.

By being able to cross between our material world to the spiritual realm, they were believed to have been gifted with the responsibility of carrying the souls of the recently deceased over to the other side. Such talent has made these magnificent flying creatures a favored and important symbol to witches.

While it may not necessarily mean that the crow can help put a curse on people, their deep spiritual meaning, as well as their capacity to transverse the world of both the living and the dead, makes them the perfect spirit guide that can help bring peace, harmony, and light to our lives. 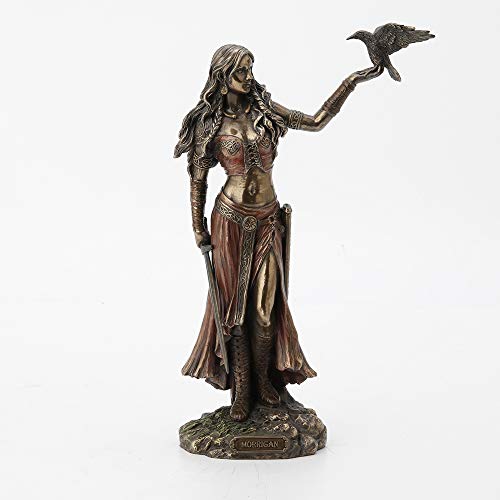 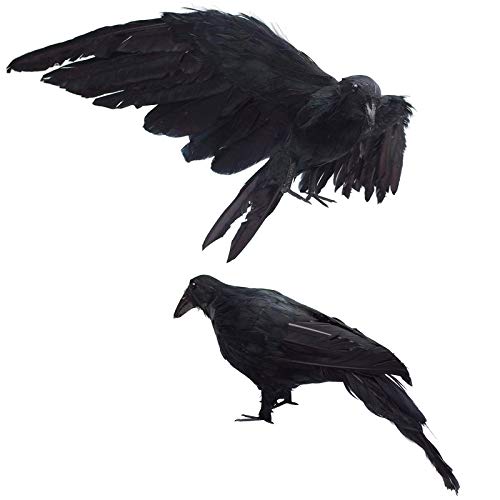 As a known harbinger of change and transformation, crows teach us that there is more to this world than what we physically see. By providing us with balance, they help us through our conversions, particularly those that spur our spiritual growth. Although not everyone appreciates these fascinating birds’ presence, there is so much beauty and magic behind the Crow feather symbolism.

The crow feather symbolism is that the message of this bird calls for change. The crow has a strong connection to death and darkness, which can be seen in its black feathers. But it also brings messages from the otherworld and helps people communicate with those who have passed on. This means that you need to listen carefully to what they’re telling you – even if it might not be good news! It’s up to us how we interpret their words or actions because their job is just sending them our way. We’re responsible for taking action when things don’t go as planned. When interpreting your own dream about crows, think about whether something new needs attention in order for it to bring success into your life.

PS: Read more about Crows here!: Crows in Mythology: Best Stories and Beliefs | The Meaning Of Finding Dead Crows | Crows: What Do They Symbolize?

2 thoughts on “Crow Feather Meaning: Read This When You Found One”