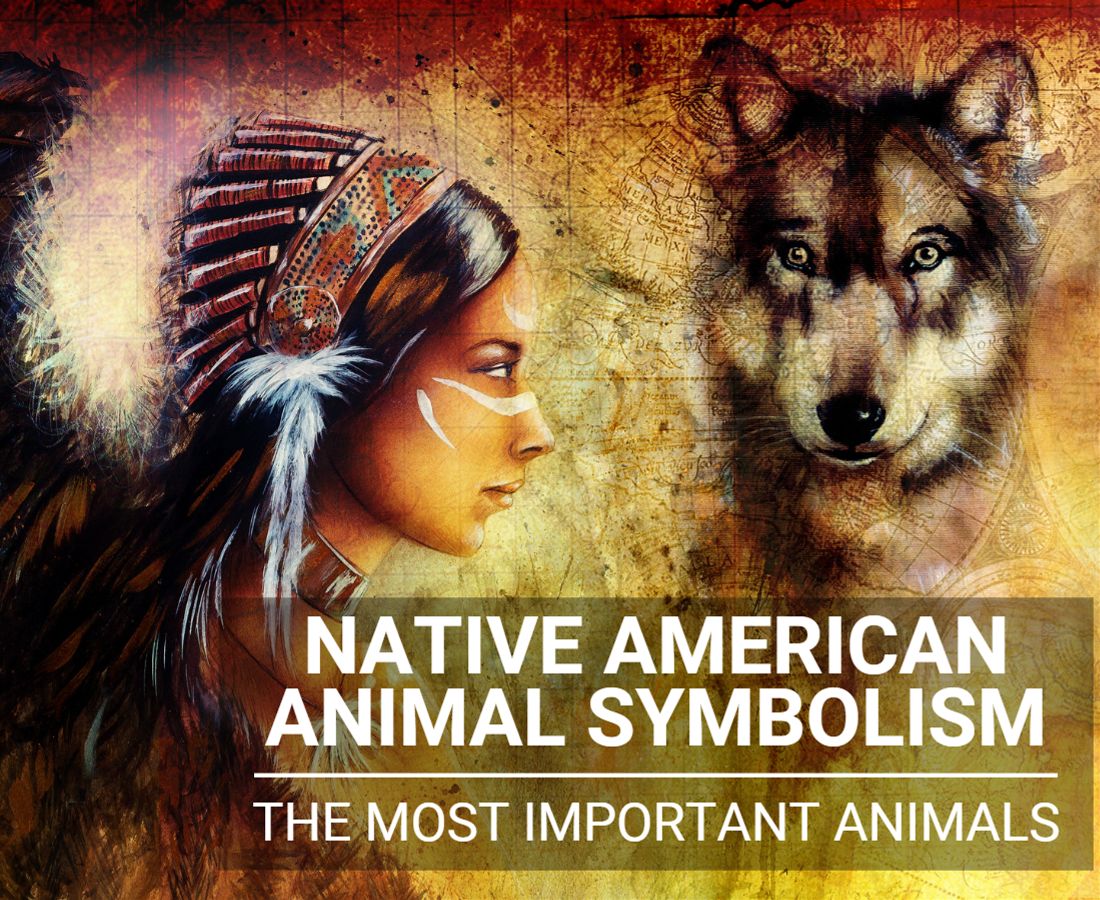 Revered as one of the world’s most fascinating groups of indigenous people, the Native Americans were highly spiritual and were known to keep countless religious customs and rituals. While they are admired for their contributions to agriculture, medicine, and birth control, this culture celebrates animals with great spiritual significance.

From sharing the various tribe creation stories to communicating the beliefs and values of the most respected American Indian communities, let’s learn about the most critical animal symbols in Native American culture.

“If you talk to the animals they will talk with you and you will know each other. If you do not talk to them you will not know them and what you do not know, you will fear. What one fears, one destroys.”

The buffalo is perhaps the most important creature in Native American culture. Native Americans see it as a sacred animal that teaches us the value of leading a spiritually healthy and productive life. Although they hunted buffalos for their meat and skin, several tribes honored them in songs, dances, and prayers for their critical role in ensuring their civilization’s survival.

Buffalos were admired for fiercely protecting their herd’s young, old, and weak members. They were believed to watch over their people in times of distress, famine, and trouble. The Natives cherished them for their ability to provide tools, food, clothing, and shelter. Especially the white buffalo is a legend in Native American culture.

Native Americans view bears as highly protective animals representing family, vitality, and strength. Although “drop everything and run” is often our response to their appearance, the people of the Haida culture honor them as guests who deserve reverence and respect.

One legend tells us how the daughter of a First Nations chief fell in love and married a bear, resulting in the birth of two cubs. The story began when the young woman slipped after stepping on a pile of bear excrement. In anger, she vocalized her frustrations with the bears in such offensive terms.

The bears took her captive in a cave for several days to retaliate. She met her future bear husband here and got pregnant with twin bear cubs. She was later revered as the Bear Mother. She returned to her village and taught everyone how these colossal creatures deserve our admiration and respect.

Horses are admired for their speed, strength, and ability to travel long distances. They symbolize confidence, endurance, and freedom. Native Americans view them as sacred and treat them as relatives or equals.

Recognized in various tribes as a “mysterious and holy dog,” horses represent our connection to the spirit world. Commonly used as traveling and hunting companions, their presence helps get rid of our pains, struggles, and negative thoughts.

The wolf holds great cultural significance for the Native Americans. Their similarities with these creatures in hunting, defending, and educating their pack led the people of the First Nations to treat them with adoration and respect.

The wolf’s proficiency in big-game hunting inspired the Natives to be persistent and determined. Their appearance served as motivation that stirred many tribe members to overcome their anxieties and fears.

Beavers are highly persistent animals that drive Native American Animal Symbolism toward productivity and dynamics. A natural builder that can create dams for their shelter and protection, its presence helped the Natives acknowledge each tribe member’s gifts and talents and understand the value of working together.

Featuring two large front teeth that never stop growing, it is common to see a beaver with a stick that it chews and nibbles. Another Haida legend speaks about a great hunter who built a home with his wife along a river. After one of his travels, he was surprised to go home to an empty house.

A strange figure emerged from the water with a stick in its mouth. It was his wife with his two young kids, who were all gnawing a stick.

Although they are recognized as the fourth largest cat in the world, cougars do not roar; instead, they purr. Their ability to jump as high as 25 feet has inspired countless Native Americans to be resourceful in their hunts and to leap toward their goals and dreams.

The cougar’s strong intuition and awareness provide the Natives with the ability to deal with their challenges proficiently. A Native American legend tells of the Mishepeshu, a powerful mythological creature that lives underwater and causes people to drown.

Several American Indian tribes recognized serpents as a creature worthy of high reverence. They were depicted as gods who had control over storms and winds. A well-known myth about the Horned Serpent speaks about a mythological monster that once terrorized a handful of Native American tribes.

Described to be as large as a tree trunk and equipped with a poisonous breath, slaying this monster was believed to bring lifelong success in hunts, agriculture, and romance.

The raven, an intelligent and mischievous animal, symbolizes knowledge and truth in many Native American traditions. While several tribes tell us about this bird’s ability to heal and how it can bring forth success, one legend illustrates its naughty and playful nature.

The story of The Blind Halibut Fisherman and the Raven with a Broken Beak reminded the Native Americans how playing pranks and dirty tricks often cause trickster shame and embarrassment.

The thunderbird is a mythical creature that is held in Native American Animal Symbolism with the utmost respect and reverence. It is both feared and admired for its ability to create thunder by flapping its wings and shooting lightning bolts from its eyes.

It is popularly depicted in totem poles and is known to provide help in times of famine with a guarantee that a period of prosperity and abundance is about to happen. Featuring an impressive wingspan that it uses to create rain, American Indians believed that its arrival symbolized a healthy harvest, growth, and development.