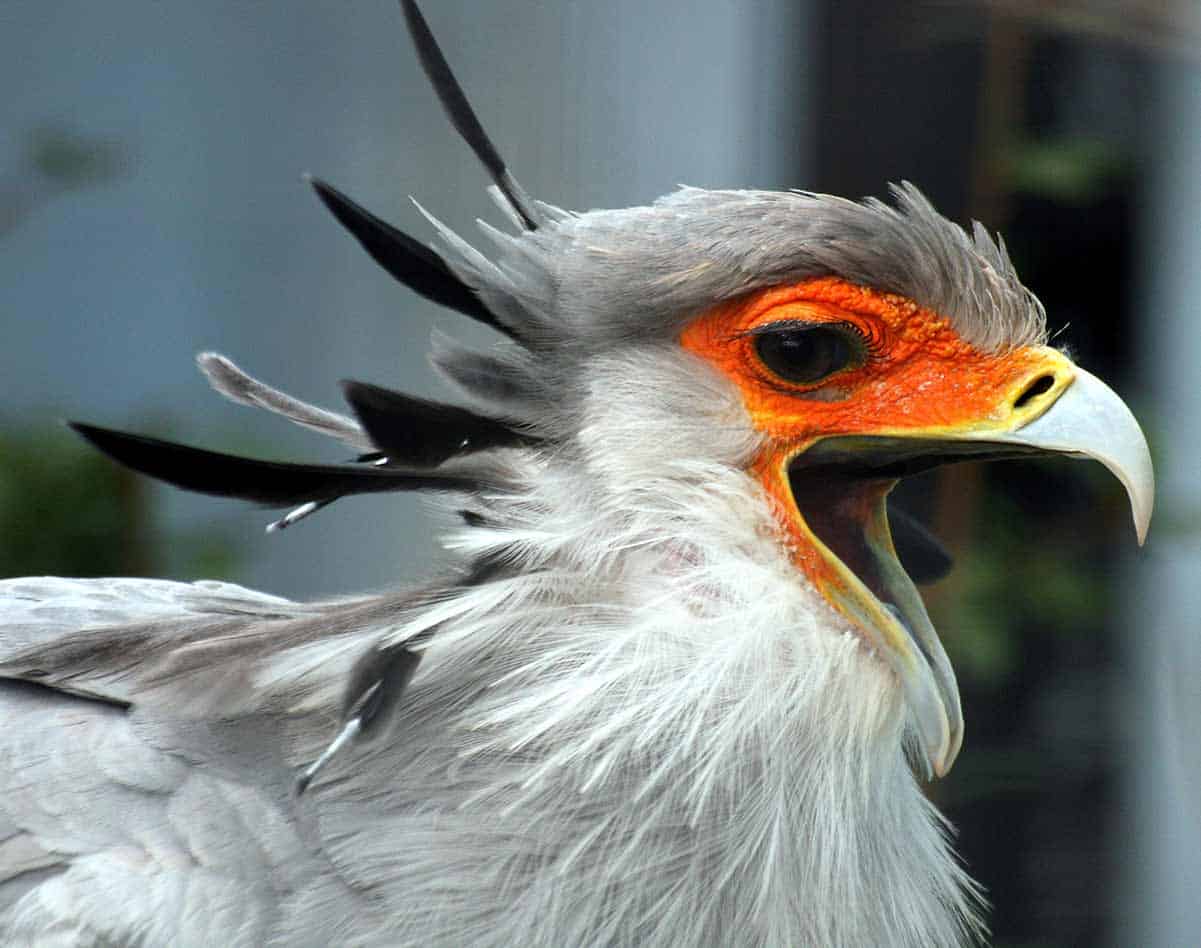 Africa has a diverse range of raptors of any continent. Almost a third of the world’s species occur in the region. This makes Africa a perfect vacation spot for bird lovers. If you are interested in birds of prey, you will be spoilt for choice. They range from the Circaetus, Cape Verde buzzard and long-legged buzzard to the black kite, dark chanting goshawk and bearded vulture. While covering all of them would require this post to be super long, we shall be taking a look at the top 10 African birds of prey, their habitat and size. Let’s get started.

The martial eagle is a large eagle native to sub-Saharan Africa. It is one of the most powerful and largest species of booted eagle. Its prey selection varies from mammals to reptiles and birds. Due to its habit of taking livestock and valuable game, it’s a highly persecuted bird species. Both game wardens and local farmers seek to eliminate the martial eagles.

Size: 15 inches in length and a wingspan of 3ft 7 inches

Also referred to as the African red-tailed buzzard, the red-necked buzzard is mostly found in north-central and western Africa. It is a medium-sized bird of prey with a very distinctive rufous neck. The rufous color extends over the crown and down to the upper back. The rest of the upperparts are blackish except the rufous upper tail feathers. The underparts are white. The red-necked buzzard feeds on reptiles, mammals and insects.

Size: 28 inches long and a wingspan of up to 6ft 5 inches

Circaetus is also referred to as the snake eagle. It is a medium-sized eagle with a rounded head and broad wings. It is a resident African species. However, the migratory short-toed snake eagle breeds from the Mediterranean basin into the Middle East, Russia and India. In winter they move to sub-Saharan Africa and Indonesia.  While they prefer open habitats, they build their stick nests in trees. They mainly feed on snakes and other reptiles.

Size: 15 inches long and a wingspan of 38 inches

This is a medium-sized falcon that is the same size as a crow. It is mainly found in Northern and Eastern parts of Africa in semi-desert and dry open hills. Adults have paler grey-blue upperparts that those of the peregrine falcon. The nape is rufous but quite hard to see. Their call is a high-pitched ‘rek-rek-rek’. It is important to note that the barbary falcon also bears resemblance to the lanner falcon.

Size: 21 inches long and a wingspan of 43 inches

The common kestrel is a bird of prey also known as the Old World kestrel, Eurasian kestrel or European kestrel. It is the smallest bird of prey. The species is widespread in Africa. It is light chestnut brown with blackish spots on its upper-side. The underside is buff with narrow blackish streaks. Unlike other raptors, the common kestrel displays sexual color dimorphism.

Size: 8.7 inches long with a wingspan of 22 inches

The little owl is also referred to as the owl of Minerva. This is a bird of prey common in the warmer parts of North Africa. It is small, cryptically colored and mostly nocturnal. The little owl can be found in a vast range of habitats including woodland fringes, farmland, semi-deserts and steppes. It feeds primarily on earthworms, insects, small vertebrates and invertebrates. (Read more about Owls here)

Secretary-birds are widespread in sub-Saharan Africa and are non-migratory. They are locally nomadic as they follow rainfall and the resulting abundance of prey. Its range extends from Somalia to Senegal and south to South Africa. Secretary birds can be recognized easily because of their large size and crane-like legs and an eagle-like body. They breed at any time of year and build their nest on top of thorny trees. They hunt on the ground.

Egyptian vultures are also known as pharaoh’s chicken or white scavenger vulture. They are widely distributed in North Africa and are easily recognizable by their contrasting underwing pattern and wedge-shaped tail. They soar in thermals during the warmer parts of the day. They feed mostly on carrion but can prey on birds, small mammals, reptiles and birds. They are unique in that they use tools. These raptors toss pebbles to break eggs and use twigs to roll up wool for use in the nest. Read more about vultures here.

Birding in Africa is quite diverse. There are more than 2,250 bird species in mainland Africa all with varied habitats. A total of 1,500 bird species are only found in Africa. For the best birding experience, you should consider the following hotspots.

There is no shortage of birdwatching hotspots all across Africa. For the best experience, you should identify the bird you want to see and research the best spots to find it.