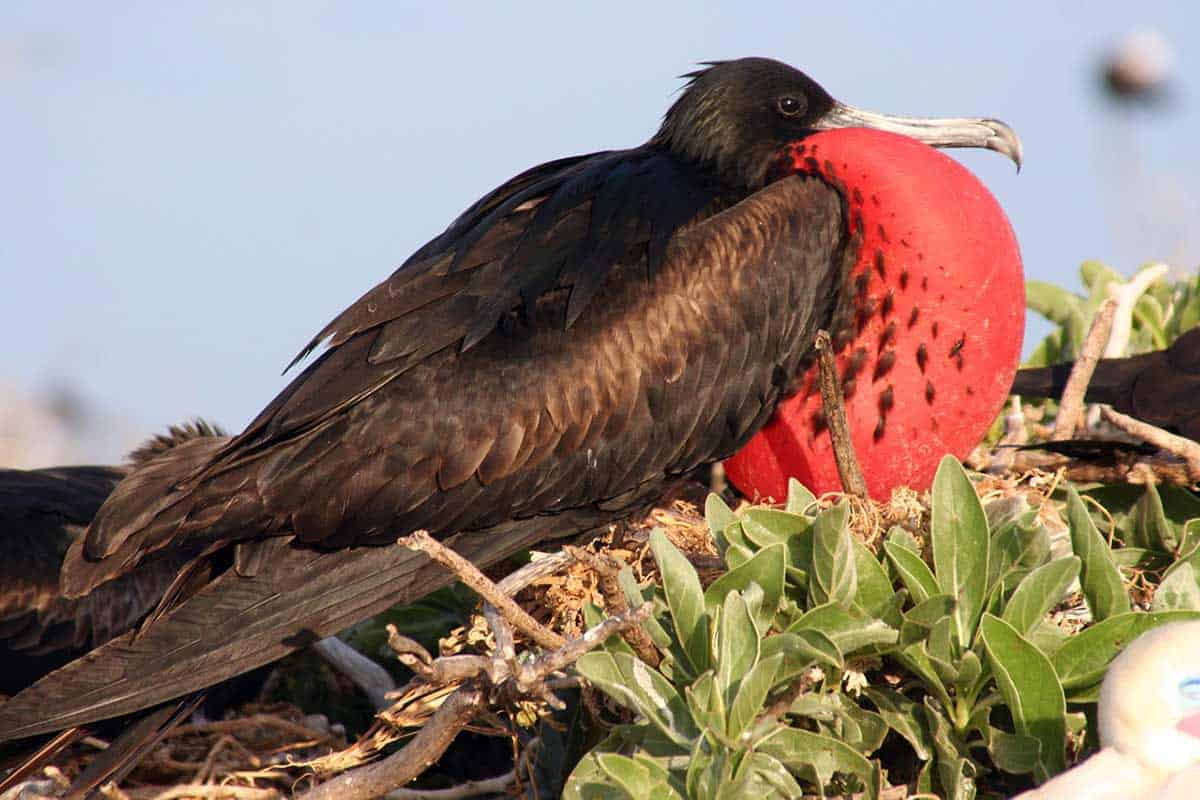 Hundreds of different bird species paired with great bird watching locations make Maui a popular destination for bird watchers. The birds range from the rare species to the endangered ones. You will be able to spot exotic birds right from your hotel window. Here are a few top considerations when in Maui.

The remote position of Hawaii has given flora and fauna a unique advantage to evolve without outside interference. As a result, Hawaii is home to a huge number of unique species (including the birds of Maui). Birds have not been left out. Here are endemic Hawaiian bird species, some of which are listed in the Federal List of Endangered Species.

The unique climate and location of Hawaii creates an ecosystem that favors these bird species. Some of these birds can only be found in Hawaii.

The graceful io (Hawaiian hawk) tops the list of birds of prey in Hawaii. The io is one of the most endangered birds in the world and was once used as a powerful Hawaiian royalty symbol. While the island used to be home to harriers, eagles and other hawks, it is only the io that managed to survive the delicate ecosystem. The io was added to the Federal List of Endangered and Threatened Wildlife in 1967.

Other birds of prey in Hawaii include:

The cattle egret (or Hawaiian crane, in fact it is part of the Heron family) is originally from Africa (check here the top birds of prey in Africa). It is believed to have spread to South America in the 1870s and later northward across the continent. The bird was introduced to Hawaii deliberately by the Hawaii Board of Agriculture and Forestry.

Cattle egret was imported from southern Florida in 1959 with the goal of helping with the control of horn flies, house flies and other flies that caused low weight gains in cattle and damaged hides. 105 birds were released and by 1981, the bird had a statewide population of approximately 30,000 birds. Read here about the Crane symbolism.

Finches belong to the family of Fringillidae. They are seed-eating songbirds with strong, stubby beaks. They mostly inhibit wooded areas and mountains. Their most distinctive trait is their bouncing flight and alternating bouts of flapping and gliding. They are basket-shaped, sing well and build their nests in trees.

The most popular finches in Hawaii are the Hawaiian honeycreepers. These widespread birds fall in their own family known as Drepanididae. The group has a wide variety of bills which range from slender down-curved bills to finch-like bills. The variations are a result of adaptive radiation.

If you watched Wile E. Coyote and the Road Runner as a kid, then you have some idea of what a Roadrunner is. The Hawaii roadrunner (also referred to as the chaparral cock or chaparral bird) is a species of fast-running ground cuckoos. The bird can achieve a speed of 27 miles per hour.

The most distinctive feature is the long tail and long crest. When measured from the tail to the beak, the size of the roadrunner ranges from 22 inches to 24 inches. The Hawaiian roadrunner mostly lives in the mountainous shrub land or woodland.

The Kalij pheasant is a bird found in forests and thickets. The male is striking with a bluish black color and white speckling on the lower back. It also has bright red around its eyes. The female is fairly plain. The color is medium brown with lighter and darker spots. The birds are monogamous. They share the brood.

The Kalij pheasant was introduced as a gamebird in Hawaii in 1962. Its population has increased significantly since. The Hawai’i Volcanoes National Park and the HVNP Bird Park are the best places to see Hawaiian Pheasants.

What is the Iwa Bird?

Also known as the great frigatebird, the Iwa is a graceful seabird with a slim body, long deeply forked tail, long hooked bill and virtually useless legs and feet. Males are almost completely black except for a dark green sheen on the neck and head. In the breeding season, the males are able to distend their striking red gula sac. That feature makes it one of the most interesting birds of Maui. Females are larger than males and are black with a gray throat and white breast patch. These birds feed far from land either alone or in pairs.

Today, the population of the Iwa in Hawaii is estimated at 10,000 breeding pairs. The largest colonies occur in Nihoa and Laysan.

Eagles in Hawaii currently occur simply as vagrants. Quaternary bones of the Haliaeetus eagles found in Maui had DNA more similar to the Eurasian white tailed eagle than to the North American bald eagle. Although not clearly differentiated, the Hawaiian eagle had an isolated, resident population in the Hawaiian archipelago for over 100,000 years. Scientists estimate that at the time it was the largest terrestrial predator.

While it is extinct, the Hawaiian eagle is a bird worth learning about. This is more so when you consider the bird had long-term independent evolution from the mainland eagle. Read here about the Eagle symbolism.

While they travel far across the Pacific, millions of central Pacific seabirds gather on the Hawaiian Islands National Wildlife Refuge to breed. For some of these species, this is their only breeding site. They nest in cliffs, burrows, on the ground and in shrubs and trees.

The protection and active management of seabirds has led to a huge, diverse and relatively intact seabird population in Hawaii. The main Hawaiian seabirds are:

Hawaii sea birds only nest in the highlands of the main Hawaiian Islands.

The mynas are native to India, Middle East and the Himalayas. They were introduced to Hawaii back in 1866 with the aim of helping with the control of cutworm moths. Their population rapidly spread across the islands. Today, they are the most vilified birds in Hawaii.

The myna is described as a noisy and quarrelsome bird. It is also blamed for spreading invasive weeds, preying on seabird nests, and setting buildings on fire with lit cigarettes. With this in mind, the myna is not a favorite for most people.

There is no shortage of birds in Maui. The best spots for bird watching are Kanaha Beach Park, Kealia Pond National Wildlife Refuge, Waikamoi Nature Trail and Hosmer Grove. All you need is to plan your trip early and pack a good camera because you will need it.

1 thought on “Birds of Maui”