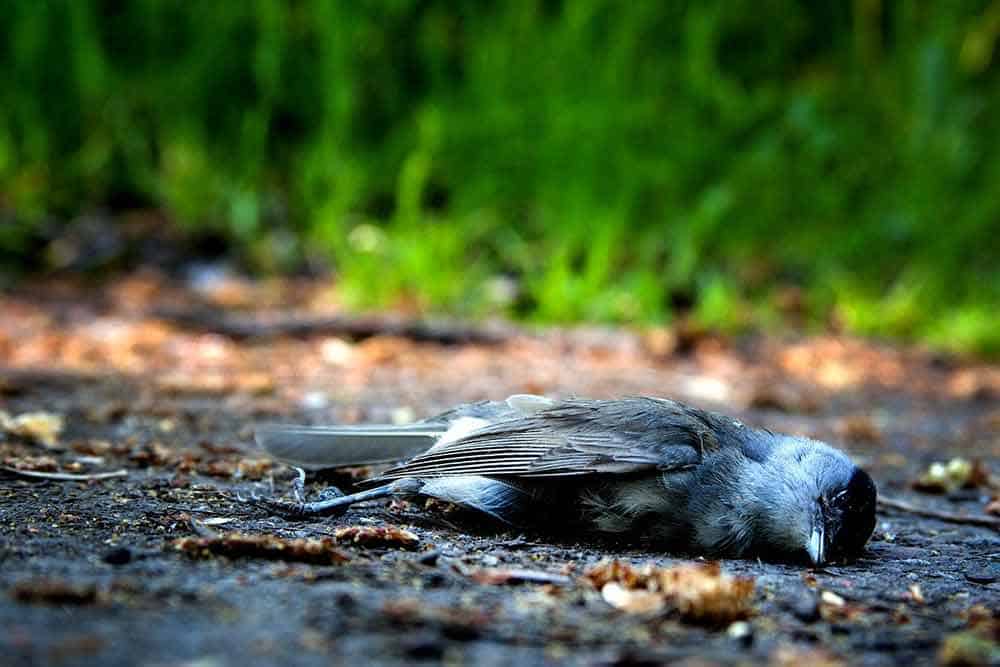 Fowl, Out: Finding A Dead Bird, Run, And Hide Or Rest And Relax?

What does a dead bird in my yard mean? You may be asking yourself this question after you’ve seen what the little feathered creature was trying to tell you. This blog post will explore some of the possible meanings behind finding a dead bird in your yard and help you figure out which of them might apply to your situation.

Known to have been given the gift of flight, birds have always had an otherworldly afterthought under their hats. Representing life, freedom, our connection to the heavens, as well as good and bad omens, our ancestors looked to them for indications of divinity, superiority, and transcendence.

While a dead bird does not necessarily mean imminent setback, loss, or misfortune, being in the presence of a lifeless fowl most likely means the end and the beginning of something. And since breaking down every dead bird’s meaning may be a tad difficult, let’s get specific and try to understand the meaning of a dead bird in your yard.

“When a BIRD is alive, it eats ants…when the bird is dead, ants eat the bird! Time and circumstances can change at any time… Let’s not devalue or hurt anyone in life…We may be powerful today…But remember, TIME is more powerful, one tree makes a million match sticks… But when the time comes….only one match stick is needed to burn a million trees… let’s be good and do good earthlings.”

What is a Dead Bird’s Meaning?

Perhaps due to their proximity and relationship with the Gods and the heavens, nothing brings out talks of a bad omen quite like when we chance upon a dead bird. As various cultures observe nature for spiritual symbols, crossing the path of a lifeless bird may simply be a message or an indication calling our attention to prepare us for an important event that is about to happen.

A lot of people assume that if they find a newly dead bird on their property, it’s an indicator of bad luck or disease, but not everyone agrees with this theory. One common interpretation is that when someone finds a blackbird (or any other type) lying dead somewhere outside its natural habitat, like in one’s yard, there are three possibilities: death by human intervention such as hunting; the second potentiality is that the bird was killed by a cat; and finally, there are those who believe it’s an omen of death-either to oneself or one of the family members.

Generally representing changes and transitions, a dead bird may be an indication that while an old door closes, a new one is about to open. While the most common interpretation connected to seeing a dead bird often includes adjustments, progression, and transformation, you cannot blame our ancestors to portray the image of a helpless and lifeless bird lying on the ground as a potent portent of doom.

We listed down a few of the most common interpretations of seeing a dead bird so you can decide whether you should fight or take flight:

An Indication To Take Caution

Throughout history, dead birds were seen as a harbinger of danger. Ancient cultures believed that dead birds appear whenever they have done unfavorable things that might have upset their Gods, making a dead bird’s presence a bad luck omen.

A Symbol Of Grief And Failure

Cheerful, playful, and filled with songs, birds offer a whiff of joy anywhere they go which is why we often connect seeing one that is lifeless to a distressing or unfortunate event in our life. Whether it is a severely toxic relationship or the loss of a job, dead birds are often seen as an implication of our recent disappointment.

Failing To Realize A Dream

The amazing ability of birds to soar high incites us to connect their flight to our most sought after, throw caution to the wind life dreams. Seeing a bird die, we ultimately perceive that it symbolizes our dream’s demise. While it can be heartbreaking, such an image might be an indication for us to start chasing a different dream. The end of the bird’s life must be a sign that a fresh start could be more beneficial as it provides you with a clean slate for a promising new beginning.

Reminds Us About The Inevitability Of Death

Ironically, death is a part of living. Seeing a dead bird serves as our reminder that no matter how vigorous and free you may be, we will all inevitably face our end. It is an implication of our need to stay humble and keep our feet on the ground regardless of how big or high we have become. In most cultures, a dead bird is thought of as a reminder or a warning about the loss of a person who is dearly close to you. Many would say that its presence is preparing us for the sorrow and unhappiness that is about to take place.

The Beauty Of Rebirth And Recovery

Luckily, a dead bird does not always signify negativity. Several traditions imply that such an adverse image can be a representation of a troubled soul that will be reborn free, at peace, and strong. Although we all know that death insinuates a life’s end, it can also be a symbol of a new beginning, restoration, and revival.

Bearing a slightly different meaning but almost always connected, dreaming of a dead bird represents a person acutely close to you who has recently gone ahead and passed on. Quite a common dream for many, a handful of those who have experienced would attest that such a dream occurred weeks or even days after a person dear to them passed away.

Apart from that, it may also be an implication of broken aspirations or the unfavorable thoughts that you have in your mind. It is of utmost importance to remember that despite the images of dead birds in your dreams, as negative as it may seem, it could be a sign that your grief is about to fly away. Although it is a bad omen for most people, a dead bird in your subconscious should be an encouragement to aim for positivity and to look into the future with hope and certainty.

The Symbolic Meaning Of Finding A Dead Bird In The Yard

As a place for fun and leisure, our yard symbolizes recreation or the cheerful and untroubled days of the past. As that part of our homes that connects the outside to what’s inside, it is believed that yards serve as a bridge that brings together what a person deems as personal and what we allow others to see. While the connection between our yards and a dead bird may be a little sketchy, finding dead birds in your garden can mean one of a few things.

There are many different interpretations of what a dead bird in the yard could mean. In general, if you find such an animal on your property then it is a symbol of change. This change may be positive or negative, but either way, it will have a significant impact on your life and how things work going forward. Additionally, we have no control over the change.

While it would be easy to simply say that it may be an indication of impending death in the household, many of the symbolism pertaining to dead birds would suggest that it could only be an implication of the several changes that your family would be asked to undertake.

Although it is possible that tragedy might soon give your family a visit, finding a dead bird in the yard can also mean that the difficulties that your household has experienced will soon be over and that it may be replaced by days of pleasure and abundance.

Regardless of what type of symbolism applies, however, when such an animal shows up it pays to prepare yourself mentally for anything to happen next! It can help take some pressure off by reminding ourselves that this was never about us anyway – its presence shows that we are merely a passenger on this journey.

Traditionally a sign of new beginnings and renewal, encountering a dead bird does not always indicate that days of difficulties, heartaches, and anxieties are on the horizon. While finding a dead bird in your yard carries with it a host of interpretations, worrying ourselves greatly may not be necessary for it may only mean awesome things such as physical recovery, spiritual renewal, and a fresh start.

The symbolism of the dead bird is that it signifies a change, which can be good or bad. It may signify an end to something and the beginning of something new in your life. Maybe you’re reaching for new heights but are also breaking free from what’s holding you back.

If this sounds like where you want to go with your life then don’t let fear hold you back any longer; take flight! But if the death of a bird symbolizes sorrow and mourning, then maybe it’s time for some self-reflection on how we spend our days so that we can find peace within ourselves again. Either way, there’s no denying that finding a dead bird outside means change is coming – will these changes bring happiness or sadness?

PS: in case you found a dead bird in your pool, please read this article or → Check our post: dead bird symbolism

2 thoughts on “What Is The Meaning Of A Dead Bird In My Yard?”