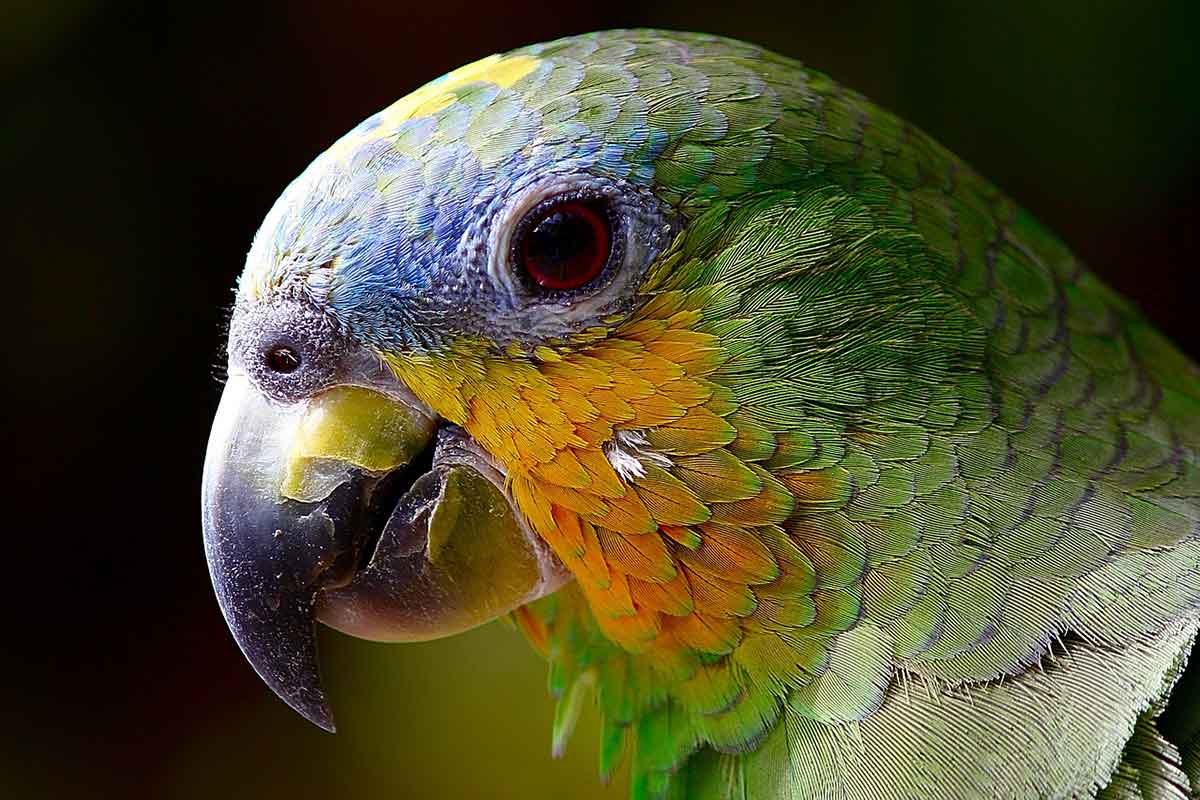 Nosediving Into This Age-Old Issue

For most animals, a scent instantly tells them about the personal profile of their peers. However, people have long dismissed the bird’s ability to detect an odor, specifically smell-based communications that unwittingly eliminate the advantages of enjoying a heightened sense of smell. Recent studies have demonstrated that birds can positively communicate through scents and how much their odor affects their generative success like humans. In this article, we will stick our nose into this often discussed topic and find out if birds can smell.

Do Birds Have Noses?

Everyone would agree that sight and hearing are the most essential senses for birds. They locate and catch their prey via these specialized characteristics and not through their noses as nearly all animals do. Researchers have, as of late, provided proof that various species of birds possess a well-developed sense of smell which brings us to tap on our mobile devices and find out if birds do have noses.

Birds lack the organ that reptiles, amphibians, and mammals use to detect an odor, in which it may be sensible to say that they do not have an actual nose. Instead, they are endowed with a soft, fleshy, and typically featherless patch on the bill which is called a cere. With its purpose unspecified, it is simply known to house the bird’s nostrils which are scientifically referred to as nares and are believed to play an important part in the bird’s breathing or smell.

With varying size, texture, and color, the cere functions to intensify the bird’s sense of smell or as a filter to keep tiny debris from clogging its airways. Though birds, as mentioned, do not have a nose, the cere is often referred to as their nose since it contains its nasal openings which a bird uses to breathe through.

What Is The Smell Of Birds?

Birds are generally admired for their vibrant plumage and balletic flight. While animals like sharks and dogs are known for their exceptional olfactory capabilities, a bird’s scent-detecting skill is often overlooked. All birds brandish a sensory tool that allows them to distinguish odors but whether they take advantage of that ability remains to be an age-old question.

For some birds, the mere hint of a certain aroma is a sure sign of lunch, while others use smell to navigate the skies. Some species of vultures surprisingly do not use smell to zero in on the carrion that they feast on, while some seabirds such as the nearly sightless and flightless kiwi swing its bill back and forth to sniff out worms and fish. Birds also use smell to distinguish unsavory food from those that are pleasing to eat to help them avoid a predator and to show their potential of being a suitable mate.

Birds do use their sense of smell, although this ability varies widely among certain groups such as those who employ it to forage and to locate sources of food and a fitting nesting spot.

Similar to humans, birds have five senses – each specialized to help them survive. While the importance and usefulness of a bird’s sense of smell depend on its species, there are certain scents that birds find more alluring than others. Birds do not rely on their sense of smell as much as other animals do, which makes any scent that attracts them exceptional.

Although not recognized extensively, the smell of cinnamon or orange peels create a pleasing aroma that birds find alluring. On the other hand, peppermint and other essential oils are widely used to deter birds who wreak havoc on certain backyards. Birds find these oils highly offensive and are sure to repel them without resorting to any physical maltreatment.

Out of all the senses, the bird’s capacity to smell is the least developed. Most bird species have very small olfactory points in the brain which affects their use of smell extensively. Nevertheless, there are a handful of bird species that have a better-developed sense of smell which they use to track down food sources. Birds such as the kiwi, honeyguides, and albatross can smell food from great distances, detecting odor that is hardly noticeable to humans.

Bear in mind that a bird’s sense of smell is not as developed compared to its sense of hearing and sight (read about the bird’s vision here). Contrary to the belief that mother birds would abandon any chick that has been touched by a human, it is highly important that you recognize first the extent of a baby bird’s age before you actually attempt to heroically pick it off from the ground and safely place it back in its nest.

Most birds can’t smell well which makes disturbance the bigger issue when it comes to human scent. Birds may recall images of being attacked by a predator or human pilfering with their nests but unlike most mammals, the chances of them recognizing the cause of their distress through smell is remote.

Being small and warm-blooded, birds need to eat regularly in order for them to keep their energy levels up. They spend much of their day on the hunt for food sources, flying around to survey an area from the top of trees, constantly seeking for anything that they can use as a new food source.

While most birds use their hearing and vision to find food, several birds such as parrots, kiwis, and the turkey vulture possess an amazing sense of smell which they fully take advantage of to track down a food source. Using their olfactory glands, they can sniff out fruits, insects, and dead animal remains a lot better than other members of their species. Their sharp memories allow them to remember where food may be abundant or take note of changes in the landscape which can indicate that a new source of food may have come up.

Birds may also develop the ability to recognize bird feeders, not because they’ve seen what they are in a book, but simply because they have grown familiar with them. There may be times when they have learned the routine of folks who put food out in their yard for them, encouraging the birds to at times wait ahead of their human friend in the garden.

The bird feeder’s location plays a vital role in how they find food through smell. Many birds spot feeders during flight which makes putting them in a spot where it can be easily seen advisable. Some birds would forage even in heavy bushes and vegetation so placing feeders amongst it can be smelled and found effortlessly by the bird is best. Once a bird recognizes a fresh source of food, it calls upon its mate, and in certain instances, its whole flock, to share with them its newfound source of nourishment.

Is There Are Birds’ Olfaction?

Majority of birds primarily use their superior eyesight, brilliant plumage, and distinct gestures for a range of functions. They have very little use for smell since in treetops, odors may disperse quickly, making it of very little help in locating food, prey, adversary, or a potential mate. Although the means for detecting scent is accessible, particularly in the bird’s cere, the brain center used to process information on odors is relatively small. Studies demonstrate that the sense of smell of certain birds such as cranes, rails, and nightjars may be better developed compared to those of pelicans, woodpeckers, and parrots. This is due to electrical impulses sent through these birds’ olfactory nerves that allow them to extensively utilize its benefits.

Several avian groups appear to have a better-developed sense of smell than others. Being flightless, kiwis seem to have obtained a more powerful sense of smell to compensate, using this advantage to identify a worm’s hiding place. Various birds are attracted to the smell of fish oil, krill, and squid, in which they can be seen to hover around an area, investigating the source of such odorant. Interestingly, there are a number of bird species that seem to use scent to locate their burrows. They are often seen gliding over thick foliage before plummeting to the forest floor and strutting against the wind’s direction to find their home.

Moreover, the debate of whether vultures use odor to help them find food remains as it has been suggested that they listen to the noises made by similar carrion-feeding rodents and insects to detect its location instead. While the turkey vulture indicates that their remarkable sense of smell makes them better hunters, it is not likely strong enough to catch a dead animal’s stench from such high altitudes.

We associate birds with enchanting songs and dazzling plumage, often suggesting that birds bank on their superb hearing and vision as their means for survival. Scents are made of uncommon chemicals and these amazing creatures of the sky come across a significant variety of aromas during flight and even while nestling on the ground. Because birds have nostrils, we suppose that they have a sense of smell akin to us. If only I can use my nose to sniff out my car keys. Read here some more information about the vision of birds.