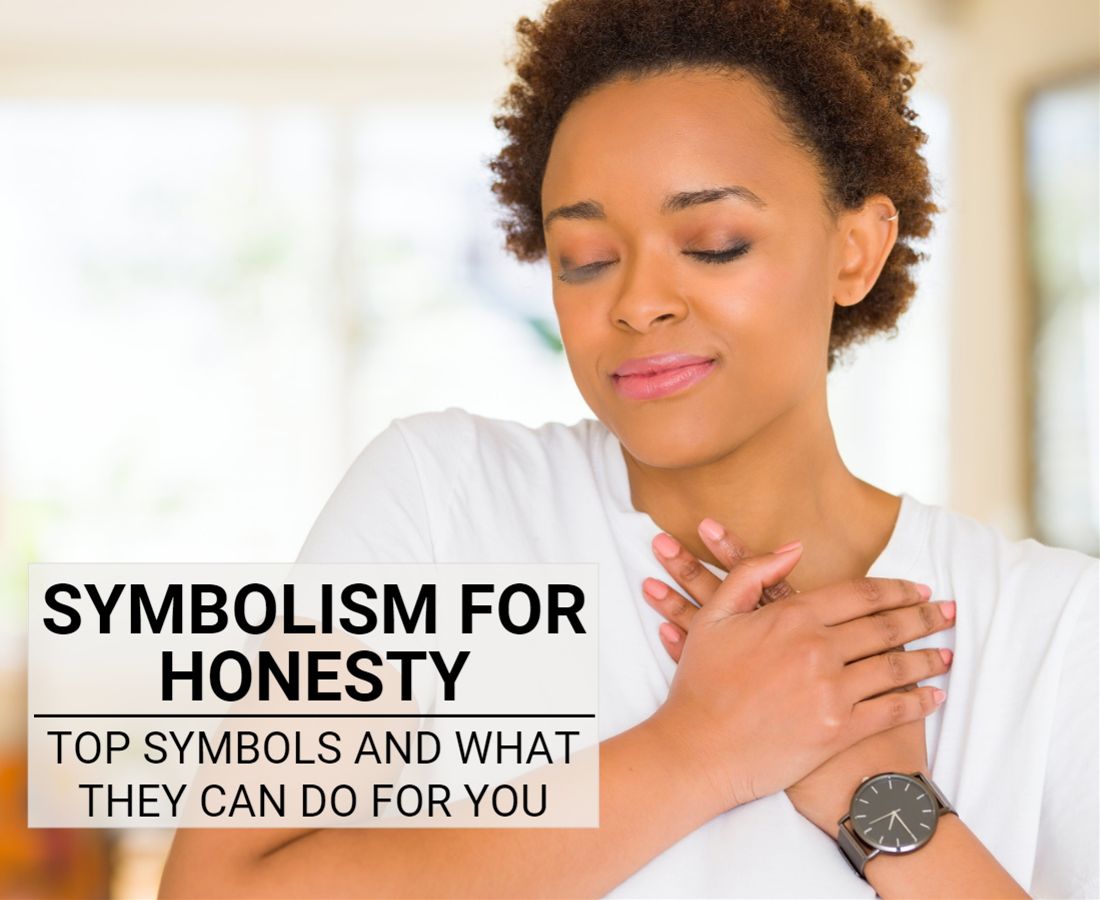 Most people consider honesty the most critical of all possible traits. It is an attitude on which every good human virtue is based. While some often employ deception to gain the upper hand over others, a truthful mindset allows us to gain a person’s trust. This helps us create long-lasting relationships.

However, although speaking with honesty offers a host of personal and spiritual advantages, many people still find being truthful easier said than done. Check out our list of symbolism for honesty below and discover why the importance of this habit is taught in schools, families, and societies.

“Honesty is the first chapter in the book of wisdom.”

Honesty is often seen as a virtue, and it’s no wonder why. After all, being honest usually leads to better relationships, opportunities, and outcomes. But what about the symbolic meaning of honesty?

For some people, honesty is associated with purity, innocence, and truthfulness. In other words, when you’re honest, you’re seen as being genuine and authentic. And these are qualities that many people value.

Honesty can also be seen as a symbol of strength. After all, it takes guts to be honest, especially when it’s not convenient or popular to do so. So, if you’re honest, you’re often seen as someone who is brave and confident.

Debbie Zylstra Almstedt created Zibu symbols in 2002 during a Reiki healing treatment. Zibu symbols are a set of creative designs that came about through communication with a group of heavenly spiritual guides. One of the popular Zibu angelic designs is the symbol of honesty. It consists of interconnected lines in a stylized spiral.

The Zibu honesty symbol tells us that we are all capable of integrity, truthfulness, and trust. It reminds us that we honor their divine qualities by showing sincerity to our peers. This religious, artistic concept allows us to create genuine friendships by helping us become more aware and honest about our words and actions.

Hand at heart as a symbol of honesty

The hand at heart (hand over heart) is a gesture that has been used throughout history as a symbol of honesty, sincerity, and truthfulness. This gesture can be traced back to ancient Greece and Rome, where it was often used in oath-taking ceremonies.

In more recent times, the hand-at-heart gesture has been adopted by many different cultures and societies as a way to show respect, allegiance, or good faith.

The hand-at-heart gesture is most commonly used today as a way to show honesty and sincerity. It can be used in both formal and informal settings and is often seen as a sign of respect. When making this gesture, it is important to keep your hand open and your fingers together. This shows that you are honest and truthful and that you are not hiding anything.

This gesture can also be used to show allegiance or loyalty to a person, group, or cause. It is often seen in political rallies or speeches, as it shows that the person making the gesture is committed to their beliefs. It can also be used in a more personal setting, such as when you are pledging your loyalty to a friend or family member.

If you want to show someone that you are honest and sincere, the hand-at-heart gesture is a great way to do so.

The daffodil is an attractive and vibrant flower known for its trumpet-like appearance. However, there is more to this flower than its delightful scent and beauty. The daffodil is a gorgeous bloom that offers unique and significant symbolism. It is among the first flowers to flourish after winter, heralding the arrival of spring. People have long viewed the daffodil as a flower of hope, compassion, and new beginnings.

Often associated with Easter and considered a symbol of resurrection, many believe that the daffodil is the best flower to give when asking for forgiveness. It is highly associated with truth and honesty, leaving a promise that we will strive to remain faithful and open in our relationships.

Widely acknowledged as the “King of the Birds,” people don’t find it surprising that the eagle flies in with honesty as one of its more significant symbolisms. The eagle is revered for its incredible eyesight and is undoubtedly one of the largest birds on the planet. Its ability to soar in the sky led many to see the eagle as a messenger of the Divine.

The eagle is a famous symbol of strength and courage. It reminds us that living in honesty enables us to soar higher than our fears. Its majestic presence tells us how we should show confidence in our skills and talents and that it is always best to be truthful to ourselves and others.

Throughout history, an open palm has subconsciously communicated important symbolic messages. Widely associated with truth, honesty, and acceptance, experts would attest that our natural body response makes it almost impossible to be dishonest with your palms up and open.

Proving that the position of our hands makes a lot of difference, many would say that purposely speaking with our palms open inspires us to be truthful and honest persons. Many view an open palm as a sign that you have nothing to hide. It enables us to live and speak with sincerity, regardless of who we are talking with.

While locked doors and padlocks often possess a negative connotation, an open padlock is a welcoming sign that we have risen above our hardships and the many complexities of life. It also symbolizes that we have nothing to conceal, for we have confidently lived honestly and truthfully.

Various traditions acknowledge an open padlock as a sign that success and days of happiness are about to arrive. An open padlock reminds us how honesty often leads to a life of prosperity and abundance. It is a positive sign that we live free from the judgment of others, as well as the worries of deception, trickery, and lies.

A staple in spy and crime literature, the magnifying glass’ ability to make something small appear larger urges us to live with honesty. It reminds us to be more truthful with our words because trying to cover our tracks can be devastating and hurtful. Known more commonly by many as a magnifier, the magnifying glass indicates how we should make honesty a part of our everyday lives.

It tells us that even the slightest falsehood can have enormous consequences. The magnifying glass warns us about the dangers of making people believe that things are more significant than they really are, for such dishonesty almost always negatively affects us.

The fifth  Vishuddha as a symbol of honesty

The fifth , known as Vishuddha, is often seen as a symbol of honesty. This chakra is located at the throat, and it is associated with the element of ether. The color of this is blue, and it is said to represent communication and self-expression. The symbol of this chakra consists of a lotus with sixteen petals.

When this data-keyword-id=”2714″>chakra is balanced, we are able to speak our truth with honesty and integrity (see also our post: why chakra balancing is important) . We are also able to listen to others with openness and respect. If you feel that you need more honesty in your life, you can try working with the fifth . There are many ways to do this, such as meditating on the color blue or wearing blue gemstones.