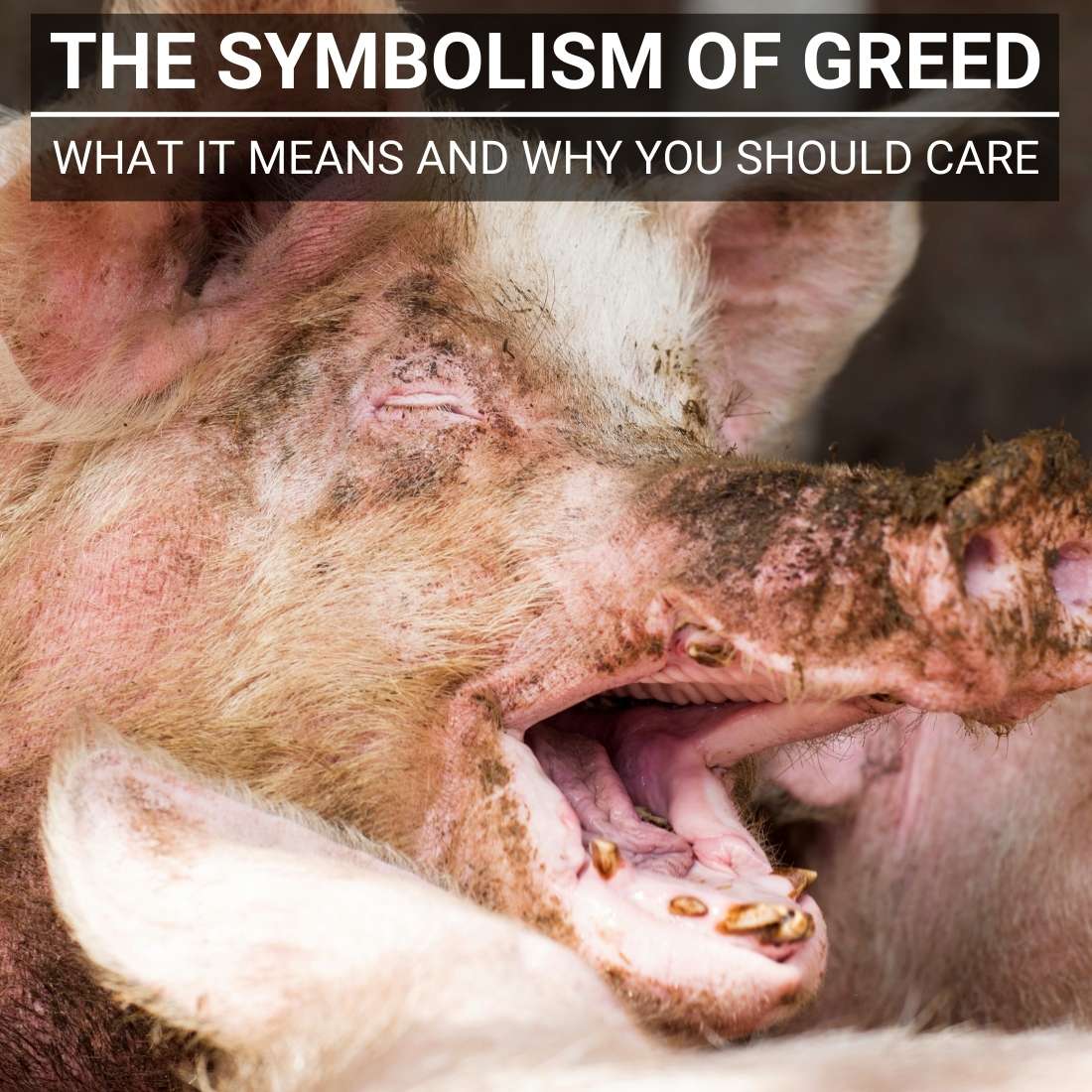 Greed: Why It’s Fine To Be Self-Serving Sometimes

Not too long ago, pursuing a life of self-interest and an overwhelming appetite for more were disgraced and frowned upon. Commonly defined as an “excessive desire for more of something that is needed,” greed causes many of us to selfishly do things at the expense of others. Nonetheless, much like most of our thoughts and behaviors, unreasonable self-indulgence is represented by many of the things that thrive around us. From the delightful and adorable to the most intimidating and fearsome, here are the top 10 animals associated with greed.

Greed is one of the seven deadly sins for a reason. It can be incredibly destructive both to individuals and to society as a whole. But what does greed mean, and why should you care? In this blog post, we will explore the symbolism for greed and discuss its effects on people and communities.

In literature and in life, greed is often portrayed as a negative force. But what is greed, really? And why should you care? In this blog post, we will explore the symbolism of greed and discuss its meaning in both books and real life. We will also discuss the dangers of greed and offer tips on how to overcome it.

“If you deal with a fox, think of his tricks.”

Featuring a pair of sharp fangs and a fondness for setting camp in dark places, it is easy to identify these surprisingly tame creatures with things that are sinful and malevolent. With a preference for hanging out upside-down in hollow trees, caves, and abandoned buildings, the vampire bat’s insatiable thirst for the blood of sleeping mammals, including humans, has long made these nocturnal animals a symbol of greed (also check out our post about the vampire and its symbolism). While they have been observed to put their families and colony in high regard, they just can’t seem to resist the smell and taste of blood. Read more about the bat symbolism.

Highly revered in numerous traditions, these curious and, at times, aggressive creatures have been observed to have an affinity with campers, particularly their picnic baskets. Generally perceived to be a loner, baboons are known to be courageous and skillful enough to sneak around and take possession of the meal of others and fight back when pursued or confronted. While they have the strength to hunt for food by themselves, their use of intimidation and trickery to take advantage of others has made them a popular image of self-centeredness.

Perhaps one of the most disliked and unpopular animals around, these large dog-like carnivores are regarded for their awesome predatory skills. Fueled by its strong survival instincts, the hyena would make use of its greediness to deceive much larger predators out of their food. Popular for its distinct call that resembles a human’s laugh, this vicious yet cautious creature best exemplifies self-centeredness as they care for nothing else but themselves above all.

While these furry creatures have long been good companions to humans, their indiscriminate craving for meat has made them a somewhat charming symbol for greed. Adored for their playful, sociable, and highly active nature, ferrets are known for their amazing ability to store food for later consumption which inspires us to prepare for life’s more challenging days. However, these curious creatures’ failure to know when to stop hoarding makes them seem stingy and selfish. Read more about the ferret symbolism.

Much like most rodents, these tiny yet adventurous mammals have powerful front teeth that never stop growing which instinctively support their constant gnawing. Equipped with an insatiable hunger for seeds, roots, and nuts, as well as smaller insects and caterpillars (caterpillar symbolism), the squirrel is also known for saving its necessities for when the time of difficulties arrives. While such a trait may be ideal for some, this aggressive individual’s incessant eating habit leads it to consume eggs and chicks and has stirred many to consider them a powerful image of high self-interest: a good example of the symbolism of greed. Read more about the symbolism of squirrels.

Revered for their remarkable intelligence, these typically stubborn animals are believed to be smarter than monkeys (read more about the monkey symbolism), dogs, and even three-year-old kids. A popular symbol of resilience (also read: symbolism for resilience), abundance, and prosperity, their notorious eating habit, as well as their capacity to eat their young to avoid starvation, has easily associated them to be extremely greedy. Known for their ability to learn and perform tricks, its trainer should pack a lot of treats and patience as the pig’s unyielding nature has been proven to quickly consume both. Read also our post: pig symbolism.

Often seen grazing meadows and grasslands, this highly social and gentle creature is frequently depicted in myths and legends resulting in its myriad of deep spiritual meanings. Although they are actually picky eaters, their image of constantly chewing on anything that their mouths can latch on to has given birth to the belief that they are constantly yearning for food. Add to that their ability to climb low-lying branches and to stand on their hind legs just to reach a nutritious offering, then you have a handful of cultures shunning them. Read more about the goat symbolism.

While they look helpless in the lab and as friendly as a puppet on TV, frogs are aggressive animals that chasing after their prey with forceful behavior. Symbolizing fertility, transformation, and good fortune, these troublesome creatures would sit patiently and unknowingly assault anything that moves in front of them. Using its tongue to entrap insects from sun up to sundown, this voracious amphibian is both mean and self-seeking without a doubt. Read more about the frog symbolism.

Usually found basking motionless under the sun, the speed of these mischievous creatures in both water and land has long made them a frightening and menacing figure. Although most of us put them in high regard due to their impressive hunting technique, the behavior of the bigger members of its species which shows them intimidating and making off with a smaller alligator’s kill indicates how they are perhaps one of the most powerful symbols of greed. Displaying a total disregard for others, this ravenous creature won’t stop until it gets what it wants.

Known as a creature that belongs to the dog family but behaves more like a cat, these non-aggressive creatures have long had a relationship with humans. However, its tendency to take advantage of us as well as other animals to gain possession of our food has given them a negative connotation that includes greed and deceit. Admired for bringing scraps of food to provide for its young, the fox is an ideal example of how a little selfishness can be beneficial. Read more about the fox symbolism.

Symbolism of greed: while too much self-regard can at times motivate some of us to aim for success, its nature of urging people to want something more than they need can time and again promote resentment, selfishness, and envy. Although our basic human values are enough to drive us to be more considerate and generous to others, the animals on this list serve as our reminder of how evil, guilt, and misdeed begin with even just a hint of greed.