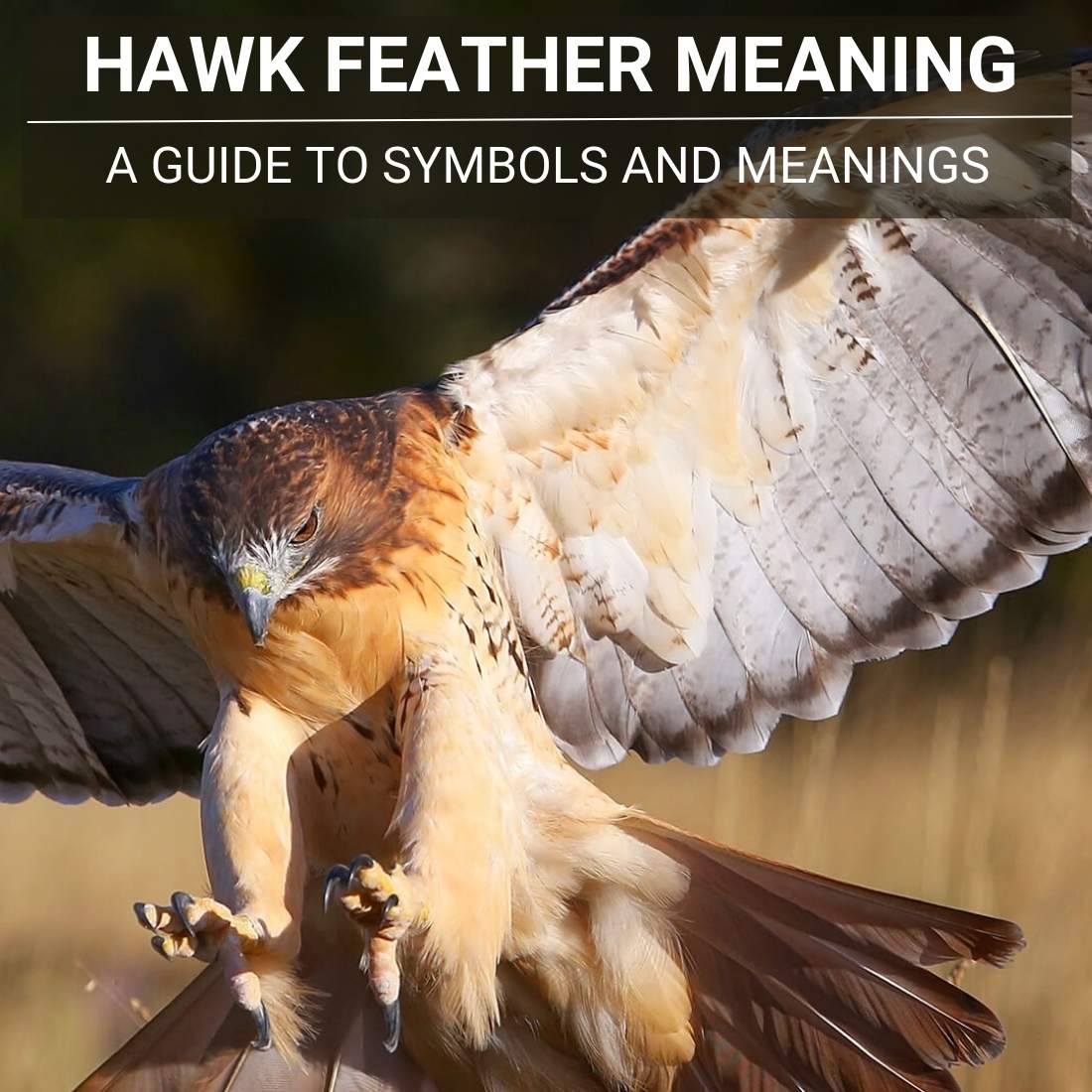 Feathers have been used as a symbol of power, strength, and flight for centuries. The Native Americans believed that the feather was sent by their ancestors to give them messages from beyond the grave. Feathers are also one of many symbols associated with spiritual guidance or journeys in life. They can be found in many cultures around the world, such as Celtic, Lakota Sioux, and Inuit.

Every feather has a different meaning depending on where it is found, but there are some general meanings that apply to all feathers: freedom (spiritual), truth (spoken), honor/compassion/love (gifts).

Boasting on their exceptional eyesight, hawks are known to possess the ability to spot their prey from about a kilometer and a half away and have the strength and speed to effortlessly complete the hunt. Using its muscular legs as well as its strong, sharp claws, several hawk species can dive at breakneck speeds of about 240 kilometers per hour, snatching its mark, and taking it to a safe spot where these fierce hunters pluck and tear the meat apart with their characteristically large curved bills.

Regarded as a remarkable symbol of flight and freedom, we dive in swiftly as we aim to understand better what does the Hawk feather looks like?

Extremely light yet strong enough to withstand strong winds and offer insulation and warmth, a bird’s feather is simply amazing. While hawks are typically seen roaming the skies of every continent except those of Antarctica, these ferocious hunters often sport a combination of white and brown feathers with the semblance of black spots or streaks.

Often referred to as flight feathers, they are considered to be much larger and more impressive compared to those of other birds, allowing hawks to soar through the air and swoop down with unbelievable velocity.

Stiff and laying close to its body, it greatly resembles the falcon’s feathers but is known to be far softer than those of its fellow hunter. Soft to the touch and fluffy, the hawk’s feather allows it to look much larger than its compact body, providing them with a more imposing appearance and making them seem more ferocious than they already are. Not only does this give them a more fearsome image, but it also helps these magnificent birds to maintain their flight stability as they glide at higher speeds.

Known to spend a considerable amount of time towering above while looking for prey, the exceedingly broad wings of the hawk allow this awesome bird to soar and stay aloft without much effort.

What Is The Symbolic Meaning Of A Hawk Feather?

Finding feathers on the ground especially when you are on a trek in the wild can be exciting. While it could mean a handful of things such as a bird being in distress resulting in a loss of its feathers, we often think that walking into plumage conveniently resting on our path is packed with a plethora of great symbolism.

Recognized as a representation of creativity, fearlessness, and increased spiritual awareness, the hawk’s feather reminds us to become more mindful of the messages that God and your spirit guides are trying to make you acknowledge and understand. (Read more about the general Hawk symbolism here).

Believed to bear messages from the spirit realm, hawk feathers represent an open line of communication between you and the heavens that guarantees you quick answers from the spirit realm. Not only do these birds of often white and brown plumage help communicate your pleas and higher intentions, but spotting even just this amazing creature’s feather is an encouragement that you should perhaps go further into your spiritual journey.

Chancing upon a hawk feather symbolism is a reminder that you should let go and allow your spiritual guides to take control. It is often an invitation to stay open and to carefully take heed of any advice that might come your way.

The plumage of this wonderful creature tells us to be mindful of the signs, messages, and lessons that our spiritual guides are communicating with us. Its presence calls us to mind that we should take notice of all the events that are currently taking place in our lives for symbolic messages may be kept behind them, reassuring us that our most significant prayers will soon be answered.

The Significance Of The Hawk Feather In Native American Culture

Many cultures believe that a hawk feather symbolizes a gift from the spirit realm that comes into our lives just when we need it the most. Often appearing in ways that help you realize the connections between our world and that of the spirits, hawks bring encouragement, guidance, and confidence. It gives you the necessary boost that will help you realize your innermost goals. Considered by Native Americans as guardians and protectors, they believed that hawks carry messages of truth, clarity, and honesty, as well as warnings of unforeseen difficulties and challenges.

Highly revered and respected, the feathers of these fascinating creatures are used in sacred ceremonies, wherein plumage that falls from the sky was deemed to ferry gifts directly from the heavens. As a representation of guardianship, determination, and protection, Native Americans used the hawk’s feather to add the element of air in some of their rituals, using such smudging ceremonies to show and symbolize respect towards the elders, family, and friends.

Meaning When You Find A Hawk Feather

Whether in visions, dreams, or out in the wild, being in the presence of a hawk feather should be treated with the utmost importance. They could be channels of communication being made available to you, in which messages from the spirit world are being sent by your spirit guide.

Often an indication of change and transformation, finding a hawk feather could be a sign of unforeseen challenges that may require you to make a life-altering decision. Apart from serving as our guide in our own spiritual journey, hawk feathers incite us to lend our consciences an ear, as it will make certain that no matter how difficult a decision it is that we need to make, it will be done in accordance to our values and spirituality.

Typically huge and unquestionably strong, finding a hawk feather shows how greatly connected you are to the spirit realm, encouraging you to pursue your goals. By listening to your intuition, knowledge, and wisdom, you are assured that the decisions you make were overseen and influenced by your guardians from the spirit realm.

Long been regarded as creatures with a close connection to the gods, the ability of the hawk to soar at great heights gave birth to the implication that they are only one of a few birds who carry with them good fortune. 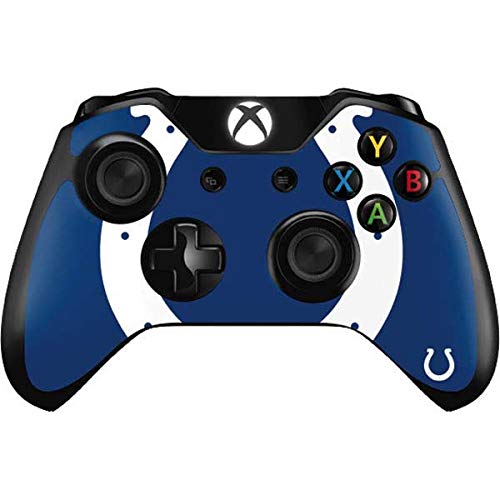 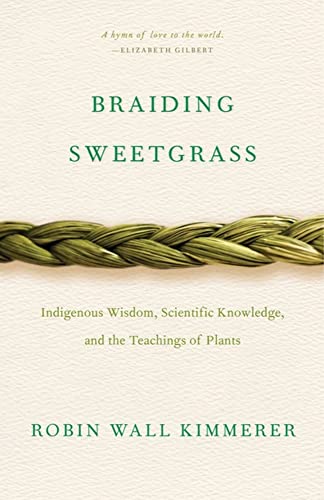 Serving as our reminder about the importance of keeping focused on our dreams, staying connected with our spirituality, and pouring our best efforts out regardless of the task are only some of the awesome qualities that hawks instill in us.

Although such characteristics may not precisely translate into the hawk’s feathers being bearers of good luck, our ancestors’ belief that they are gifts directly from heaven is reason enough to accept that this magnificent bird’s feather brings nothing but favorable fortune.

If you’re lucky enough and hear a Hawk’s cry, read the meaning in this post.

As overwhelming and as majestic as they may seem, hawks are hands down amazing. Along with their loud screeches and keen eyesight, they can hunt down their prey no matter what. Since their feathers play a major role in several cultures’ religions and rituals, coming across one is almost always our stern reminder to surrender our control, listen to our spirit guides, and soar.

[Video] How to Identify Bird Feathers in the Field

No, because there isn’t any scientific evidence that supports the notion that a hawk feather has any kind of magical powers. However, if you believe that the hawk’s feathers do bring good luck, then you might want to keep hold of these feathers until you get married. If you’re already engaged, then you’ll probably want to give away the hawk feathers before you tie the knot.

Is it true that if I find a hawk feather then I will get rich?

No, although many people believe that when they find a hawk feather, it means that they will become wealthy. However, there is no scientific proof that proves that a hawk feather can bring wealth.

How do I know if my hawk feather is real?

You can buy fake feathers online, but most of them are cheap imitations of genuine ones. If you want to get a true hawk feather, then you should go to a reputable shop where there are plenty of different kinds of feathers available.

Does the Bible mention hawks? 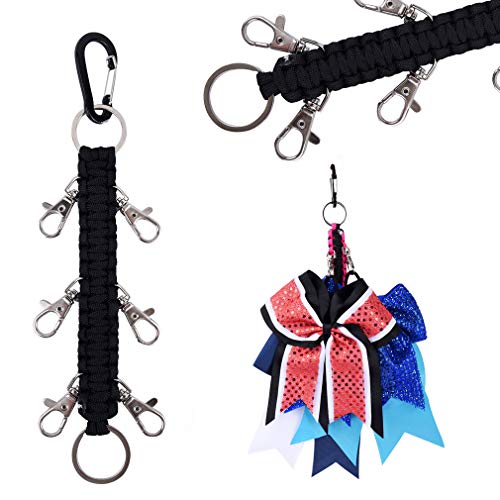 1 thought on “Hawk Feather Meaning: A Guide To Symbols And Meanings”