Considered by many to be one of the most valuable resources in life, it is surprising that we still tend to take time for granted. An essential ingredient to achieving prosperity and success, time is believed to be the greatest reward that any person could ever have.

While a lack of it can feel like the biggest obstacle between you and your ideals, our list of animals associated with time could help change the way you feel about this remarkable gift.

There are many ways to view time, but did you know that animals can teach us a lot about it? In this article, we will explore the animals associated with time and what they symbolize. Each of these animals has something unique to offer in terms of understanding time. We’ll start by looking at the animal that is most closely associated with time: the snail.

Snails are creatures that move slowly and methodically. They take their time to get from one place to another, and they remind us that sometimes the best way to get things done is to take our time and not rush.

Snails also teach us about the importance of being patient. When we are patient, good things can happen. We may not always move as fast as we want to, but if we’re patient, eventually we’ll get where we’re going. Read more about the snail symbolism here.

If you happen to have come across the classic children’s story about the tortoise and the hare, you know that these naturally shy creatures are admired for their slow but sure pace. However, there is more to these remarkably resilient heroes in a half shell than being cousins to the more popular turtle. Their ability to live from 80-250 years makes them a symbol of longevity, giving them a spot on our list of animals associated with time.

Found in various habitats around the world, the tortoise is seen in various traditions as a revered symbol of patience and wisdom. With nothing but their hard back shell to protect them from predators, they are seen as a figure of humility, endurance, and protection.

Turtles can teach us that time is not necessarily a straight line, but rather, it is something that can be fluid. Turtles also teach us the importance of taking things slowly. We don’t always have to be in a hurry – sometimes it’s better to just take our time and enjoy the journey.

Read more about the tortoise/turtle here.

Rabbits are known for their ability to reproduce quickly. They can teach us that time is not always linear – sometimes things happen quickly, and sometimes they happen slowly. Rabbits also remind us that even though time may move quickly, we should still take the time to enjoy the moment. We also have a post about the

A colorful reptile that adapts well in deserts, mountains, and forests, the gecko is an exceptional lizard that features unique traits and habits. Their extraordinary capacity to camouflage in their particular environment to deceive predators, as well as the gift of shedding skin and growing back lost limbs, make their presence an omen of adaptability, rebirth, and time.

Nocturnal by nature and thriving mostly in warmer regions, they are one of a handful of animals that can change colors to blend with their environment. An animal that is believed to herald a period of good fortune, the gecko urges us to embrace change and transformation.

Read more about the symbolism of the lizard/gecko.

“Better three hours too soon than a minute too late.”

Along with a rich history in several Asian cultures that date back thousands of years, the koi fish is often regarded as a symbol of perseverance, strength, and balance. However, a Japanese Koi carp that was believed to have lived for 226 years led many to view this swimmer as an animal that symbolizes time.

A staple in ponds and water gardens, they are believed to bring forth prosperity and good fortune to any place it stays at. Perceived to be messengers of the Divine, the koi fish symbolizes protection and guidance in the most difficult times of our lives.

Known to be among history’s most domesticated animals, the horse gallops into our lives with varying signs that are meant to motivate and inspire. Identified as a creature that gives us the drive to pursue our passions and desires, several cultures associate these runners with hard work, endurance, and time.

Having long been used for travel, trade, and combat, horses have provided us with benefits that helped shape the way ancient civilizations lived. The ability to see nearly 360 degrees at a time and run at speeds of about 90 km/h has made them a majestic symbol of intuition, courage, and freedom.

Often found thriving in the forests, deserts, and wetlands of Asia and Africa, the elephant is a large, all-mighty creature that represents strength, nobility, and wisdom. Considered by many as friendly gentle giants, their relatively expansive lifespans have long made them symbols of endurance and time.

Characterized by a trunk that contains up to 40,000 muscles, they use this limb for just about everything, including breathing, bathing, and picking out berries for lunch. Acknowledged as one of the most intelligent animals on the planet, the elephant is believed to experience compassion and grief. Elephants often appear to encourage us as we go through our life’s difficulties and hardships.

Flying along with their feisty and joyful personalities, parrots swoop in to remind us of the importance of words and communication. Often boasting a range of colors that is sure to catch one’s attention, these talkative flyers are known to represent time, healing, and renewal.

A widely popular pet option, particularly for kids, the parrot stands out from other birds for its incredible skill at mimicking a range of calls and sounds. An image of friendship, love, and every good thing that takes place in between, they remind us of our need for an entertaining and chatty companion that stays with us for life.

Read more about the parrot symbolism and spiritual meaning here.

Admired for their majestic size and friendly traits, whales are among the animals whose presence simply takes your breath away. Featuring life spans that stretch from 10-90 years, these mysterious yet highly respected creatures are a symbol of solitude, intelligence, and time.

With several species that can grow more than 100 feet, they are considered to be the largest animals to have ever walked or swam on the planet. Gently gliding in with heads that make up about 40% of their bodies, they are believed to show feelings and emotions and have been observed to provide other sea creatures with protection. These traits have also been associated whales with intelligence, kindness, and compassion.

For millions of years, sharks have roamed the oceans of the planet, sowing panic and fear. However, these often misunderstood hunters offer a range of symbolism that goes beyond providing balance in our marine ecosystems. While the presence of these ferocious creatures often brings about a frightful experience, their resilience has made them symbols of strength, opportunity, and time.

Known to have survived five mass extinctions, including the one that wiped out the dinosaurs, sharks have long symbolized adaptability and resilience. As some of the sharks we see and dive with today have remained the same for over 150 million years, these powerful predators do tell tales that are as old as time. Read more about the shark’s spiritual symbolism.

Believed to never stop growing, the lobster is considered by many to be an animal that represents rejuvenation, progress, and transformation. While they don’t own the ability to live for eternity, a lobster named George lived up to 140 years old, paving the way for these highly territorial creatures’ association with time and longevity.

Recognized for their ability to shed their claws to confuse a predator, they inspire us to be proud of our individual skills and talents. However, their natural trait of growing a missing limb or leg, albeit smaller than the original, is a reminder that we are also capable of bouncing back from our mistakes. We can transform into a much better version of ourselves.

Known for their painful stings that can be relieved by the acids in urine, jellyfish are ancient animals that are highly adaptable and even possibly immortal. Their ability to continuously regenerate their bodies leads people in various traditions to see them as symbols of longevity and time.

Believed to have been bobbing along the oceans long before the time of the dinosaurs, they may be one of the oldest living creatures in the world. While they are at times seen as figures of flexibility and our capacity to go along wherever life brings us, there are some who see such conformity as a negative sign of weakness and submission. Read more about the Jellyfish symbolism.

Animals that represent the past: dinosaurs

Our predecessors on earth were the mighty dinosaurs,  who ruled the land for over 150 million years. These massive creatures were a force to be reckoned with, and they can teach us about the power of time.

Dinosaurs remind us that even though time may move slowly, eventually things will change. They also teach us that sometimes it’s necessary to take risks—if we don’t, we may miss out on opportunities.

The same accounts for the survival of the fittest, animals that adapt the best to changes are more likely to stick around for the long haul.

Time and animals are such an interesting topic! Find some products on Amazon that we like below: 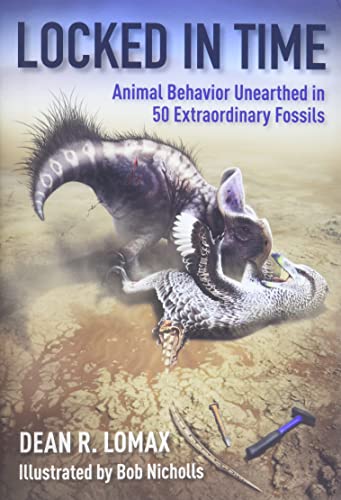 Animals that represent the future: birds

Birds are creatures that have always been associated with the future. They symbolize hope and new beginnings, and they remind us that no matter what happens, there is always something to look forward to. Birds also teach us about the power of time-even though it may move quickly, eventually, we will reach our destination.

We have a lot of information about birds, maybe start with our post about bird symbolism.

Animals that represent the present: cats

Cats are creatures that live in the present moment. They don’t worry about what happened in the past or what will happen in the future – they just enjoy the here and now. Cats can teach us that time is not something to be afraid of – it’s something to be enjoyed.

We should live in the moment and not worry about what might happen tomorrow. Cats also remind us that even though time may move quickly, we should still take the time to enjoy the things we have now.

Find more information about cats and their symbolism here.

No matter what your view of time is, there is an animal out there that can teach you something about it. Animals have a lot to offer in terms of understanding the concept of time. So next time you’re feeling lost in the present moment, or you’re looking to the future, remember the animals that rule time, and what they can teach us about living in the moment. Thanks for reading!

How animals perceive time is shown in this video: