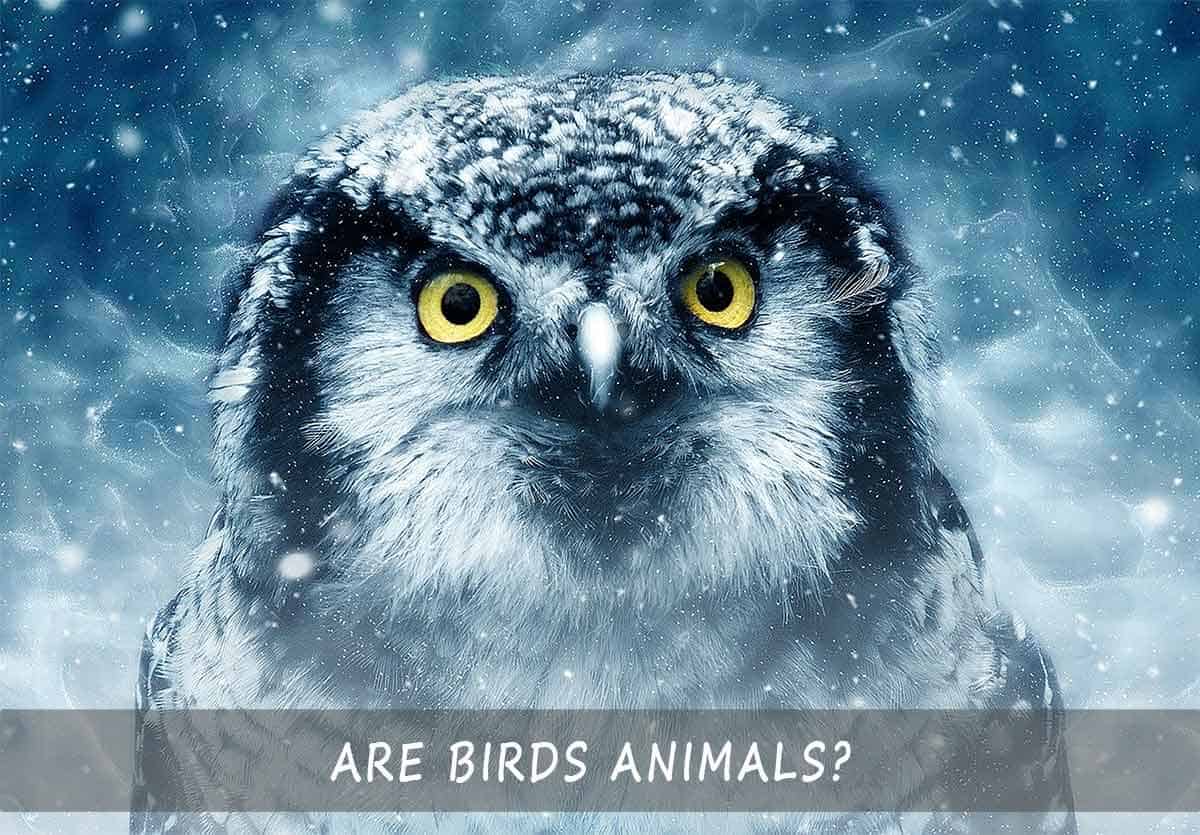 A very common question people ask is if birds are animals?” Without further ado, the simple answer to that is, yes! Scientifically peaking, anything that is not a human or a plant is an animal. Birds are also classified in the kingdom, Animalia, which also identifies them as animals. However, even though birds are animals they have several different characteristics that separate them from all other animals. Today we are going to look at those features and what makes birds so different and unique.

The first feature that sets birds apart from other animals is how they attack and devour their prey. A majority of animals have strong jaws and teeth to get this done, from an alligator’s impressive jaws and gnashing teeth to a lion’s extraordinary bite. However, birds possess a different feature-a beak! The beak is a layer of the epidermis that is made of keratin. In terms of food, a bird will use its beak to forage for bugs in the ground, in the trees, in logs, and wherever they might find their food source. They can also use their beaks to attack their prey. Both owls and eagles have extraordinarily strong and sharp beaks that allow them to attack and eat mice and other small animals very easily. A vulture uses its beakless for hunting and more to rip apart the flesh of its meals. You can also find birds using their beaks to crack open seeds and nuts. As you can see, a bird’s beak serves as a multi-purpose tool necessary for its survival. Besides using it for food, a beak has other purposes as well. One of those uses is to help feed their young. You will also catch birds using their beaks for preening-or cleaning themselves, for moving objects, and during times of courtship when they are trying to find a partner.

Another interesting characteristic that sets birds apart from other animals is their skeletal structures. Most animals have bone structures that help them survive on land where walking and running are the main forms of getting from one place to the next. However, birds’ skeletons have been structured in a way that helps them fly because that is their dominant method of transportation. They have several bones that are fused in a way that makes them more flexible for flight. For example, instead of having two clavicle bones like most animals, their clavicles have been fused into one bone known as the furcula. They also have a large sternum compared to the rest of their body which helps provide strong attachment areas for the wing muscles necessary for flight.

That brings us to the next feature that makes birds different than other animals, they have wings! In addition to using them for flight, they also use them to help them regulate their body temperatures. It is quite evident that while most animals who live on land have had their arms or front legs evolved and adapted for land movement and survival, a bird’s front arms-or wings- are there to assist in their flight and survival.

Speaking of wings, this brings us to the next attribute that makes birds so much different than all other animals; they have feathers. Most animals will have scales or fur that covers their bodies. These features provide everything from camouflage, to body temperature regulation, to assisting in actual movement. The feathers of birds do all of that and more. They can also use their feathers and brightly colored plumage to attract mates or let other birds know that a certain territory belongs to them. The structure of these feathers is quite interesting, as well. Birds have different types of feathers that help them with their flight. The primary set of feathers helps them produce the thrust which propels them forward during flight; these are found at the tip of the wings. They are also known as the “fingertip feathers” because they are the longest set. The secondary set helps with the lift and keeps the bird in flight. Finally, the tail feathers on a bird assist in the lift as well and will also allow the bird to turn in the air and even hover by providing the constant lift.

Like it was mentioned before, birds have a different skeletal structure than other animals. Birds are animals that are vertebrates, which means they have backbones. However, the structure of its backbone is significantly different. While the backbones of most animals are filled with marrow, you will not find that in a bird’s backbone. Their backbones are actually hollow and filled with air. The holes in this area are connected to their lungs and are one of the reasons they have such efficient respiratory systems. This characteristic also aids the bird in its ability to fly because it helps keep them lightweight.

Birds Have Air Sacs – but still: they are Animals!

Another structure you will find only in birds that sets them apart from other animals is the presence of air sacs. These sacs are spaces where the air is always present. The pressure changes in these cavities are what help move air throughout a bird’s respiratory system. Just like the hollow, air-filled spaces in a bird’s backbone, you will find other parts of their bodies that have air sacs instead of an actual structure. One example of this is the non-existence of a diaphragm in birds. In place of this thin, skeletal muscle you will find air sacs instead. As you might guess, these air-filled areas also help with not weighing the bird down and making it the most efficient for flight. Another role of these sacs is assistance with temperature regulation; they help to flush out heat from the body. This comes in handy due to the fact that birds do not produce sweat.

As we can see, even though birds are classified as animals they have several key characteristics that set them apart from others. From beaks that are used to kill, eat, and feed their young, to the presence of air sacs in their bodies, to their feathers, birds are unique and fascinating animals. On top of that, they are true geniuses!

Bonus Videos: Are birds as smart as mammals?