Described as an animal that sports an eagle’s head and wings banded together on a lion’s body, the griffin sure looks like a pretty fearsome creature. Luckily, this striking and impressive animal is only a mythical creature that reigned throughout the fabled Greek mythology. Known for their courage, strength, and eyesight that is second to none, these smart and ferocious creatures are packed with symbolism, lore, and tradition which will make you sigh with relief that they are just the stuff of legend. As some experts believe that these beasts are based on an ancient animal that once existed, let’s grab our brush and shovel as we discover what it means when we encounter a griffin.

“Man must rise above the Earth—to the top of the atmosphere and beyond—for only thus will he fully understand the world in which he lives.”

What is the griffin animal?

The Griffin is a mythological creature with the head, wings and front feet of an eagle and the back half of a lion.

Griffins are said to be the offspring of a lion and an eagle, usually with wings like those belonging to different cultures. They have been seen throughout human history as well; some say they live beneath rocks while others claim their mother was made out of bird feathers!

The most popular depiction would likely involve something having paws rather than hands which attachment point between their tail-ends resembles that same area where eagles’ bills sit – though this could just come down printing convenience since readers know what kind of beasties await within these pages already. Griffin’s heads are often adorned with feathers and/or horns.

What does a griffin symbolize?

Indicating the potent combination of intelligence, potential, and vigor, griffins were considered to be extraordinarily majestic and powerful as they featured the mix of the king of the beast and the ruler of the skies. Believed to have pulled the carriage of the Sun god Apollo, they served as the guardians of great treasures, using their otherworldly strength and frightening appearance to scare wannabe thieves away making them a strong symbol of protection, guardianship, and safety.

Occasionally referred to as griffon and gryphon, a handful of researchers believe that this creature was derived from the real-world dinosaur Protoceratops whose fossilized remains were found in the gold mines of the Altai mountain of Scythia, which is now modern-day Kazakhstan and Mongolia. Since it has not been entirely proven, the griffin’s many similarities with modern-day animals have made it a known symbol of ancient wisdom, contradiction, secrecy, and mysticism.

Often depicted with large, horse-like ears, the griffin has adopted its nemesis’ symbolism which includes freedom, determination, beauty, majesty, and valor. Known to choose a single mate for its lifetime, this awesome creature represents loyalty, fidelity, and lasting love, all of which mirror several Christian concepts. According to early Christians, griffins represented watchfulness, enlightenment, and good relationships. While these were taught to his many followers by Jesus himself, the griffin, with its ability to roam the earth and soar the heavens became the perfect representation of Christ.

Because of its link to the Divine, this majestic beast was believed to possess the ability to cure blindness. Using vessels that resemble the griffin’s claws, healers during the Medieval Era call upon this remarkable animal’s healing properties to provide the sick with comfort and relief.

Griffin symbolism can be used in many different ways depending on the context. Griffin images or symbols may be used on flags, shields, or coats of arms to represent power, authority, and strength. They may also be used as logos or mascots for sports teams or businesses.

In addition, Griffin imagery can be included in artwork, jewelry, or other decorative items to add a touch of power and nobility. Griffin symbols can also be used in tattoos to symbolize protection, guidance, courage, and strength.

The griffin is most commonly used as an emblem of power or authority but it can also be used in art to represent other things such as rebirth or even procreation. Griffin symbolism could be said to resemble the Chinese Feng Shui concept for this reason – so much focus on what may come next rather than what was before! Griffin images are often seen mounted upon shields too which makes them popular symbols with heraldic artists when looking to create a piece that has some amount of narrative flair about it; indeed any Griffin shaped merchandise comes outfitted with wings because that’s just how people think they should look like all-round really given its name isn’t ‘phoenix’ (read more about the meaning of the phoenix).

There are many different interpretations of Griffin symbolism, as it can represent a variety of things depending on the culture or context in which it is used. In general, the Griffin meaning is associated with strength, power, courage, wisdom, and nobility. Griffin symbols may also be used to represent authority, leadership, excellence, and victory.

Legend has it that these winged monsters were fond of building nests from gold. Naturally, it lured hunters and bandits who were perhaps looking for a rare but challenging steal which prompted griffins to remain watchful and hostile as they guard over their nests. Swooping down as a spirit animal when you most need protection, this moody creature comes with fierce talons ready to pounce and consume anything that poses a threat. Often diving into your life at times when you feel like you’re in a rut, it helps you tear through obstacles that may be discouraging to achieve spiritual progress or emotional balance.

A figure that willingly dives in when you seek enlightenment, its large wings have the power to brush aside the darkness, allowing the sun to shine down upon the earth. By giving sufficient light to reveal hidden conditions and circumstances, it enables you to find what you need to improve on a certain situation as well as your personal relationships. Held by countless Greek gods as sacred, the griffin helps you refocus on your spirituality, particularly when your goal is to develop a more profound connection with the Divine.

As your totem animal, its sometimes imposing and almost regal presence gives you a dynamic and spirited personality that invites everyone else to seek your wisdom and guidance. Since the griffin enjoys the laser-sharp vision of an eagle, you are gifted with foresight which allows you to see things before they occur. Along with a relentless affinity for learning, this determined creature transforms you into an exceptional figure of protection. The griffin’s penchant for all things luxurious and beautiful indicates how you hold all your treasures dearly and that you are ready to protect each of them at all costs.

The griffin in mythology

Throughout history, there have been many stories about the giant creature that guards gold. The first instance of this appears in mythology as it watches over other valuable items stored inside a castle or cave – sometimes even hidden beneath its skin! This intelligent animal can move between different worlds depending on what’s needed for protection; whether you’re talking natural resources like forests with their green value (gold), human artifacts created through laborious workmanship such as jewelry made from precious stones/metals etc., trade goods transported across long distances…(commerce).

In other mythologies the griffin is known for its greed (read more about the symbolism for greed) – the Griffin meaning in this context is associated with avarice, or the insatiable desire to accumulate wealth. Griffin symbols may be used to represent something that cannot be bought even if one has great quantities of money. This interpretation could apply when looking at Griffin symbolism in art; it might indicate a work created by an artist who was not paid well but whose talent remained undiminished despite financial hardship. The griffin can also denote “things” that are unattainable whether because they belong to someone else (a famous person) or simply due to their rarity and/or value.

Griffins, with their long beaks and wings, are often depicted as attendants to gods in ancient art. They were said to pull the chariots of Apollo or Nemesis while they protected Greeks from wrongdoing through service on behalf of these two goddesses- one legend tells how Alexander captured two griffins off which he chained them adorn his throne before eventually managing to raise them up high so that nobody could sit down below without permission!

Some cultures see Griffins as guardians of the dead and it is not uncommon to find griffins carved into tombstones or stained glass windows in churches. The Griffin can be seen as a symbol of hope, guarding the deceased on their journey to the afterlife. 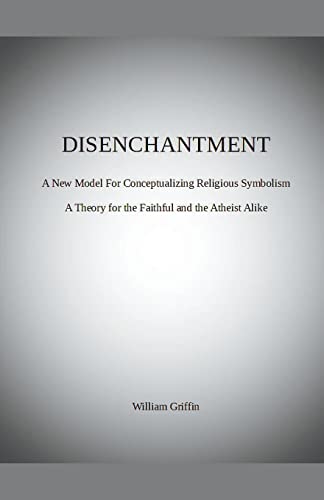 Disenchantment: A New Model for Conceptualizing...
Check Price on Amazon
Bestseller No. 2 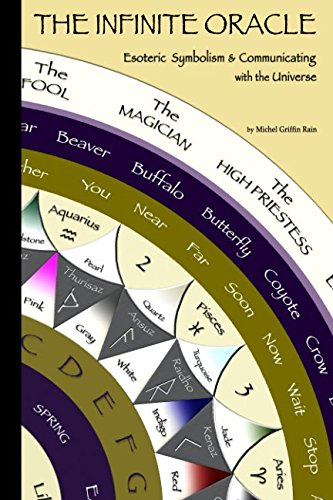 The Griffin in heraldry

The Griffin symbolism in art

Griffin symbols are often used in art to represent these same qualities. Griffin symbols can be found in paintings, sculptures, tapestries, and other pieces of art. Griffin symbols can also be found in architecture, such as griffins carved into the side of a building or griffin statues located near the door to an entranceway. Griffin Symbolism is more commonly seen outside rather than inside buildings because that is where it represents strength and power- on guard at all times!

Since a griffin is a figure that combines the features of both the king of birds and beasts, its appearance in our dreams indicates our ability to soar high like an eagle, all while remaining strong and grounded like the lion. Equipped with the strength of the king of the jungle and the alertness of the king of birds, an image of the griffin shows that you are ready for any difficulty that might come your way. Since they are uncompromising when it comes to guarding treasures, dreaming of a griffin could mean that some form of treasure will soon be resting on your hands.

Regarded as a messenger of the divine, the appearance of this fascinating spirit animal in your dream signifies your need for a spiritual awakening, an adventure that is lying in wait, or a realistic vision of something that you’ve had on your mind for long. Honored as one of the strongest and most powerful of the mythical creatures, a griffin that visits you in your dreams could mean that you carry a stronger deep-seated power that you might not be aware of. It could be a reminder that by using your innate skills and talent, you can choose to either stand your ground and face the troubles head-on like a fearless lion or fly and rise above those whose goal is to inflict you with harm.

Much like most legendary creatures, the griffin holds a range of representations that can help make our daily journey more bearable. While it is not likely that we will be steering dragons or running beside unicorns any time soon, the powerful, mysterious, and reasonably hot-tempered griffin can oversee, lead, and guide us through its many out-of-this-world symbolism.

Disenchantment: A New Model for Conceptualizing...
Check Price on Amazon
Bestseller No. 2 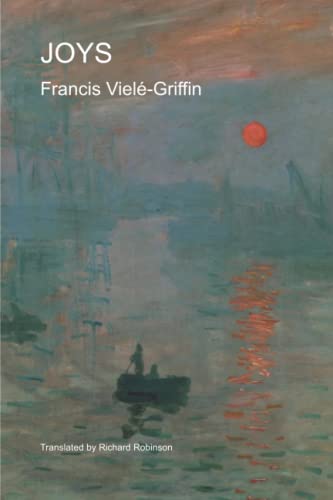