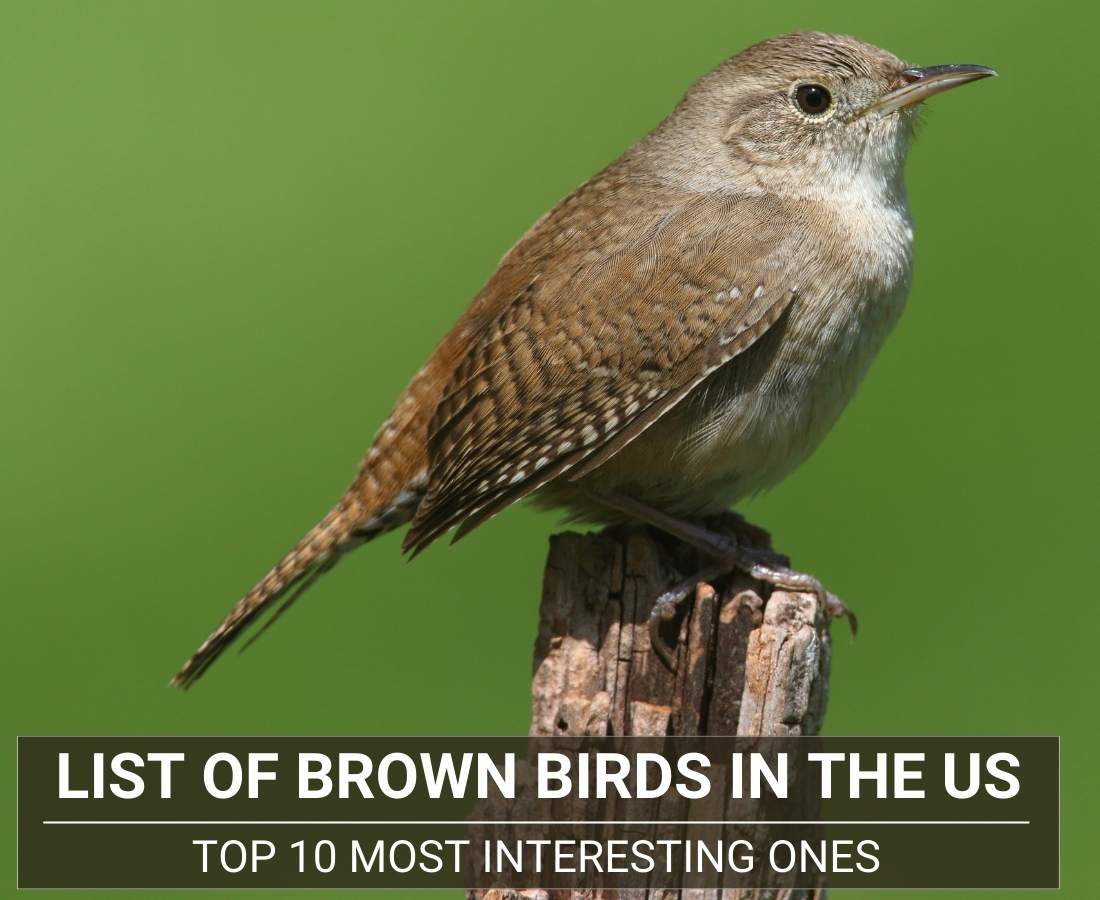 It is usual, for new birders, that one of the most difficult groups to identify are the brown birds and it is not for less, they are quite common and there is a great variety, especially in the United States.

For that reason in this post, we have compiled a list of brown birds in the US – complete with pictures and interesting facts.

Similar to a pigeon but more elegant.

In America, there are currently 150 million specimens.

For a long time, it was called “the king of the snow”, since it sings animatedly also in winter.

This is a common species throughout North America.

Carolina Wren is a year-round resident of the southeastern United States.

They are quite common in Tennessee in the summer and can grow quite confident.

This bird is more often heard than seen, and its song is like that of a flute.

Despite its name, it is not particularly related to trees.

Can be quite vocal; listen for its distinctive buzzing sound like a zipper being closed.

This is one of the Passeriformes of the world, which means that it is a perched bird.