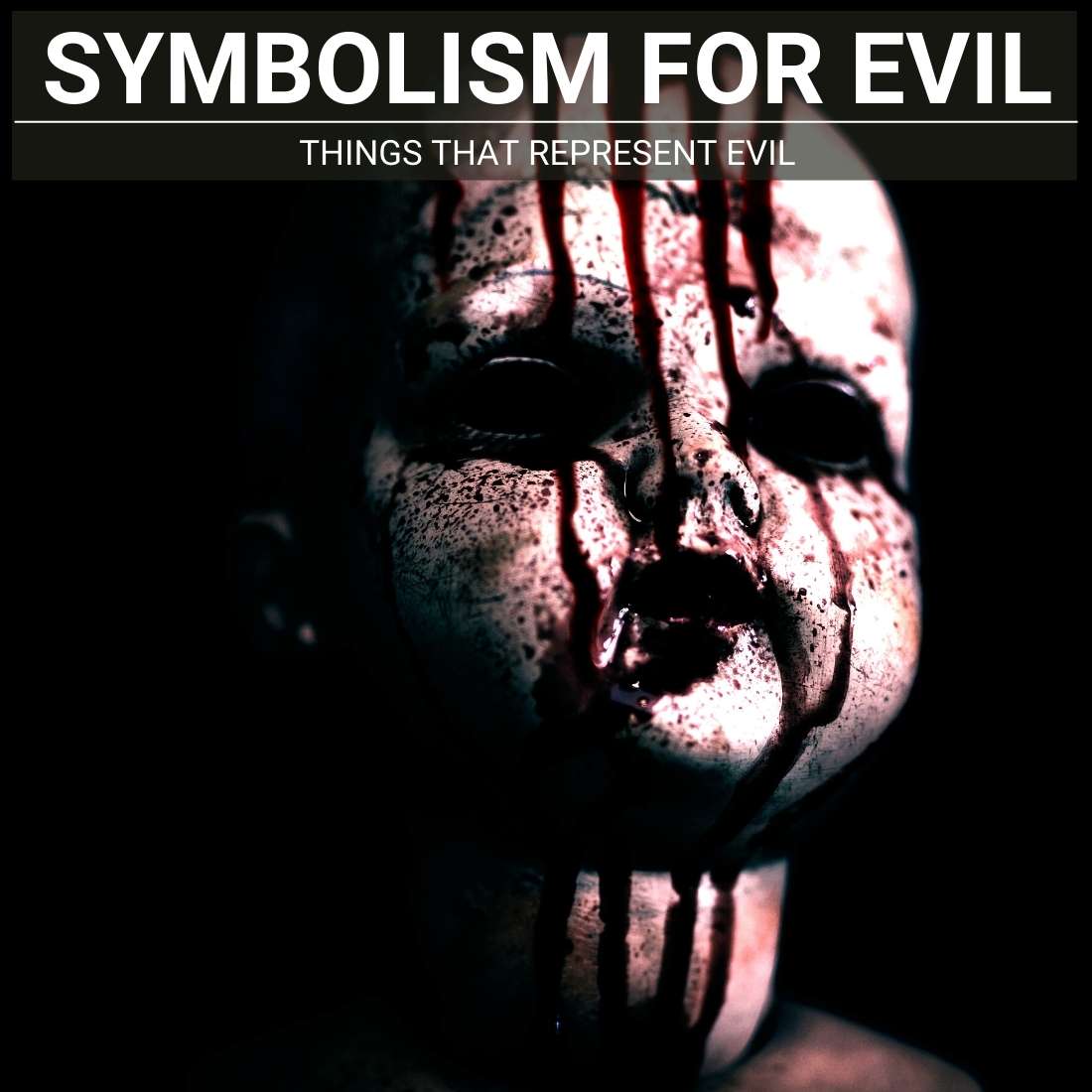 Symbolism For Evil: Why They Are Actually Not Too Bad At All

Because we tend to look for the meaning of the things around us, symbolism has long played a critical role in the way we communicate with others. While most of us go out of our way to be thoughtful, unselfish, and compassionate, possessing a mean streak or being a jerk does not only help reduce stress but also leads us towards a path of prosperity, flawless overall well-being, and professional success. From a little girl’s go-to companion to that pesky creature that hums and purrs, here are the most common symbolism for evil and why their presence can actually be beneficial.

Have you heard of the story where a serpent that was hanging out in a garden single-handedly brought about the fall of humanity? That world-renowned deception of Eve by these wise yet deceitful creatures has easily won them the notoriety of being the most immoral figure of all. Known for their distinct appearance as well as their fearsome and intimidating image, they slither into our presence with some of the most complex spiritual symbolism. Although its need to shed its skin is believed to represent rebirth, transformation, and wisdom, its menacing image and tales of the most popular betrayal in history make the serpent the top symbolism for evil. Read also our post: dead snake symbolism and we also wrote about the spiritual meaning of a snake in the house.

Considered by some to bring forth prosperity and good fortune, black cats are perhaps some of the world’s most misunderstood companions. Highly associated with witches back in the middle-ages, it was widely believed that people should take a different path to avoid unnecessary risks when they see a black cat cross it. While nobody knows why they were the favored pets of the occult, their piercing yellow eyes and midnight black fur overcome the soothing sound of their purr and give them a dark and wicked image.

Read more about black cats and the cat symbolism.

Boasting a jaw-dropping 200 million scent cells, wolves are no doubt one of the most efficient predators around. While they are commonly seen as a symbol of loyalty, family, and close-knit relationships, their voracious and predatory nature has earned them a relatively vicious and destructive reputation. From forcefully huffing and puffing to blow the houses of the three little pigs down to luring a girl with a red cape off the moral path, several traditions believe that nothing is more sinful than the big bad wolf. You can check here on the symbolism of the werewolf, the evilest wolf.

Highly intelligent and extremely territorial, the crow is often heralded as a symbol of mystery, fearlessness, and transformation. However, its notoriety for attacking and eating other birds, including its victim’s nestlings, has given crows a hideous and malevolent image. Known to belong to the group of animals that have the stomach to feast on carrion, their willingness to partake of a lifeless body closely associates them with all things hateful and ugly. Believed to be a spirit animal that transcends both the realm of the living and the dead, several traditions perceived that these aggressive and, at times, playful creatures are responsible for taking the souls of the wicked to the underworld. Read also our post: crow symbolism.

Initially worshipped by the highly revered Knights Templar, Baphomet is a powerful image that depicts a winged human with the head of a goat. Believed to combine the insatiability and the avaricious traits of goats and humans, it was said to symbolize our need for balance as it features images that depict opposites such as a male and female, humans and animals, as well as good and evil. A powerful image that remains to be highly associated with witchcraft and the occult, it represents immoralities such as gluttony, greed, heresy, and sins of the flesh. Check also our post: goat symbolism.

An image that describes the five wounds of Jesus Christ, the pentagram is widely known to symbolize protection from evil and other undesirable substances. By turning it upside down, a handful of occult organizations have transformed it from being an image of guardianship to a symbol of defiance, evil, and spiritual corruption. Known for its links with the intimidating figure of Baphomet, an inverted pentagram resembles the image of a goat with its horns punching through the heavens and denying its ideals and prominence.

While it is recognized as an instrument of pain and torture, the cross is an immensely respected image across the world. As the device that paved the way for Jesus’ death and eventual resurrection, an inverted cross is viewed by many as a symbol of evil and is linked to a handful of satanic ideals. Although Peter the Apostle requested to be crucified on an upside-down cross to show his tremendous humility and faith, an upturned cross, particularly one with the image of Jesus on it, is a sign of disrespect and has been widely frowned upon.

Once recognized as an image of competence and good fortune, the swastika was held as a figure of divinity in various spiritual traditions. Literally taking an unfavorable turn for the worst, the German Nazi Party, which is known for committing perhaps the most horrible atrocities the world has ever witnessed, twisted the swastika towards the right and changed the way people saw this otherwise magnificent and fortunate symbol. Although a handful of cultures still see it as an indication of prosperity, growth, and success, history reminds us how it once symbolized evil, hatred, and death.

Regarded as perhaps the most frowned-upon combination of digits known to man, 666 is widely perceived as the “Devil’s Number.” Much like the number 13 which is believed to bring bad luck, this series of numbers is commonly referred to as “The Number of the Beast” as read from the book of Revelation. While some say that these digits are used by some to summon the devil, research suggests that 666 is actually a numeric code that refers to Emperor Nero who was known to be one of the most ruthless rulers who widely persecuted Christians.

Recognized as objects that spark fear in several books and films, voodoo dolls are handheld human effigies that were believed to be crafted by Caribbean cult members to cast spells or to bring about revenge. While they were originally created to help people heal and as a way to communicate with the deceased, the image of cultists thrusting pins on these dolls to inflict misfortune and death has rapidly turned them into an object that symbolizes suffering, misery, and a vengeful spirit.

We also wrote a post about finding a dead bird porch and voodoo: the negative power of voodoo.

Whether you are looking at carvings on a cave’s wall or kicking back and whispering wishes as you watch the stars in the sky fall, symbols have long defined the way we go about our everyday lives. While these often avoided figures can be upsetting and may conjure fear and stress, seeing them in a more favorable light makes these symbolisms for evil an indication of growth and strength, as well as all things pure, beautiful, and nice.