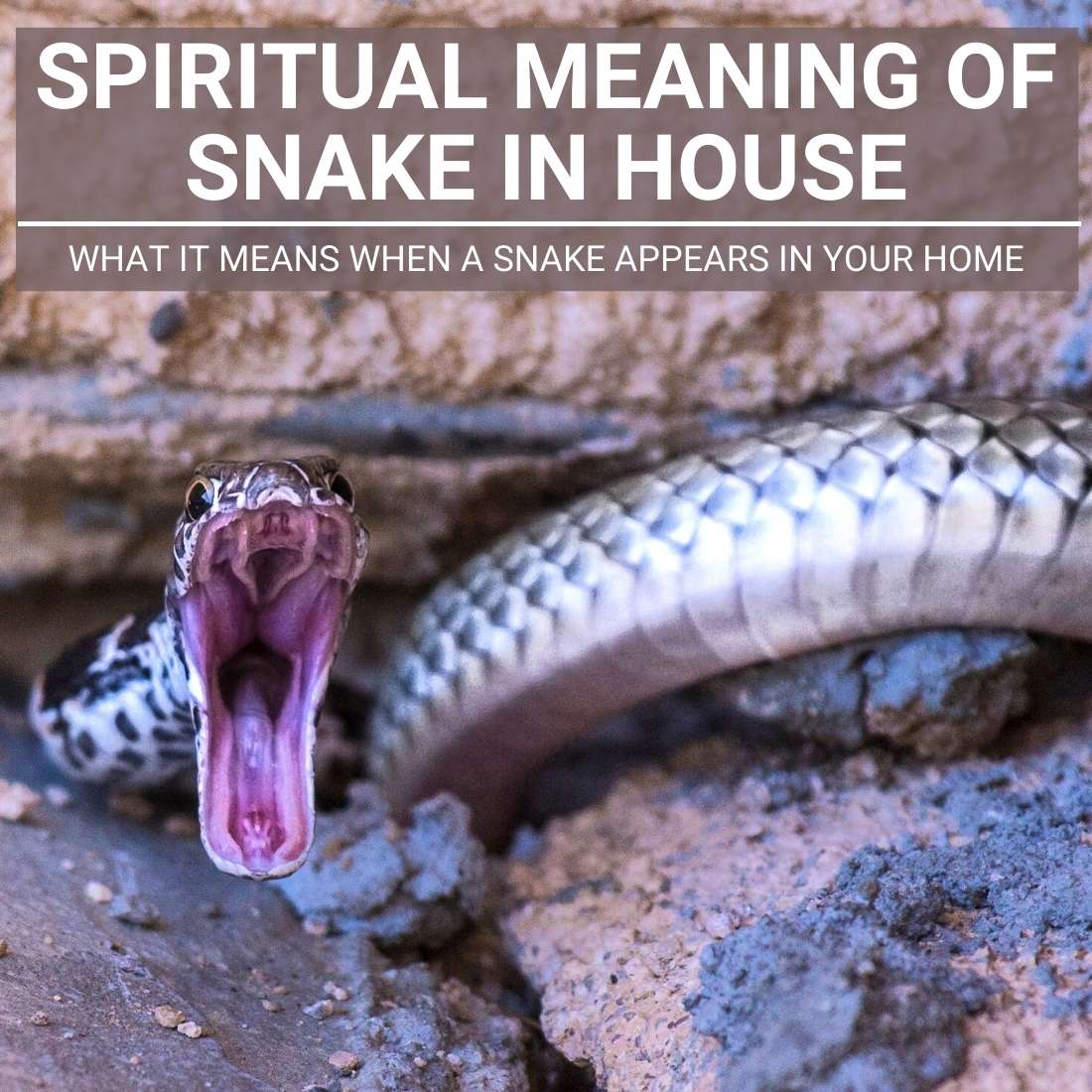 Do you have a snake in your house? If so, what is the spiritual meaning of a snake in the house? Snakes are often associated with spiritual symbolism. They can represent transformation, healing, and new beginnings. When a snake appears in your home, it may be a sign that you need to make some changes in your life. This could be anything from changing your career to working on your spiritual growth. If you see a snake in your house, take the time to interpret its message!

Snakes In The House: Proving That There Really Is No Place Like Home

Widely recognized as a symbol of lies and deception, snakes own some of the most divisive images the world has ever known. Believed to have evolved from pre-historic lizards, these relatively well-behaved creatures offer a handful of unique spiritual messages that make them one of the most respected animals in the world. Found in a range of habitats including swamps, deserts, forests, and grasslands, it’s easy to understand why many of us are spooked each time we discover these fearsome animals conveniently resting in the darkest corners of our house. A symbol of fertility and healing in many traditions, let’s slide into the spiritual meaning of finding a snake in our home.

What does it mean when you see a snake?

Long-held as a symbol of protection, stealth, and wisdom, the snake is a one-of-a-kind animal that incites both fear and fascination from humans. While they possess the notoriety of being one of nature’s most intimidating creatures, learning about this reptile’s extraordinary symbolism shows that there is more to these shy critters than being just slimy monsters that menacingly slither. Known to have first appeared 98 million years ago, these extremely agile animals are seen in several cultures as a formidable symbol of wisdom. As a critical tool that helps us make better day-to-day choices, the snake teaches us why we should give our talents and deep-seated knowledge the utmost importance.

Acknowledged for playing a critical role in perhaps one of the most popular stories of betrayal and deceit in history, the snake’s presence is a reminder for us to remain watchful of those who tend to use disinformation and treachery. While some see being too careful do more harm than good, being constantly aware of the events that surround us remains to be one of the best ways to prevent the occurrence of any possible threats. Observed to shed their skin several times a year, they appear to remind us how we, too, can rid ourselves of our old habits as it often leads to a harmonious and tension-free life.

Spiritual meaning of a snake in the house

Although not all snakes are venomous, many of us see an encounter with one as life-threatening and dangerous. Its amazing ability to regrow its tail at least once in its lifetime represents our need to reconnect with estranged family members and to heal from the pain that was brought about by others. Observed to strike only as a form of self-defense, these generally non-aggressive creatures provide us with the courage to face any sort of trouble that endangers our home and our loved ones.

As an animal that lives out its entire life in direct contact with dirt, this cautious and apprehensive creature teaches us the value of keeping our feet on the ground as it promotes restraint and a better understanding of ourselves. Best recognized for its distinct S-shaped movement, as well as its ability to coil in a spiral, seeing a snake in our house represents the endless love that our family is capable of giving and the continuity of its beloved traditions. Not only does such a sense of belonging help us be more resilient, but it also gives us the strength to cope more effectively when times are difficult.

In spite of its ability to blend in with the leaves and twigs that surround it, this spiritual creature is a reminder for us to be more visible in our actions as it speaks of the need to express ourselves more openly. As we allow our creativity and imagination to flow, we become less afraid of what others might think or say about us. Furthermore, we also learn to trust our intuition more as it provides us with the guidance that we need to make better decisions in life.

There are many interpretations of what it could spiritual meaning of seeing a snake in your house. In some cultures, snakes are seen as guardian angels while others believe that they’re a sign of bad luck. Whatever the belief may be, there’s no denying that snakes are fascinating creatures with a rich spiritual history.

If you’ve seen a snake in your house, it could mean that you’re going through a major life change or that you’re about to embark on a new journey. It could also be a sign of good luck or fortune. Alternatively, it could be a warning from your subconscious to watch out for someone or something sinister.

No matter what the spiritual meaning of a snake in your house is, it’s important to stay calm and observe the creature from a safe distance. If you have any fear of snakes, it’s best to call animal control to remove them from your premises. Remember, snakes are more afraid of you than you are of them and they will only attack if they feel threatened.

If you found a dead snake in your house, please read our post dead snake meaning: the unsettling presence of death.

While several cultures view such a visit as an omen of death, trusting in the fact that the snake attacks only when provoked should be enough assurance that there is nothing worrisome in finding a snake in your home. Although it may be quite an alarming experience, a house call from this charming spirit animal should swallow all your worries away.