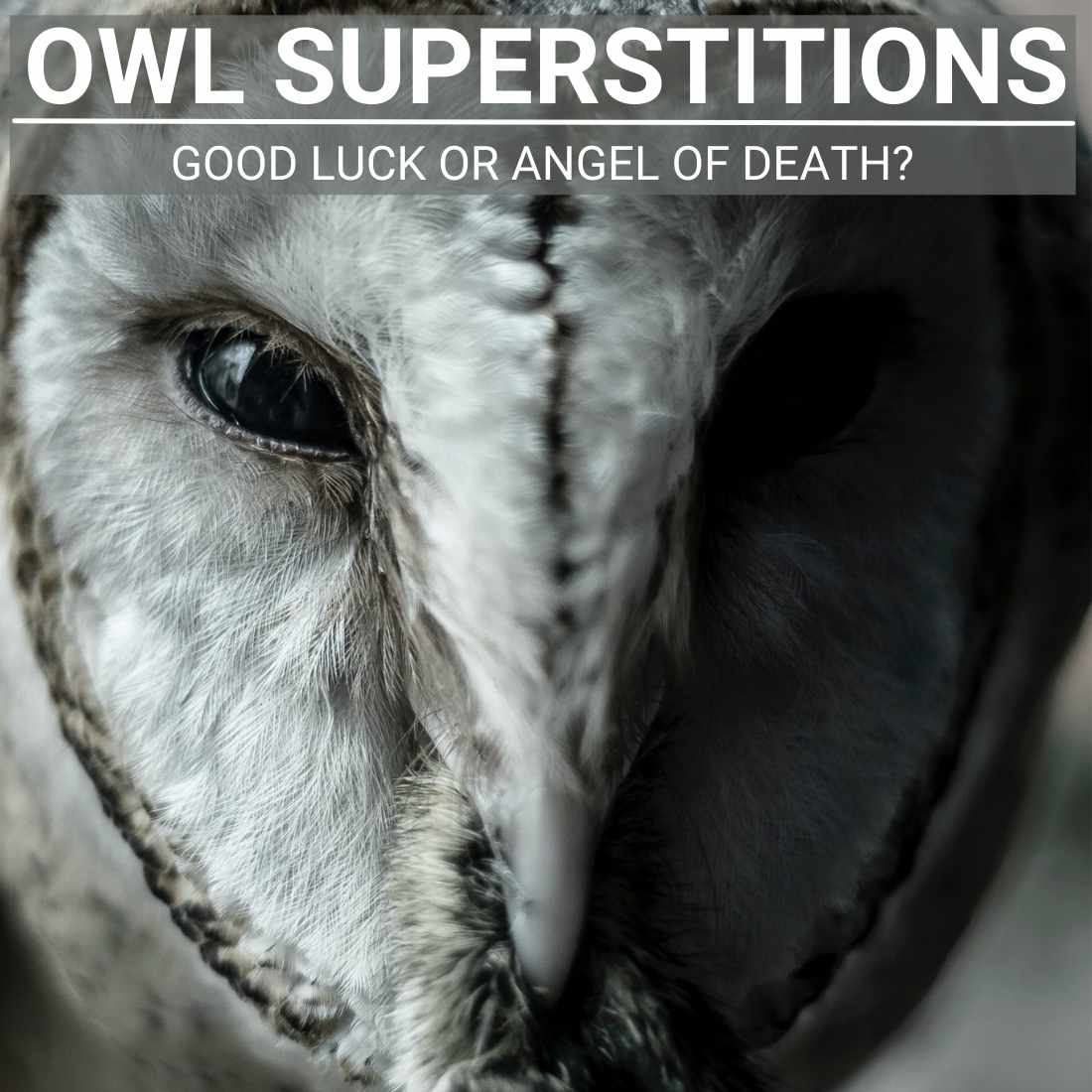 Silent But Deadly: Owl Superstitions That Will Turn Your Head Around

Famous for their nocturnal nature, owls are no doubt one of the most interesting and mysterious living creatures. A regal symbol of silence, wisdom, and intelligence, countless cultures believe that these extremely brilliant birds are harbingers of misfortune, death, and most things troublesome. While there is a handful that sees them as agents of transformation, good judgment, and endurance, history has regarded these fascinating animals with a long list of beliefs that have surrounded owls with a somewhat dark and mystical charm.

Defined by Merriam-Webster as “a belief or way of behaving that is based on fear of the unknown and faith in magic or luck,” let us take a wide-eyed look at some of the most head-spinning owl superstitions.

“An owl is the wisest of all birds because the more it sees, the less it talks.”

Superstitions are often based on tradition and folklore. Many superstitions have been around for centuries, passed down from one generation to the next. It can be difficult to know where some superstitions come from or what purpose they serve, but that doesn’t stop people from believing in them. Superstitions offer a bit of comfort in an uncertain world, and they allow people to tap into their belief system in order to bring themselves good luck or ward off bad luck. Whether you believe in them or not is up to you, but it’s hard not to at least appreciate the charm of these old-fashioned beliefs. See also our post about the owl meaning and symbolism.

Keeping an eye out

Cautious and elusive owls are frequently spoken about with fear and wonder which easily connect them to stories of magic, witchcraft, and the supernatural. A popular image of wisdom, transformation, mystery, and knowledge, they are widely accepted as an indication of death which ultimately brings about a fresh start as well as a higher perspective. Known for their ability to see clearly in the dark, owls are considered the eagles of the night. Often spotted silently perched on the roof of houses or barns, they are believed to be able to catch sight of ghosts in which that place would be deemed as haunted.

Perceived by many as a spy, nailing an owl to a door was seen as a way to protect property from evil spirits. In several countries, many folks believed that cooking and eating an owl’s egg and its eyes to ash and mixing them with a particular potion could help improve vision. They believed that not only will it enable us to see in the dark, but it can also enhance our awareness, understanding, and perception.

Featuring a neck that can rotate 135 degrees on each side, the owl’s awesome ability to twist and twirl its neck extensively gave rise to the belief that if you are courageous enough to walk around a tree that an owl was perched on, it would follow you with its eyes and impart with you its extraordinary gift of alertness and knowledge. While there are numerous notions involving the parts of an owl, it has long been accepted that consuming owl broth or meat will not only alleviate seizures and several joint ailments but can also greatly enhance an individual’s sexual appetite. While some would say that simply having an owl’s feather or talon in possession provides the same effect, this amazing creature’s tuft can be used for protection and to ward off evil.

Throughout history, the owl has been respected as a spirit animal that provides wisdom, deep consciousness, and insightful knowledge. Having them as your guide, you are most likely to gain the ability to observe and grasp concepts that others may find difficult. While the owl enables you to see false impressions of reality as well as deceit, their direct connection with death and bad omens has stirred a myriad of civilizations to consider these knowledgeable birds as unclean and undesirable. Linked greatly with witchcraft, the Greeks and the Romans held the belief that witches could turn themselves into owls to fly off and perch themselves on the roof of their targeted house.

An angel of death owl superstition

Silent yet predatory, many cultures believe that the owl is sacred. A group of North American Indians thought that owls carried with them the souls of people and therefore should be respected and never harmed. Connecting owls with women, they were believed to be the embodiment of a woman’s spirit and even perceived that a woman can turn into an owl. While some saw them as a manifestation of resentful women, there were a few who associated them with a protective spirit that would fly into our lives to lend us their innate courage and ferocity. By offering their guidance, wisdom, and gift of intuition, these wonderful birds warn us of approaching danger and help us overcome them by providing strength and positive change. However, their affinity with the dark has led many to view them as the god of the dead and protectors of the underworld.

While several African countries conclude that the owl is a messenger for shamans which they use to communicate with the spirit world, the Apache people noted that seeing an owl in a dream represents an unforeseeable tragedy or death. As another legend suggests that an owl feather can be placed in a child’s bed to keep evil spirits away, the owl’s hoot and call symbolized that loss of life was at hand in which many cultures are moved to fear, avoid, or do away with them.

Owls have long been associated with wisdom, and many cultures have their own owl superstitions. Some people believe that owls can foretell the future, while others think that they bring good luck.

One that is often shared. It is said that if an owl hoots or flies near your home, it is a sign of good luck. Some people even go as far as to say that you should take any owl sighting as a good omen and be grateful for the lucky charm. Owls have been considered wise animals for centuries and are often thought to bring knowledge and understanding to those who see them. In many cultures, owls are also seen as symbols of death and transformation. This mix of meanings has led some people to believe that owls can either bless or curse a person, depending on their intent. Despite this somewhat ominous reputation, most people still consider owls to be lucky creatures overall. So next time you see an owl, be sure to give it a good luck wish!

Considered to bring both good and bad luck, owls are decorated with a host of legends, myths, and folklore. As they thrive better in the dark, they are often thought to be creatures of mystery, high secrecy, and the unfamiliar which has led people to associate them with countless superstitious tales and fables that describe them as messengers of hardships and misfortune. While there are many more stories and beliefs related to these incredible spirit animals, this list of superstitions may be enough to keep you up at night.