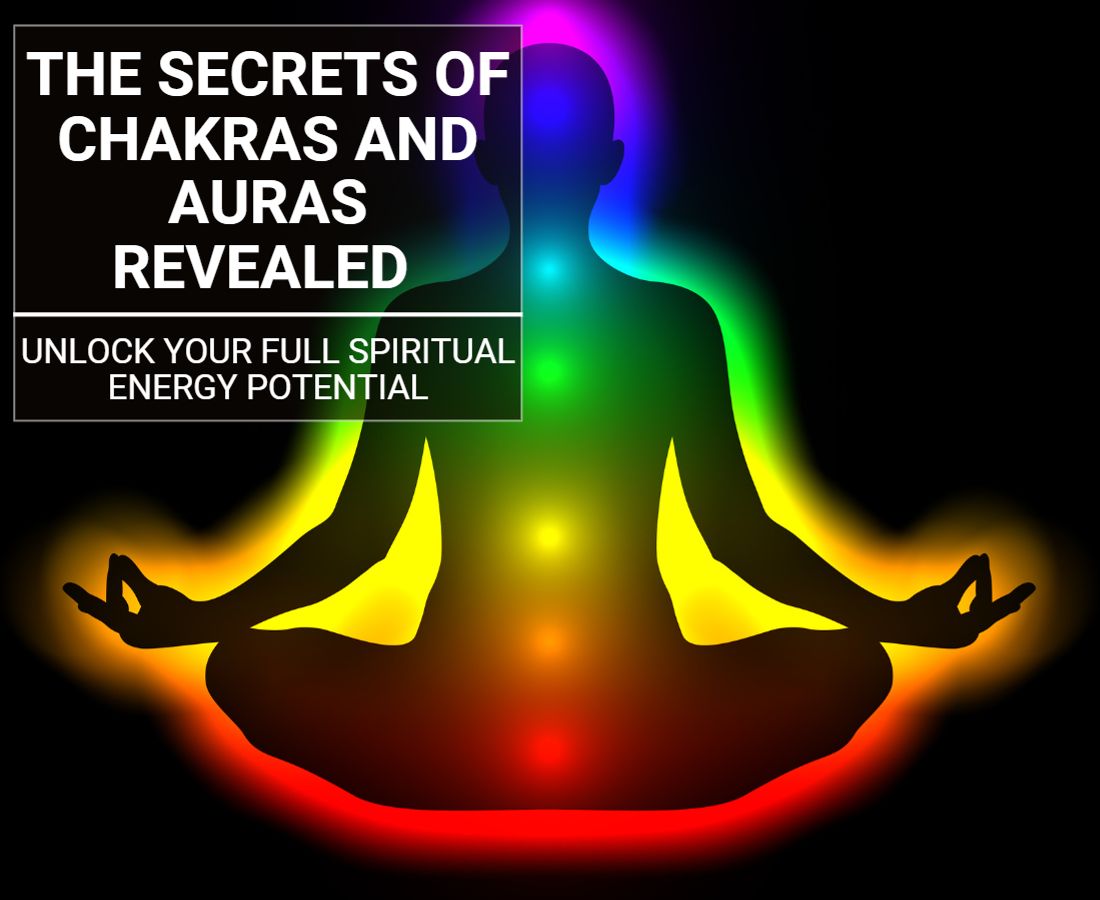 A person who reads auras can see a colored light surrounding everyone they meet. An aura can be a single color at times, or it can be a rainbow of colors at other times.

From Hinduism to Buddhism and Native American cultures, the concept of an aura is prevalent in numerous belief systems. An aura can be described as a field of radiant luminescence that surrounds living creatures – or even some objects – like a multicolored halo around their body/head. Otherwise known as an electromagnetic field.

Some believe they are able to view auric energy fields which display signs of one’s thoughts, emotions, and well-being; though there has yet been no scientific proof supporting this notion existing beyond interpretations based on personal beliefs.

Psychics or people with extra-sensory abilities are born able to see people’s energies. They perceive people on a more spiritual level, much differently than the physical form most people see.

Because of this, they are able to read an aura, which is someone’s energy signature, and gain information about that person. Reading an aura is simply reviewing the energy surrounding a person, identifying the colors found in the aura, and then reflecting on what each color represents.

This article will examine specific colors found in auras and how they relate to the chakras.

“Auras are like a signature, each as individual as the person they surround.”

The chakra and aura connection

The seven chakras are difficult to keep in perfect harmony throughout the day, and most people have dominant and non-dominant chakras. The chakras represent the energy points in the body, whereas the aura represents this energy expressed outwardly.

Depending on which chakras are most energized within the body, this helps create the color scheme known as someone’s aura. If you have a strong crown chakra, which is associated with the color purple, you may find a glimpse of purple in someone’s aura.

An aura is a culmination of all of the energy fields surrounding the body. Everyone produces fields of energy, and these are created from your thoughts, emotions, intentions, beliefs, health, and spirituality.

An aura may appear to have multiple colors because people are surrounded by multiple layers of energy, and these energies will appear differently depending on the chakra they stem from.

Did you know that each chakra is associated with a specific color? Colors hold their own unique spiritual properties. A specific color contains properties that are aligned with one of the seven chakras and can be used to help heal and balance the energies inside of you.

As they say, as within, so without. The same is true for your chakras and the aura. Any energy that exists inside of your being will also be reflected outwardly in your aura.

Any chakras that are powerfully energized within you will have a direct effect on the colors of your aura. If you can’t read auras, you can use your other senses to tap into what colors may exist in someone’s auric field.

When you meet someone, how do they make you feel? What’s the initial energy that they exude?

Paying attention to how you feel about an individual can help you determine which chakras are most active in them and then decide what colors are most likely in their aura.

The concept of auras and their colors

Our auras are said to be more than just colorful clouds hovering around us. Some believe that the various hues we emit serve as telltale reflections of our thoughts, emotions, and physical state; with each tone providing insight into who we really are.

For instance, those with calming blue auric fields may appear tranquil while an individual radiating bright red could be bursting full of passion and vigor! It’s also claimed these rainbow-like glows can fluctuate in color depending on what phase you’re going through in life – leaving your aura ever transitioning according to changes made within yourself.

Red Auras and the root

Someone with a predominantly red aura may have an active root . The root , located at the base of the spine, is associated with feelings of security, grounding, and stability.

A person with a red aura is passionate, assertive, and driven. They have a strong connection to their physical body as well as earthly needs like food and shelter.

A red aura indicates that the person has an open lower chakra, which allows them to tap into their basic survival instincts, making them more aware of potential danger or opportunity.

Orange auras and the sacral

An orange aura indicates that the sacral  is active. This chakra is linked to pleasure, creativity, sexuality, and a love of life.

This chakra’s associated area is located just below the pelvic region, and when it is open and balanced, it allows one to freely express feelings and fully enjoy life’s pleasures. People with strong orange auras are usually creative people who are passionate about what they do; they often have a strong appreciation for art, music, and other forms of creative expression.

They are also more likely than others to take risks because they believe in themselves enough to pursue their dreams without fear of failure or criticism from others.

Yellow auras and the solar plexus

When someone has an active solar plexus chakra, yellow appears in their aura. This chakra is associated with self-assurance and willpower, and people with yellow in their auras tend to be assertive.

They frequently take the initiative in making decisions, relying on logic to make sound decisions. Those with a vibrant yellow aura also demonstrate leadership abilities and remain confident when faced with difficult decisions; they also use intuition to help guide them on their path to success.

Green auras and the heart

Green is one color that may appear in your aura. This color is typically associated with personal growth and new beginnings.

A green aura is commonly associated with a strong heart  because it is associated with feelings of love, compassion, empathy for others, forgiveness, and healing. When dealing with difficult situations or people, people with strong green energy tend to be emotionally balanced and have an open mind.

They can also feel joy more deeply than most because they have discovered their true purpose in life.

Blue auras and the throat

Those who have the color blue in their aura have a particularly active throat . The throat  governs our ability to express ourselves, communicate, and be creative.

Someone with a lot of blue in their aura may have excellent communication skills and be able to express themselves creatively through art or music. They may also be excellent listeners because they recognize how important it is for others to be heard as well.

When this chakra is open and balanced, you can speak your truth without fear of being judged.

Indigo auras and the third eye

Indigo auras are associated with an open third-eye , which is associated with insight, intuition, and wisdom. It is thought that those with this type of aura have enhanced spiritual awareness and can see beyond physical reality.

This level of awareness can assist those with an indigo aura in recognizing patterns in events and making intuitive leaps in thought that others may not notice. They may also become acutely aware of their own emotions as well as the emotions of those around them.

When this chakra is fully opened, it promotes mental clarity and allows for more open communication between oneself and others.

Purple auras and the crown

People with open crown chakras have distinct auras that stand out from the crowd. Purple in their aura is a common feature among these people, indicating that they have attained a higher level of spiritual power.

The crown  is associated with connecting to divine awareness and universal consciousness. It is located at the top of the head. When it is opened and balanced, its colors become much brighter and frequently include purple shades.

Those who have an open crown  may feel joy, clarity, and peace as they connect with their higher self on a deeper level. Aside from spiritual development, signs of purple in one’s aura can also indicate creativity or wisdom.

Meditation to align aura and chakras

Aura and chakras are often studied and worked within the context of spiritual or energy-healing practices, such as meditation. Here are some ways you can work with aura and chakras through meditation:

Remember that meditation is a personal practice and there is no one “right” way to do it. Experiment with different techniques and find what works best for you.

Check out this video for more information on chakras and auras!

What are the seven layers of auras?

What is Kirlian photography?

Kirlian photography is a unique and eye-opening method of capturing the unseen energy field that surrounds all living things. By supplying an electric source to photographic media, this technique creates stunning images showing vibrant colors around whatever subject it’s used on – be it a person or an object. Many theorize that Kirlian pictures can not only reveal beautiful patterns but also detect physical and emotional imbalances in humans!

What happens at an aura reading?

An aura reading is an ancient practice of using one’s senses or specialized tools to view the luminous energy field around a person. It is believed by some that this powerful force reflects the individual’s thoughts, feelings, and physical state at any given moment in time. The reader typically uses techniques such as visualization, sensing with hands, or crystals/Kirlian photography; interpreting colors and patterns along the way to offer valuable guidance based on their understanding.