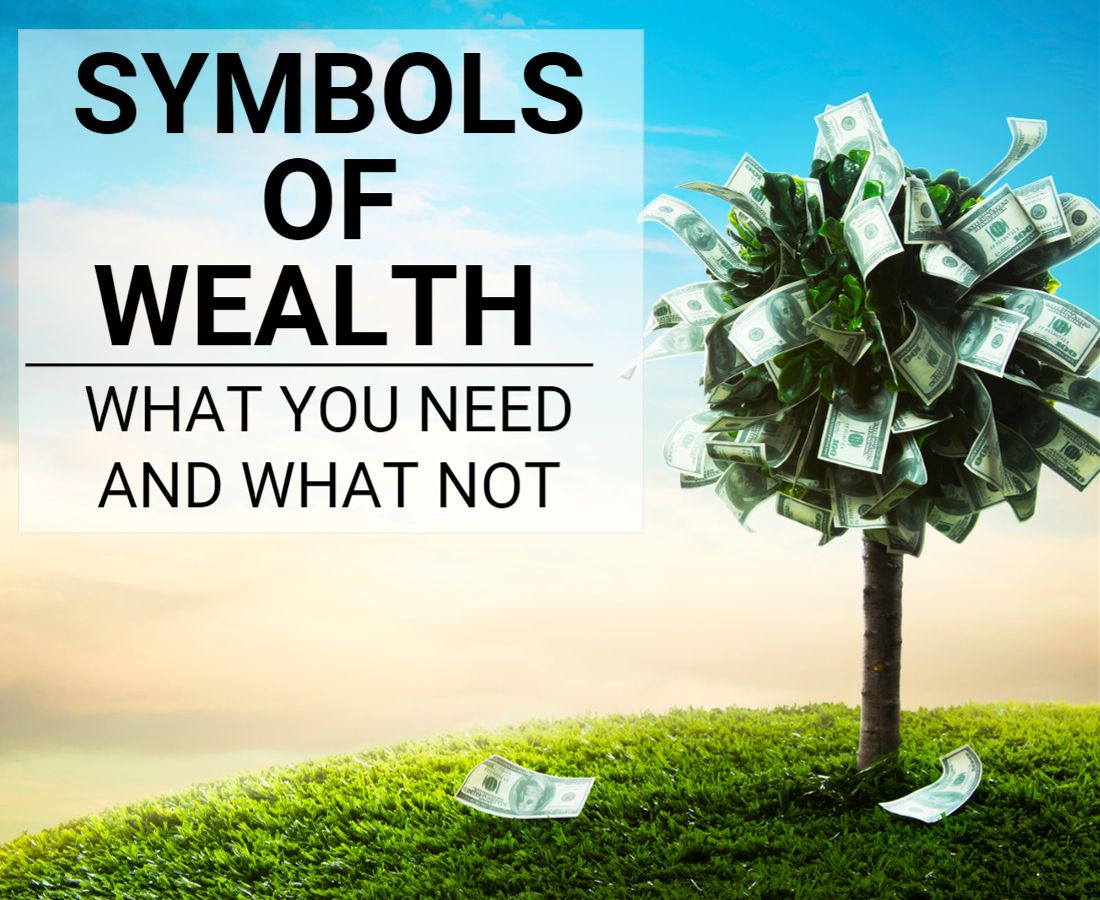 Symbols of Wealth: And Why Added Support (Or Two) Won’t Hurt

For thousands of years, we have shown our tendency to turn to symbolism for inspiration, spirituality, and luck. While at some point you may have heard or said that it is unnecessary and insignificant, there may come a time when people will give regard to an abundance of resources with the utmost importance.

Whether displayed in your home or you plan to carry them around, these symbols of wealth are a great way to boost a positive mindset and to bring a sense of good fortune and abundance into your life.

Widely celebrated in India during the Diwali festival of lights, Lakshmi is known to provide her faithful with prosperity, wealth, and good fortune. Called upon in Hindu households daily, this highly-revered goddess is known to have the ability to bestow upon both material and spiritual wealth.

Believed to forsake those who are arrogant, immoral, and greedy, her outstretched hands remind us of the importance of giving back, and that wealth is not always about having loads of cash.

“He who restraints his desires is always rich.”

Known as an all-powerful mythical beast in legends worldwide, many have recognized dragons as a potent symbol of energy and good fortune. While several traditions portray them as fearsome and destructive creatures, ancient Chinese culture sees them as harbingers of wealth, prosperity, high achievements, and success.

While people believed that they brought about physical and spiritual strength, these legendary figures are known to offer valiance, positive energy, and excellence.

Many believe the root is responsible for our basic survival. The root awakens our feelings of safety, security, and basic needs for good health, belongingness, and wealth.

Located at the base of the spine and stretching down through the legs and feet, taking steps to ensure that your money is active can help improve your financial situation, depending on your monetary difficulties.

Tuning to this enables us to develop a sense of self-discipline, which ultimately helps us cope with our financial needs. See also spirual wealth below and read more about the chakras.

Commonly expressed at the beginning and end of Hindu rituals, prayers, and meditation, the Om symbol represents our connection with the Divine and is known to help attain spiritual enlightenment.

Heard in temples, Hindu households, and yoga studios, it is perceived to be a symbol that brings wealth, charm, and good fortune to any home. Regarded as the universe’s first sound that symbolizes our higher state of consciousness, the om strengthens the connection between our mind, body, and spirit.

From the distinct way they write the language to feng shui and their connection with nature, ancient Chinese traditions are dominated by symbols. An image that represents Lu, the God of Prosperity, the Lu Luck signifies the arrival of wealth, fortune, and abundance.

Commonly depicted with a short sword in its hand, Lu is believed to be a deity powerful enough to help bring success to a person’s career. This highly-respected symbol of wealth is connected to rank, status, and power.

“A rich man is nothing but a poor man with money.”

Initially cultivated in Taiwan in the 1980s, the Money Plant consists of multiple plants that braid together as they grow to form an unusual yet attractive bonsai-like plant. While it cannot bear real money, various cultures trust it to bring wealth and abundance to those who care for it.

Believed to bring forth wealth and abundance, many people spend their lives looking for a four-leaf clover. Utilized by Druid priests in liturgical worship, medicinal rituals, and also to drive away evil spirits, legend tells us that Ireland’s patron saint, St. Patrick, once used it to rid the country of snakes.

As common superstitions hold that each of the four clovers represents faith, love, hope, and good fortune, there is no question why many of us wish to be rubbed with the luck of the Irish.

Widely recognized as a fruit that symbolizes life and new beginnings, several traditions give out oranges to couples as a prayer for good fortune and prosperity during weddings. Its color and exotic flavor once led many to associate them with the royals, making them a symbol of prosperity and great wealth. Also, since the Chinese word for “orange” sounds similar to “wealth,” it didn’t take long before it became a symbol of prosperity and happiness.

Often considered a sign of hope, peace, and promise, the rainbow remains one of the most exhilarating phenomena we often experience. Before it was interpreted as a powerful symbol of diversity, the rainbow has long reminded us of the beauty after the storm and how we are spiritually connected to the Divine. However, the legend which tells us that a pot of gold lies on a rainbow’s end easily made it a figure of good fortune and wealth.

From the seven continents and the seven wonders of the world to the colors of a rainbow, the number 7 has held considerable significance in the beliefs of many cultures.

Whether it is the Seven Lucky Gods of Japan who offered health and abundance to those worthy, or Snow White’s dwarves who made sure she was well fed, safe, and comfy, its many positive associations have made the image of this number a sign of wealth and good fortune.

While the dollar sign ($) has become an international symbol for currency, it is also a representation of wealth, prosperity, and abundance. It is not surprising then that this simple yet distinct figure has been used in amulets, charms, and talismans to help bring forth financial luck.

Whether it is displayed on its own or with other symbols of wealth, the dollar sign is a reminder that money does make the world go round.

For the ancient Mayans, cigars were more than just a source of pleasure and relaxation. They believed that smoking cigars could help them commune with the gods and that the act of offering cigars to the gods would please them. The Maya also associated cigars with abundance, prosperity, and fertility, making them symbols of wealth and good fortune.

People who smoke fat cigars are often seen as wealthy, especially on social media. This is because in most cases cigars are quite expensive, and only people with a lot of money can afford to smoke them on a regular basis.

While there are many symbols of wealth that have been around for centuries, there are also some that are more modern and unique to our time. Here are some examples:

“You only become rich through the things you don’t desire.”

The Hindu god Ganesh is the god of good luck and is often depicted holding a pot of gold. He is also the god of wealth and prosperity, so he is often shown with symbols of wealth such as jewelry and coins.

A piggybank is a symbol of wealth, especially for children. It is a reminder that even small amounts of money can add up over time and become a significant amount of wealth.

Here are some examples:

“Many roads lead to wealth, and most of them are dirty.”

The self (human wealth)

Finally, the most important form of wealth is the self. If you have a positive outlook on life and believe in your own ability to achieve success, you are more likely to achieve your goals. believing in yourself is the first step to achieving anything you want in life.

Symbols of wealth, such as cars, houses, and jewelry, can be helpful reminders of what you are working towards. However, at the end of the day, it is up to you to create your own wealth by setting goals and working hard to achieve them. Only you can make yourself wealthy.

The self (spiritual wealth)

The source of spiritual richness is within. It is your permanent capacity for happiness, attentiveness, and spirituality. You can have real spiritual prosperity since it is under your control. Contrarily, material prosperity is prone to change.

These symbols remind you that you are in control of your own happiness and that you have the power to create your own wealth.