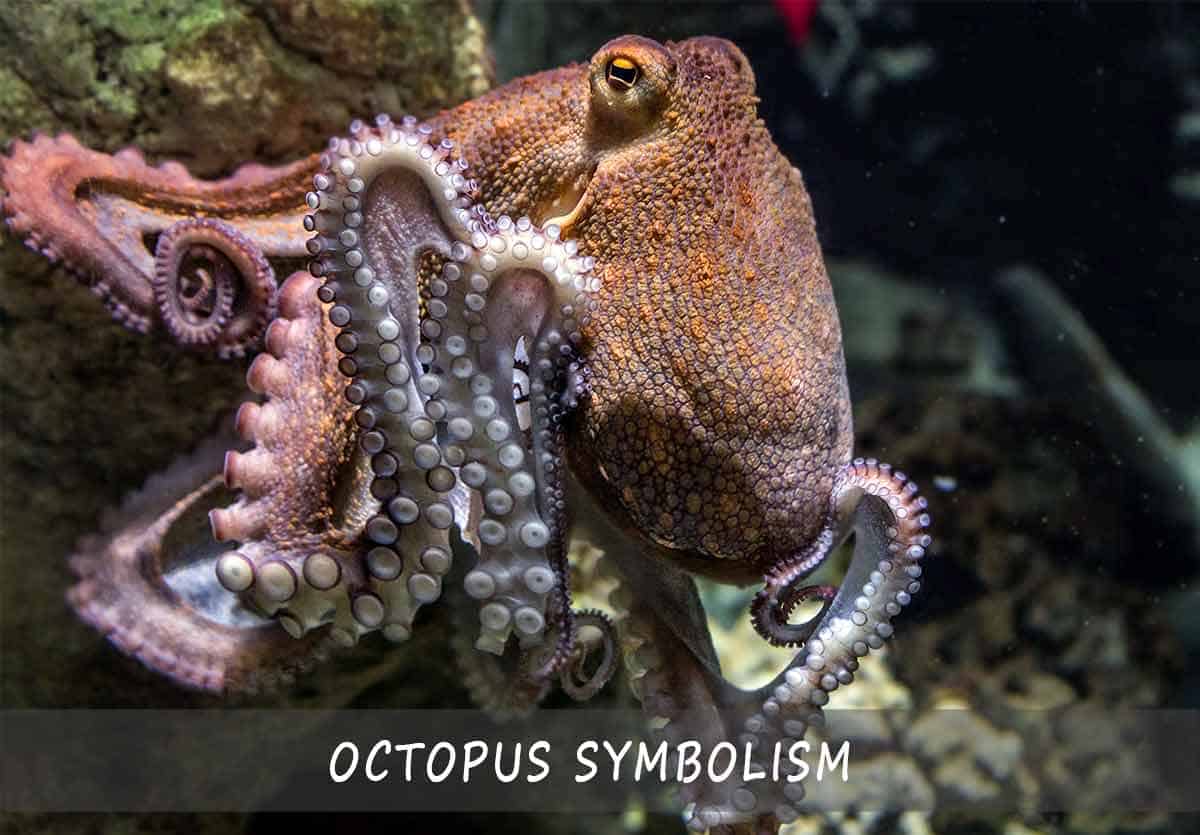 The octopus is an eight-legged animal that lives in water. The Octopus meaning is quite vast and if you are drawn towards it then you need to know what its symbolism stands for. Even its habitat speaks volumes of wonder and mystery. This animal is known to move within a realm skillfully and is always found to be in constant motion. It wafts, shifts and changes depending upon the moon’s pull. Its environmental aura also enhances its depth of mystery. Primarily, the octopus can be termed to be a bottom dweller, although it is mostly mobile.

The Symbolic Octopus Meaning can be seen as:

In symbolic terms, it is said to exist within the psyche watery world. If you make this animal your totem, then you are likely to recognize easily this analogy. You are intuitive and spiritually gifted. At the same time being physical beings, you need to have a strong foundational grounding and temper your psychic gifts.

The Water Symbolism is:

You can get to know the symbolism simply by observing this animal physically. The octopus’ physicality, ranging from regeneration ability to eyesight, it shows symbolic interpretations.

These are invertebrates, not having a developed structured spinal column. It is symbolic of flexibility, grace, and agility. She can even escape the tightest of places as well as ambulate when embodied in water. You also need to observe its movements, which is quite hypnotic. Being a totem animal, it reminds you to relax and loosen up. She also shows that you need to move steadily towards your set goals but in an orthodox manner. You are likely to derive similar results.

This animal also has developed the ability to detach any of its limbs to distract its predators. You need to understand the same from the totem perspective. This means that you need to cut loose of unwanted baggage present to achieve your goals and desires. The question asked here is, what are the things in your life that you need to leave behind? This will specify how you wish to move forwards to achieving the highest good! Such parts often, tend to serve as distractions, like unhealthy relationships, TV, addictions, etc.

The added symbolic diversity elements enter the stage as you get o know that this animal can regenerate its limbs.

This particular ability of the octopus to regenerate is a constant reminder of not losing your essence. Moreover, the parts that you give up like addictions are never eliminated permanently. The parts which are set aside do shape your personality as you move on in life. This is regarded to be a lesson in forgiveness, acceptance, diversity including embracing different facets of life.

With Octopus being your totem animal, you are likely to know how to achieve your desired objectives efficiently and intelligently. You are also a productive worker, accomplishing greater objectives when compared to the average individual at the same time. You also know the ways by which you can derive what you desire. At the same time, you can also camouflage effectively your desires until the last moment. You are also quite agile and flexible in your approach, gifted with quick thinking and abstract reasoning skills. You also do not get upset easily at things, while being able to adjust and adapt as and when required. Thus, you can lead a happy, satisfying life. But housekeeping might not be your desired objective. You can be self-sacrificial while taking care of your children and clingy in relationships.

This totem animal is considered to be extremely intelligent. It is known to have the ability to recall information, strategize and reason. It also is a reminder to use your logic sense to your advantage. You can also become highly intelligent and a master instead of a slave. You need to act the way the octopus does by using your reasoning skills.

Camouflage is another tool that is worth mentioning. This animal is stated to be a master of disguises. This emphasizes the animal symbolism of esoteric knowledge, secretiveness and mystery.

The octopus is also said to emit thick, black color ink onto its predators to escape itself. The dark clouds left behind by this animal make its attackers completely confused and lost. This signifies that nothing seems to be as it appears to be. There is plenty of shimmery brilliance and subtle wonder behind your physicality. You need to observe this totem animal for its mystery behavior and peak into your veil of reality.

Peeking is also about opening up consciousness. Its spiraling limbs according to myth are considered to be a representation of the ongoing universe creative process and expanding consciousness.

The octopus can offer you with vision, experience and knowledge. You will on the learning path, having a thirst to acquire more knowledge. This is because its symbolism depicts ‘expansion’.

You can also connect with this totem animal through meditation, conscious thought and invocation. It also includes other paths following which you can grow in leaps and bounds.

The octopus animal tattoo has become a popular design used by people across the globe. The reason is that there are endless beautiful possibilities to avail of. There are interesting and diverse attributes that allow you to connect with certain meanings. Known as a secretive sea creature, its varied qualities also allures people to use such tattoos.

Since this animal is shrouded with mystery, there is a diverse interpretation that comes with every tattoo design. This animal is also stated to be a master in deception. It can manage itself to escape attacks from its predators unscathed. It can also destroy predators which are triple its size.

Such attributes are termed to be qualities that many prefer and hence, engrave this tattoo onto their body. This totem animal is also found in varying colors, shapes and sizes. So, you can choose a unique tattoo of your choice. However, each one comes with its meaning. They may symbolize variability, insight, mystery, intelligence, illusion, enhanced vision, complexion and diversity. Such qualities do appeal to people of all ages.

You may ink a large octopus that wraps its tentacles around your arms, waist and shoulders. For some, it may mean power and others with mystery. The animal’s eye also symbolizes vision in the future/past, while being associated with higher intelligence. The outstretched long tentacles might be releasing/holding onto something.

The octopus can regenerate its limbs. This can be adapted in the tattoo very clearly, with one or a couple of arms missing. Such tattoos represent your ability to refrain from addiction or a person. Such artwork motivates you to move towards the path to growth and healing. The tattoo also allows you to reflect on your psyche while expressing your inner desires.

If you dream of an octopus, then it is considered to be a symbol showing your multitasking ability. The vision shows that you are capable enough to juggle several things at a time. It also signifies that you need to prioritize things to make sure that you do not end up sacrificing yourself. The dream may also interpret that you are becoming entangled emotionally in some kind of drama. You need to disengage yourself immediately.

If you feel that you are an octopus in a dream, then it shows your eagerness to control others. You can explore the choices of being in a co-dependent relationship. The goal here is to grow as well as regenerate through your experiences.

This animal is regarded to be an important subject being part of urban legends and mythical tales. They rather appear as other-worldly with magical abilities. Residing in the ocean, they do create some sense of mystery, thus resulting in fantastical stories.

Many cultures ranging from the Pacific Northwest to South America to the Polynesian Islands consider octopuses as spiritual guides and divine protectors. According to a few traditional beliefs, this animal is said to have healing powers and can also control the weather. Kraken is one of its most popular mythical representations. It is a giant cephalopod-like, the legendary sea monster that is told even today in the Scandinavian folklore. The octopus ancient god, ‘Na Kika’ of Gilbert Islands is considered to have created the Pacific Islands. The God Kanaloa, in Hawaiian culture, is known to take an octopus shape. Some ancient myths specify that the present universe is just the remnants of another ancient one. The octopus is regarded as the only survivor of that ancient universe.

This totem animal is stated to be marvelous, misunderstood, mischievous and mythical. They seem to have inspired storytelling while managing to captivate human imaginations. Hence, they are increasing in popularity and are a totem for many people.