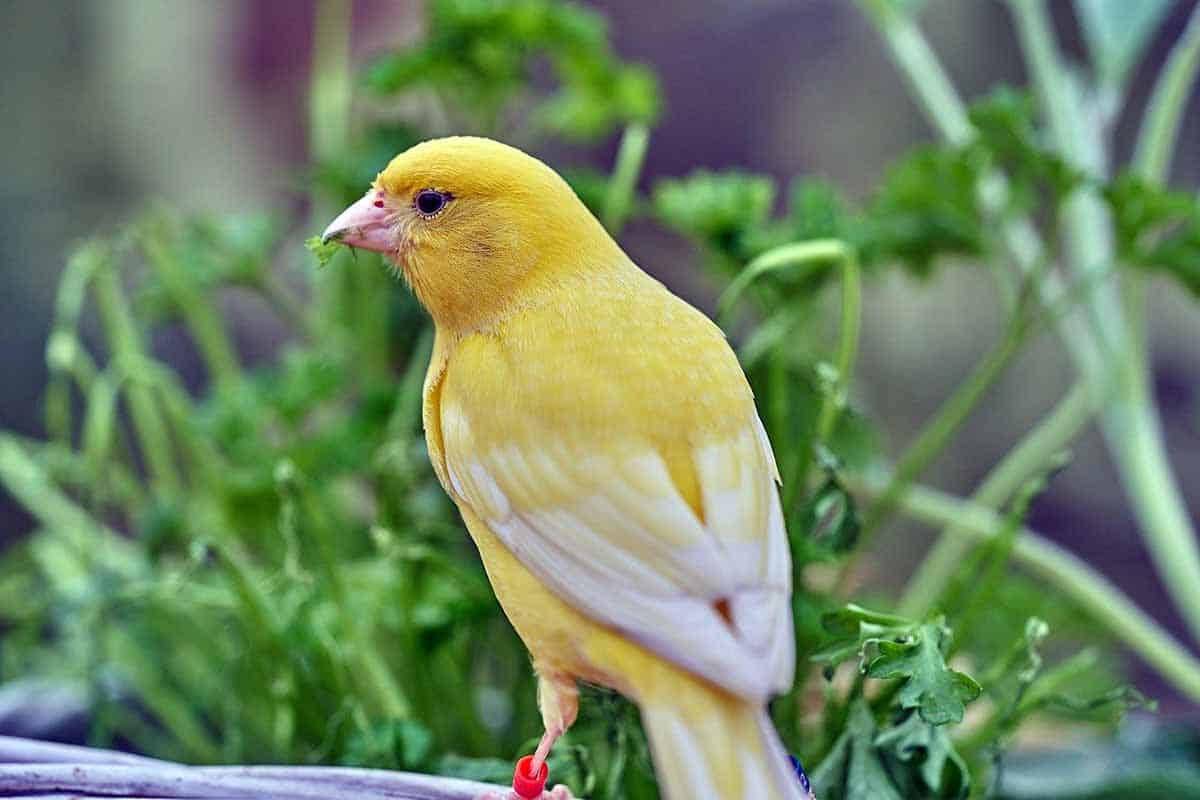 What This Talkative, Tweety Bird Really Wants To Say

Best known for their singing ability, canaries are cheerful and pleasant birds that spread joy, happiness, and comfort. While a flying canary could be an indication of freedom for most of us, it could also be a sign of the spread of unwanted information or gossip. Territorial and best housed in solitary, these birds of often vibrant yellow color symbolize selflessness and sexual ecstasy and were once used in coal mines to warn workers of noxious fumes. Bearing a color that is symbolic of the sun and new life, and as Looney Tune’s inspiration for Tweety Bird, let’s sweep into the fascinating canary symbolism.

The domestic canary bird is also the “classic” yellow bird, see here for a list of yellow birds.

“A caged Canary bird is safe but not free”

The canary symbolizes the “can do” attitude, and it has been used in various forms of media for many years. While the origins are unclear, the most common theory is that sailors would take a canary on long journeys with them to detect any gas leaks or other dangers before they become fatal. This idea was also popularized by French poet Paul Verlaine who wrote about taking a canary on his journey through Europe and Asia Minor in 1885.

Also, the canary symbolizes the miners’ last line of defense against toxic gases. As such, it is a metaphor for a person who warns others about dangers in their environment. The bird was used by coal miners to detect poisonous gases like carbon monoxide and methane. If the gas levels increased, the canary would die before becoming sick or passing out. This would protect other members of the mining team from exposure and death as well as warn them that they needed to exit immediately because there was an unsafe level of gas in their environment.

A lighthearted creature that voraciously feasts on seeds, this songbird most likely plays a major role in distributing seeds around its habitat. Boasting of several calls or songs which the male probably leverage on to land a mate, getting a visit from this little bird, particularly in times of crises, is a reminder that your challenges will soon pass. Known to represent hope, playfulness, and positivity, these birds of such powerful hearing abilities would often fly into your presence to remind you of how important it is to live a well-balanced life. They come as a cheery indication of your need to find time to enjoy the things that make you happy and to efficiently accomplish those that you simply need to do.

Regarded as a symbol of light, canaries serve as our inspiration to brighten the path for those who find it difficult to make their way through life. These awesome birds that thrive in spacious areas usually fly in to urge us to release ourselves from the pain and worries of the past and start working on a future we deserve and desire. Boasting of their unique ability to carry tunes and mimic sounds, these intelligent, chatty birds encourage us to make use of the power of our voices for it could be an agent of change to our own and other’s lives.

Much like most birds that belong to the family of finches, canaries are some of the most joyful birds you will ever encounter. With faces that make it seem like they are always smiling, those who have the canary as their animal totem are typically fun, lively, and optimistic, and have the ability to lift other people’s moods. Possessing an amazing ability to affect things with their voices, these free-spirited (we have written about free-spirited symbols as well) individuals can talk clearly, dynamically, and with a persuasion that easily catches everyone’s attention, urging them to listen and take heed.

Coming across as a breath of fresh air, the personality of this animal totem provides an air of natural joy and love for life. Canaries always find positivity and goodness in all things, sharing an uplifting feeling that is infectious. They remind us that although tough and troublesome times can never be avoided, there is always hope and that a new promising day is always on the horizon.

As a spirit animal, these domesticated birds signify compassion and their nature of lending a hand to those in need. Revered for their habit of making sacrifices for others, having these remarkable birds as your spirit guide encourages us to give our relationships with our families and friends the utmost importance. While they swoop in bearing a variety of messages, the canary, being attracted to those who are depressed and heartbroken, brings a feeling of safety and hope that better days are coming. Their presence reminds us that although mistakes and failures are inevitable, it is still possible for us to open our wings and not allow sadness to bind us for long.

“Like the canary in the coal mine, the climate changes already evident in the Arctic are a call to action.”

The Canary Symbolism in Different Cultures

The Native Americans see the Canary as a symbol for the morning sun. They believe that when they look at the Canary, it will give them courage and strength to face their challenges in life.

The ancient Greek and Romans believed that the canary bird was able to see ghosts, and if the birds started screeching or fluttering around frantically then they would know that one of their ancestors were near.

The Greeks also believed that it could predict a death in the family when its song changed from joyous to sad.

The Romans took this idea even further by using them as a warning system for fires at night; if you caught sight of an orange-yellow hue on your roof then it meant there was danger lurking nearby…or right above your head!

For the Chinese the Canary bird means luck and happiness. Legend has it that a long time ago, when the first Chinese Emperor ruled China, his canary bird brought good luck to him every day. One day there was a terrible storm coming towards them which threatened their land with destruction; all of sudden the rain stopped and they found themselves in an area full of flowers instead.

It is said that only happy people are able to hear the song from this bird while unhappy ones will not be able to do so because they’re too sad or troubled by the problems at hand. The story also tells us about how lucky you’ll be if your life happens to have many Canary birds around you – friends who cheer you up no matter what’s going on in your world without asking for anything in return.

For the Celtic people, the canary was a symbol of loyalty and courage. It is believed that during battles, the Celtic warriors would carry their loved ones or children close to them in order to fight more fiercely. If they were killed in battle, it meant that these people died with honor because they did not flee from danger but instead faced it head-on. For this reason, the canary became a strong emblem for bravery and protection as well as an enduring love between two people who will risk anything for one another.

Adored for their beauty, sweet singing, and vibrant colors, the depiction of canaries in literature signifies comfort, wonder, and ecstasy. While some of the interpretations such as a flying canary being a sign of freedom and one that is caged as a symbol of entrapment may be quite obvious, its representation as a person’s intellectual development is what tickles both the conceptual and philosophical tastes of the audience.

The Canary In Dreams

When you dream about the Canary, it may be a sign that you need to get out of your comfort zone.

In some cases, the Canary symbolizes new beginnings and progress in life. It can also mean trying and start enjoying life as it is a bit more and not get so wrapped up in the past.

When a canary bird is singing in your dreams it means that you need to reflect on your inner self.

This can also be a sign that you are struggling with letting go of something or someone in your life and need to let them go as they no longer serve a purpose for you.

If the Canary is out of its cage, it may mean that there’s some sort of freedom waiting for you and all it takes is taking initiative. And if an evil force kills the Canary, this may signify that somebody has done something wrong; this could symbolize guilt, shame, regret for past mistakes, or anger at yourself over these things.

Brightly colored and always with a sunny disposition, the canary’s image correlates with joy, an abundance of blessings, and pleasure. Although these birds can sing with such sweetness and delight, listening in closely might reveal to us if they actually say, “I thought I saw a pussy cat.”