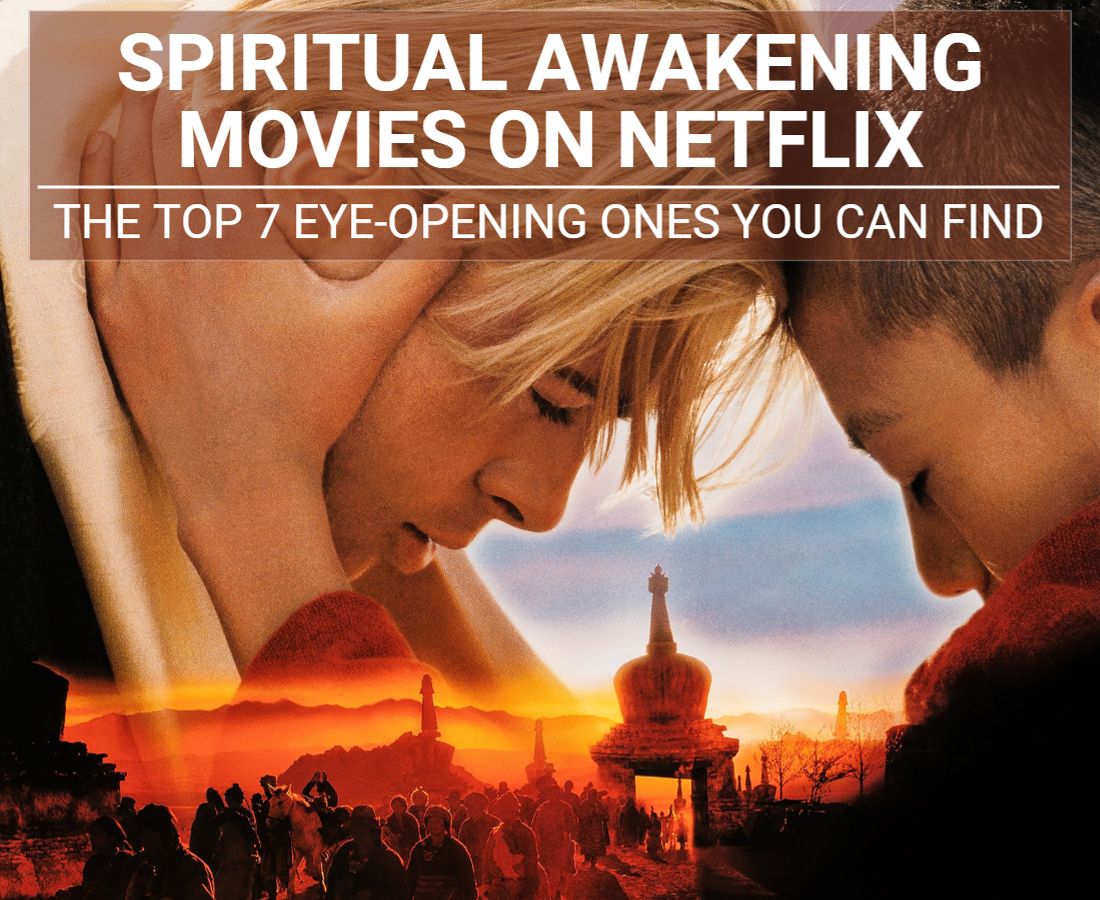 What is a spiritual awakening? Many consider this awakening as “remembering” the truth of reality and the universe. The idea of this phenomenon has become popularized in modern media and is most commonly found throughout various movies and television shows.

If you’re looking for a spiritual awakening film, Netflix has a list of movies that may just do the trick. From documentaries to fiction films, there’s something for everyone on this list.

Ram Dass, an American spiritual leader, teacher, and author died at the age of 88. He was best known for his book “Be Here Now,” which helped to popularize Eastern spirituality and yoga in the West in the 1970s.

He also wrote 1971 classic ‘The Only Dance There Is’ and, more recently, ‘Still Here: Embracing Aging, Changing, and Dying.’ In his later years, Ram Dass became increasingly interested in service work and helping others.

His film “Going Home”, released in 2016, documented his journey as he returned to his native Hawaii to give back to his community. The film touches on his teachings while focusing on accessing your spiritual empowerment through living in the present moment.

Ram Dass will be remembered as a wise and compassionate man who touched the lives of many people around the world. He will be sorely missed.

Next on the list, this title is actually a series on Netflix rather than a movie. Each episode feels like its own film, which is why it made this list.

Midnight Gospel is an animated series that explores the spiritual side of life in a unique and thought-provoking way. The show follows the adventures of Clancy, an interdimensional traveler who uses his talk show as a platform to interview various beings from different worlds.

Through his conversations with these guests, Clancy gains insights into some of life’s biggest questions: What is the meaning of life? What happens after death? What is our purpose here on Earth?

Check out the trailer for Midnight Gospel here.

The Dreamseller follows the story of a man who begins having prophetic dreams and starts sharing them with others for a price. As word of his abilities spreads, he attracts a following of people who are looking for answers and guidance.

But not everyone is happy with how he’s using his gift; some believe he’s nothing more than a fraud. The Dream Seller is considered a spiritual awakening film, and it’s sure to get people talking about the role of religion in our lives.

When the Dalai Lama fled Tibet in the face of the Chinese invasion in 1959, he was just a young boy. But even then, he knew that his destiny was to lead his people.

He embarked on a journey that would take him into exile and eventually to the Nobel Peace Prize. Seven Years in Tibet is the story of a man that befriends the Dalai Lama, that journey, and of the spiritual awakening that occurred along the way.

The film documents the Dalai Lama’s struggle to preserve Tibetan culture and autonomy in the face of Chinese oppression. It also chronicles his personal transformation from a shy young monk into a confident world leader.

The Dalai Lama has said that his experiences in Tibet taught him compassion and tolerance and helped him spread those values to others. Seven Years in Tibet is an inspiring tale of hope and perseverance in the face of adversity.

The Shack movie touches on themes of religion, God, and spirituality. The film tells the story of a man named Mack who loses his daughter in a tragic accident.

A mysterious figure is invited to stay at a shack in the woods. While at the shack, Mack learns about love, forgiveness, and grace.

The Shack movie has resonated with many viewers because it speaks to some of the most profound questions we have about life, death, and God. The film is for sure one of the top spiritual awakening movies on Netflix and offers a powerful message of hope and healing that can help us to move forward after tragedy strikes.

If you are looking for a film that will make you contemplate your spirituality, then check out The Shack.

In the new film “The Young Messiah,” Christ is portrayed as a boy who begins to understand his true identity and purpose. The movie has been praised by some as an uplifting and spiritual experience, while others have criticized it for its depiction of Jesus.

Whether you see “The Young Messiah” as a religious experience, there’s no denying it will leave you questioning your faith and beliefs. For those looking for a more traditional portrayal of Jesus, this movie may not be for you.

But if you’re open to exploring the idea of Christ in a different light, “The Young Messiah” is definitely worth watching as being among the top spiritual awakening movies on Netflix.

Spiritual awakening movies on Netflix: A trip to infinity (2022)

The documentary-style film, “A Trip to Infinity,” takes a stab at explaining one of the most profound concepts of our reality: infinity. Physicists, cosmologists, and mathematicians gather together for a short film, where they try to explain their findings of what infinity truly means.

The documentary illustrates the universe in a mind-bending way that inspires you to question your own reality and what the meaning of life may truly be.