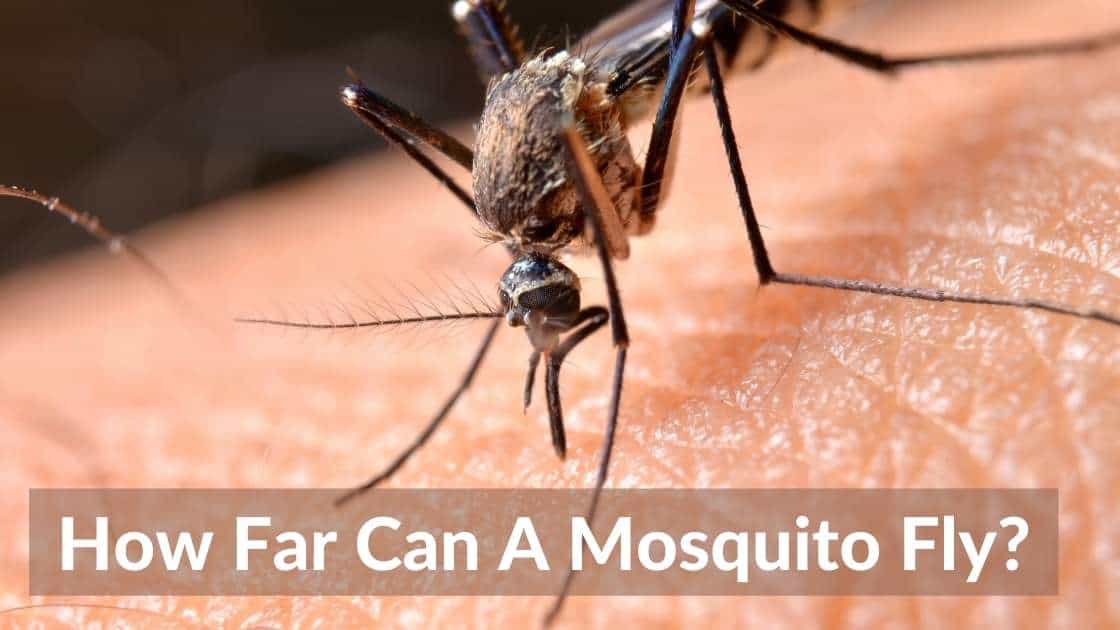 Mosquitoes are a nuisance for many of us and they can sometimes be quite pesky. On the other hand, they play an essential role in the environment. They control the population of other insects and help to pollinate plants.

There is some debate as to how long a mosquito’s flight range actually is, but there are several documented cases where mosquitoes have been found over 1 mile away from their starting point. This blog post will discuss the various factors that depend on the species of mosquito and environmental factors such as wind speed etc.

Why are mosquitos traveling?

Mosquitoes are traveling to find a blood meal. This is typically their food source and they will need it in order to survive. By flying around they can find a good source to drink from.

Mosquitoes are relentless in their search for human blood, so it’s no surprise that they use a wide variety of clues to track down humans. Not only can mosquitoes detect our body heat and the carbon dioxide we exhale through breathing, but female mosquitos also emit chemicals called pheromones which attract males who follow them like ghosts on Halloween until she is ready to mate with one of her “suitors.”

Mosquitoes feed on the blood of mammals or humans in order to get protein. They need this in order to lay their eggs and ensure successful offspring. Interestingly, in order to obtain “regular” food, plant nectars are a delicious source of sugar for both male and female mosquitoes.

The maximum speed for a mosquito to fly is about 12 miles per hour. This is not very fast considering that humans can run at speeds of up to 24 mph, but it’s all they need in order to find their next blood meal.

How far can a mosquito fly?

A mosquito’s flight distance is limited by the power of its wings, hence mosquitoes are typically found close to the ground and never travel more than 300 feet from where they were hatched. Exceptions being if there was an unusual wind pattern or weather event that carried them farther away than normal.

Mosquitoes prefer to breed around houses and their flight ranges are mostly limited. However, certain species can fly up to 7 miles from the breeding site without being detected by humans or other animals which is a huge problem for those that live in rural areas with large pools of water nearby.

The average adult female can fly about 300 feet as mentioned above, the male however is unable to take off from the ground. They rely on a breeze or some other object with height for lift.

How high can Mosquitos fly?

Mosquitoes have the ability to fly high in order to avoid predators below who might eat them for lunch. They can also use this time flying higher up to look around and see if they spot a potential victim or meal.

The highest recorded flight of any mosquito was over 2400ft, which is about as tall as a 40 story building. This type of mosquito would be called an albino Aedes Aegypti and it’s not native to areas with lots of rainforests like South America- more likely you’ll find these types living in deserts near oases where there isn’t much competition from other insect species that feed on people blood like mosquitoes do, but mosquitos are still capable of traveling over 2000 ft into the air.

It was also found out that mosquitos and other small insects are not affected by air turbulence while they fly – again due to their low mass.

For us humans that means there’s no escape, they will get you!

Lots of invading species are bringing severe diseases from the original habitat to new places. A classic example is the Asian Tiger Mosquito, bringing Malaria to more temperate climates in the US or Europe.

Some species of mosquitoes are a major problem because they can easily travel in suitcases, airplanes, and boats. The eggs of these mosquitos will hatch again if there is water to cover them up after being dried out for several months. Additionally, the larvae of these mosquitoes enter hibernation-like states or torpor when environmental conditions get too dry or cold for their liking. These species have only been recently introduced into America by immigration from other countries and it’s not long before you see them adapting well to new climates here in this country! Examples are the yellow fever mosquito and the Asian Tiger mosquito.

Mosquitoes are often a nuisance during the summer months. They can also be carriers of diseases like the West Nile virus and malaria, which is why it’s important to take precautions when they’re around. But how far do these pesky insects fly?

It turns out that mosquitos have wingspans between 3-6 millimeters long with an average body length of 6mm (1/4 inch). These tiny creatures can travel as much as 500 meters in one flight – or 1 kilometer if they fly slowly! That means that a mosquito could easily fly several blocks away from where you were sitting outside last night – but don’t worry too much because their lifespan lasts only 4 months.