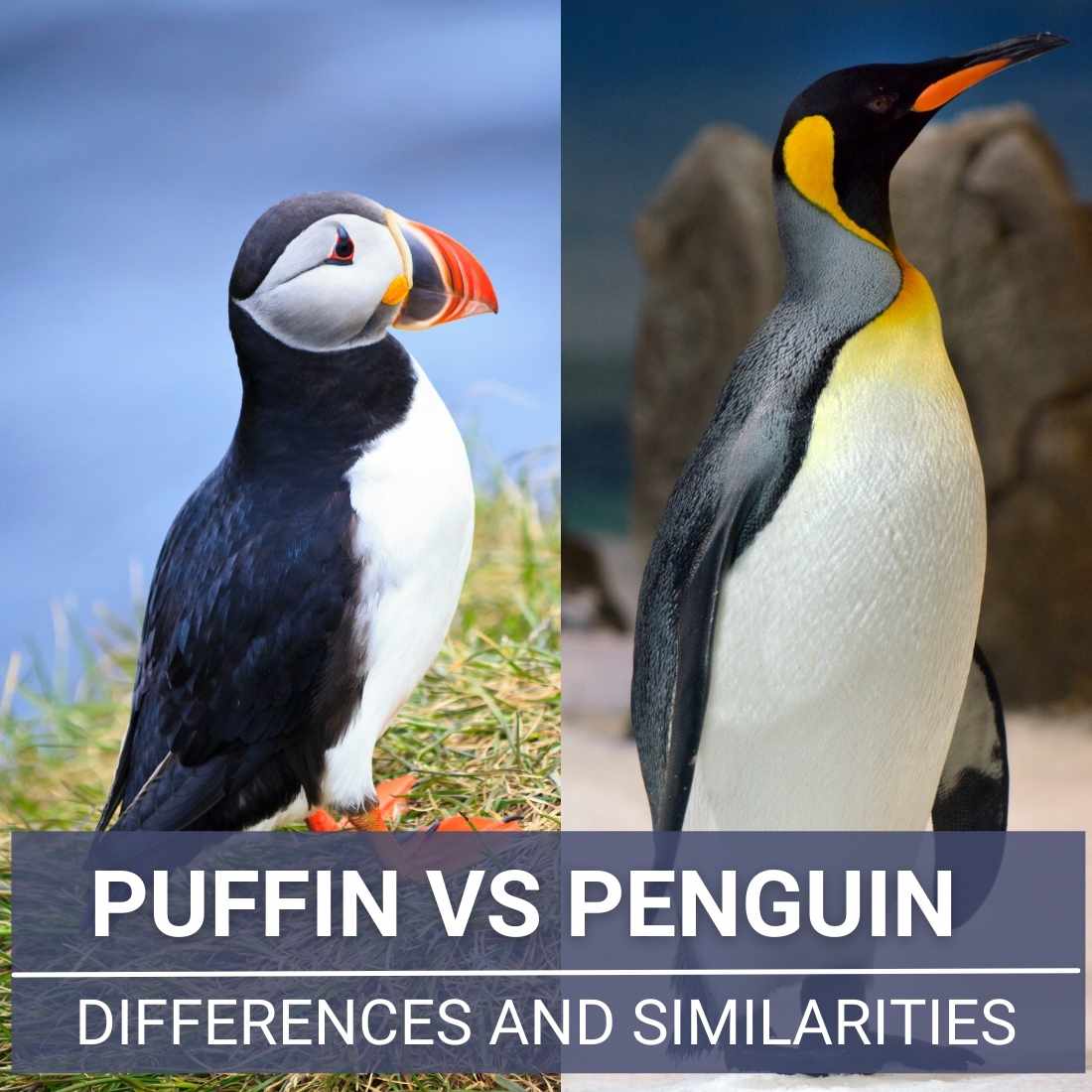 In this post, we are talking all about Puffin vs. Penguin. We all know that they sure look similar at first glance (especially to children), so we don’t blame you for confusing the two, but puffins and penguins are quite different species.

Another thing to remember before moving further is that penguins and puffins aren’t siblings or even cousins, and they do not have any genetic relationship.

Let’s learn about the difference between puffins and penguins, along with all the Penguins and puffins similarities.

Differences Between Puffins and Penguins

Let’s have a quick look at all the similarities between Penguins and Puffins.
It is a well-known fact that both Puffins and Penguins spend most of their life on the water, although they mate and interact on land. Similarly, both these species eat small fish, shrimp, crab, and squid.

Another similarity between these two bird species is that they have similar patterns of black and white feather coloring and brightly-colored beaks, leading many of us to assume that they are related genetically (but they are not, as mentioned above).

Other similarities include the following

Why do penguins have wings if they are unable to fly?

Penguins’ wings function as underwater flippers, allowing them to dive hundreds of feet below the sea’s surface to catch prey. This is an advantageous feature because penguins mostly eat fish and tiny crustaceans. During seasonal migrations, penguins swim instead of flying like their feathered counterparts, allowing them to travel long distances.

Other facts include the following:

Here you can check all Penguin sounds: https://www.xeno-canto.org/species/Eudyptula-minor or in the video below

Puffins are the only bird on the planet whose beak (or bill) color changes throughout the year. So due to this feature, many people may confuse them with another bird. Another major fact about them is that puffins dive underwater for 20 to 30 seconds at a time, similar to penguins, and propel themselves forward with their wings exactly like penguins.

Other interesting facts about Puffin include the following:

Here you can check all Puffin sounds: https://www.allaboutbirds.org/guide/Atlantic_Puffin/sounds or from the video below:

So, who will emerge victorious from the battle between Puffins and Penguins?

You can’t really tell which is better when it comes to their fight because they both are totally different, i.e., Penguins cannot fly, but Puffins can; similarly, penguins live in Southern Hemisphere while Puffin lives in Northern Hemisphere. So, it is a draw.