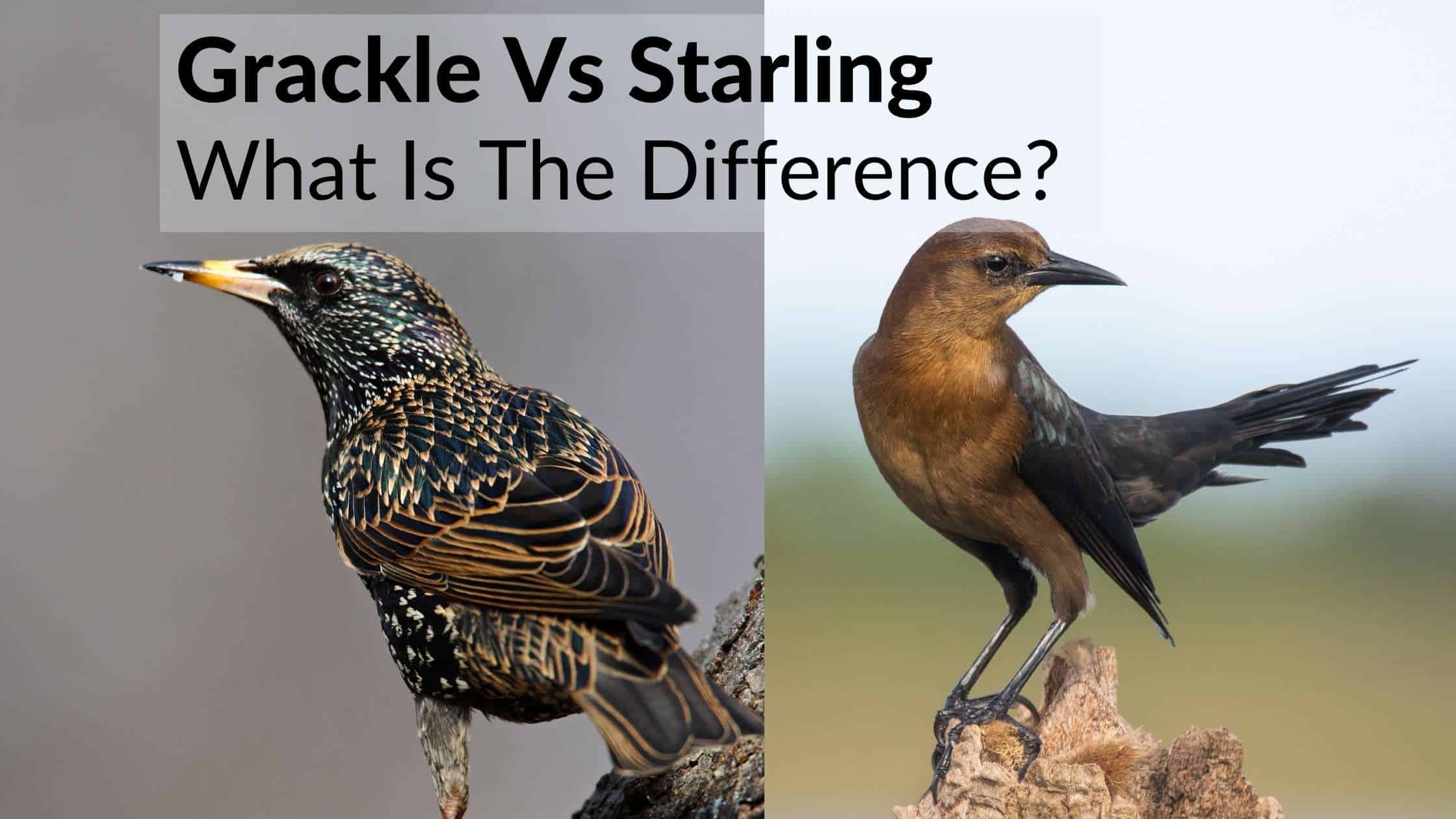 Grackles and starlings travel in large noisy groups and can be easily spotted in American lands. With a great similarity between these two birds, you may often wonder if these birds are the same or different. If different, how to differentiate between them?

The grackle and the starling may not be similar in appearance, but they do have some similarities. The grackle is a bird of the crow family that lives in North America. On the other hand, the starling is a small passerine bird native to Europe and Asia that’s also been introduced into North America, Australia, and New Zealand. They are very territorial birds who will defend their nests fiercely against other species of birds as well as humans!

So here is a quick guide to answer all your questions about the similarities, differences, and facts about grackle vs starling.

Differences between the common grackle and the European starling

Another noticeable difference between common grackles and European starlings is that grackles have longer tails as compared to starlings. Some other differences between the two birds are listed below.

Similarities between the grackle and the starling

Both of them travel in large groups and once the nesting season completes, they travel together in one group.

Are grackles and starlings the same bird?

Interesting facts about the Starling

Occurring naturally in the Old World, starlings have some very interesting facts about them. Some of them are given below.

Read here about the Starling symbolism.

Interesting facts about the Grackle

Grackles have some unique features that help them survive. Here are some interesting facts about grackles that you probably didn’t know.

While the two birds, grackles and starlings, may look similar to each other, they are two different species of the Aves group in the hierarchy of living organisms. The grackles have slender and longer tails than starlings. They have yellow eyes and a black beak whereas starlings have yellow beaks and dark eyes. They both travel in large flocks. However, the grackles are noisier than starlings. The population of starlings is a great concern for the American authorities as they destroy the nests of other birds, causing a decline in the population of native American birds. Grackles have a unique way of creating alarm calls to signal the presence of other birds or human beings around their nests.

We also compared the Grackle to the blackbird in another post: Grackle vs Blackbird – What Are the Differences?