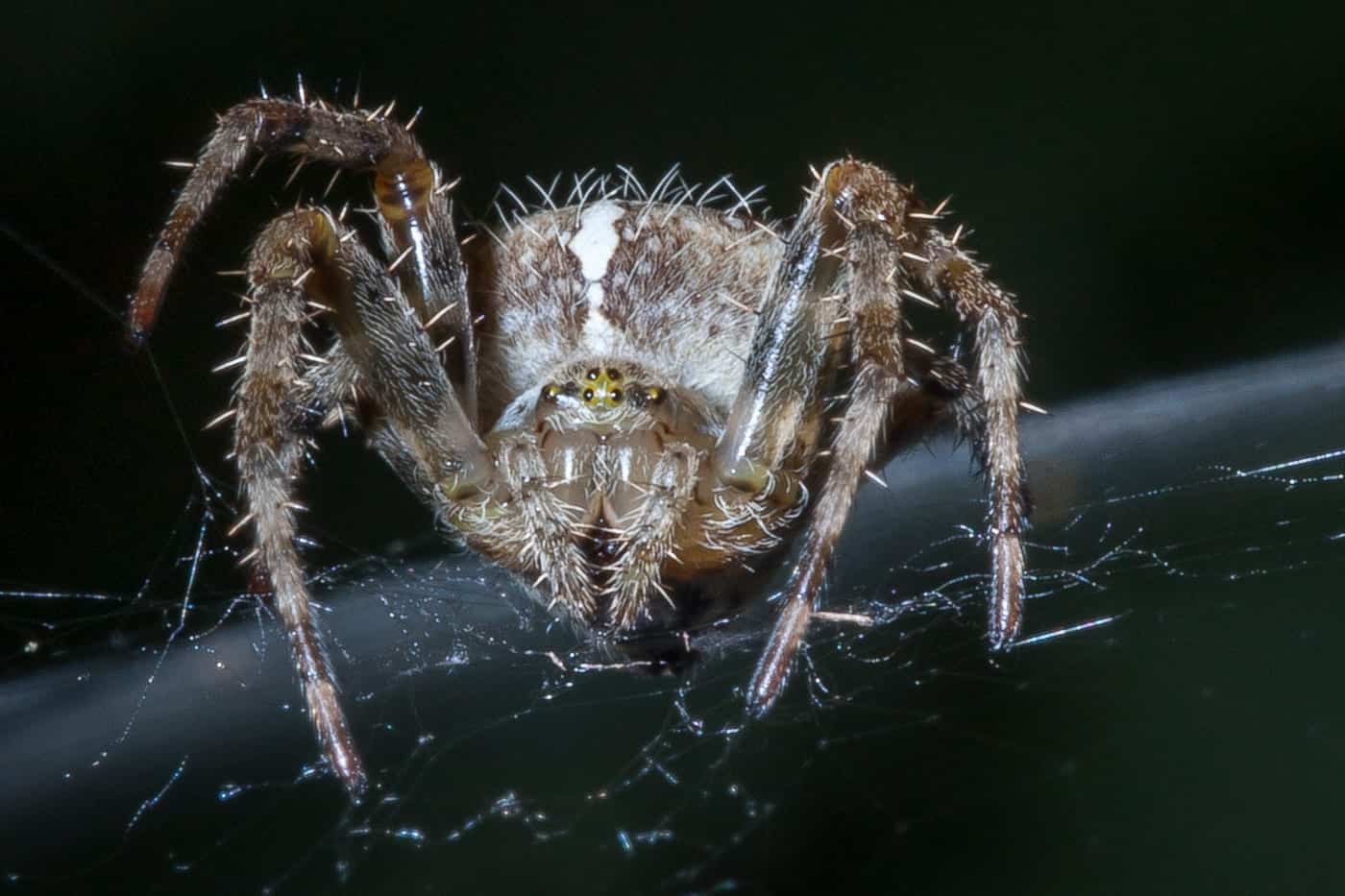 The Goliath Bird-eater doesn’t generally eat birds, although, if it had the opportunity to catch one, it would gladly liquefy the avian’s guts and suck them out. It generally sticks to a diet of insects, frogs, and rodents. It is a member of the tarantula family and is the world’s largest spider weighing in at 6 ounces and with a leg span measuring 12 inches. They can be found in South American rainforests. They use specialized leg hairs to sense the vibrations in the world around them, and if they sense danger, they can rub their legs together to release harpoon-tipped (urticating) hairs to irritate a would-be predator. Its fangs are strong enough to pierce a mouse’s skull and it makes a hissing sound by rubbing its legs together. It uses webbing to line its underground burrow, but not to catch prey. The young typically spend the first year or two with the mother. The Goliath Bird-eater’s venom won’t kill a human, but the pain from the fang would be excruciating.

Imagine a big hairy spider with red fangs and a five-inch leg span in a deep dark cave. This newly identified wandering cave spider was recently discovered in California. It took four years of research to be certain, but this is not just a new species, but a new genus as well. It is venomous, but not particularly deadly to humans. It is so new that little is known about it, except that it does not build a web and that it lives in caves and abandoned mines.

Camel Spiders are not technically spiders, although they are eight-legged arachnids that liquefy their lunch. They are solpugids and they cannot inject venom into their victims, but instead chew on it until the digestive juices turn the flesh into liquid. They are about 6 inches long, 2 inches of which is a vicious jaw. They live in desert regions in the Middle East and the American Southwest. They reached mythical status during the Iraq Wars when stories surfaced of Camel Spiders hunting and eating camels. Photographs, taken in the style of a tourist holding up the Leaning Tower of Pisa, showed them to be half the size of a human. They actually prefer insects, lizards, rodents, and birds.

The Brown Recluse or Fiddle-back Spider is only found in the middle southern United States. Although it is only three-eighths of an inch long, and about the size of a quarter including the legs, it has a frighteningly potent venom. It is not usually aggressive towards humans, but it is a hunter spider that creeps around its territory at night looking for its next meal. It then seeks a dark, enclosed space to rest during the day, such as a shoe or a fold of clothing in the closet. When it finds itself squeezed or trapped by human flesh, it will bite in self-defense. Unfortunately, this bite can leave a nasty venom-filled wound that can fester for weeks. Most bites heal in two or three weeks, but some require medical attention. An infestation in the house will require a professional exterminator.

Known for the most potent venom in North America, the Black Widow spider weaves webs over open holes, such as rodent dens and outhouses, or in barns, garages, and in dense vegetation. They prefer to eat insects and other spiders, in particular, the female will eat the male after mating. The hatchlings are also cannibalistic and eat their siblings until only a few are left. They are also known as comb-footed spiders due to the hairs on the fourth leg that assist the spider in wrapping its prey in silk. They are identified by the shiny black body and red hourglass on the abdomen and only measure an inch and a half long. The only bite when disturbed or when in danger, and there is an antivenom available, so fatalities are rare. The most at risk are the young, the old, and the ill.

When the strange fossil was unearthed in 300 million-year-old rock in the 1980s, the paleontologists announced that the remains of the biggest spider ever to crawl had been found. Its body measured 54 cm, and it used its front appendages to sweep through the muck to capture small invertebrates. It lived during the Carboniferous Period, about 100 million years before the first dinosaurs, and was joined by nearly 800 species of cockroaches. It wasn’t until 2005 that enhanced technology allowed the scientists to correctly identify the giant creepy-crawly as a sea scorpion (read more about the scorpion symbolism), an equally scary aquatic cousin of the spider. Not a spider, but still scary!

In humans, bites produce muscle aches, nausea, and paralysis of the diaphragm that can make breathing difficult; however, contrary to popular belief, most people who are bitten suffer no serious damage—let alone death.

The venom of a Brown Widow, while seldom life-threatening, produces very painful effects including muscle spasms, ‘tetanus-like’ contractions, and, in some cases, spinal or cerebral paralysis. This paralysis is generally temporary but might leave permanent damage to the central nervous system.

The bite of a Brown Recluse is extremely venomous and has led to fatalities through massive tissue loss and the subsequent infection.

There are no confirmed bites and only two suspected ones on record. However, in one of these cases, the victim lost an arm to massive necrosis and in the other, the victim died of massive hemorrhaging, similar to the effects of a rattlesnake bite.

Check some more scary spider posts and have nice dreams!