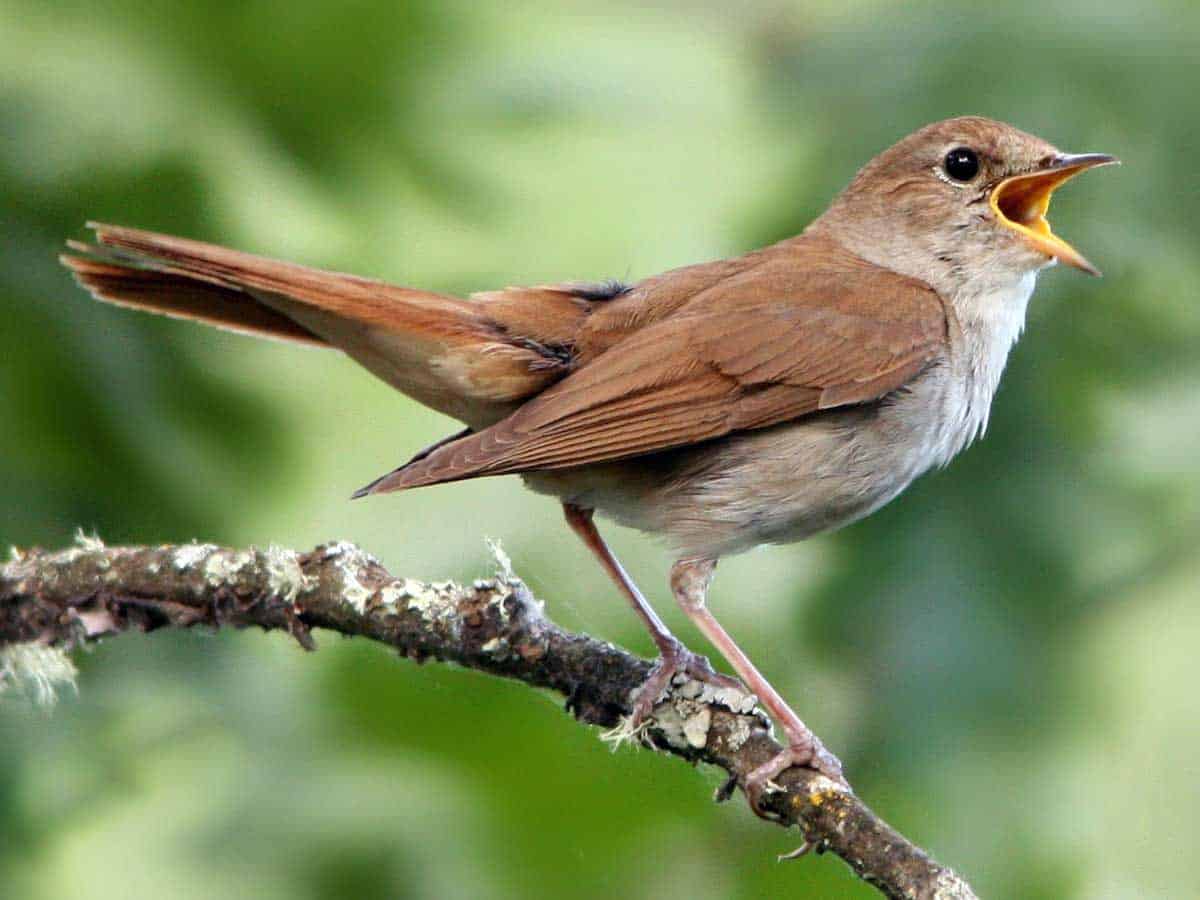 Throughout civilization, many cultures and religions often view animals as more than just animals. Most, if not all, have specific meanings and symbolisms tied to them. For example, some cultures and religions view animals and their interactions with them- whether it be in real life or in a dream as a way to receive messages from the spirit world, as signs of good luck, as warnings, a way to draw strength during difficult times, etc.

The legacy of the nightingale is one of beauty, song, and death. The bird’s heart beats is very fast in order to produce its melodic voice – but this also means that it does not live very long. In Greek mythology, Philomena was a nightingale who suffered from an unrelenting desire to sing and never be silent. She would sing all day long until her heart burst with sorrow for not being able to give up the unending melody.
In modern times, we often think of the nightingale as someone who sings beautifully even when they know their life will soon come to an end.

The nightingale is a beautiful and fragile bird that sings with an incredible voice. It is often seen as a symbol of peace and tranquility, but it is also symbolic of the human spirit. In this blog post, we will explore what the symbolism of the nightingale means to us, how its song helps our spirits soar, and how each one of us can be like these birds in order to live life fully.

Nightingales are most known for their delicate nature paired with their unforgettable songs- they sing because they need company more than anything else while living long distances from other members of their species.

Generally, the nightingale has been used as a way to represent love, mysteriousness, and secrecy. If you’re someone who is the creative type, it was often believed that seeing a nightingale meant that something positive was coming your way regarding your craft-whether it was art, poetry, music, etc. At one point, there was a belief that consuming the heart of one of these birds meant you would be blessed with many talents.

Nightingales are also believed to represent wisdom because of the fact that they teach their young how to sing their signature song.

As mentioned, the nightingale is a symbol of love. It’s also been an important part in the work by poets like William Shakespeare, who used it to express life-long and selfless love for someone else. The bird’s succession of effortless high notes are evocative because they’re reminiscent of unconditional feelings that seem unattainable at times but with perseverance can be realized; this allows us as readers to empathize more fully with what we read on the page before us when such imagery is present than if there was none at all!

Nightingales are often heard at night but they also sing during the day. This is because most birds only work in one part of a 24-hour cycle, and their songs can drown out the song of these diurnal creatures when they’re active during that time period. But when all other animals have gone to bed for the evening, we finally get to enjoy this bird’s beautiful voice without any competition from others! Some people believe that seeing as it sings in darkness while its competitors are still sleeping means there must be some sort of symbolic meaning behind it – like perseverance or ambition? What do you think about this interpretation?

“Fare thee well my nightingale, I lived but to be near you. Thow you are singing somewhere still I can no longer hear you.”

Meaning Of a Nightingale In Your Dreams

If a nightingale appears to you in a dream, then this means that you should evaluate any problems you might be having and make a conscious effort to not retreat from the world completely to hide from them. It’s often a sign that sharing your experiences or current struggles is the way to work through any difficulties you’re going through. Taking that action is often a great way to start the healing process or come up with solutions because others who relate to you might be able to offer help. Also, helping others heal through sharing your experiences can be highly cathartic for you, as well.

If you have a real-world interaction with this bird, it’s often a sign that the creativity or inspiration you’re looking for could be hiding in nature or in someone else. It’s a reminder to take a closer look and to be more observant of the world around you.

As you can see, it truly does depend on what culture or religion, or situation you’re viewing this animal from.

If you’ve discovered the nightingale as your spirit animal, it’s a sign that you have the ability within you to see the beauty in everyday life, especially in rough times.

Despite the nightingale’s regular run-ins with predators and trying just to survive, it still sings the most beautiful song. While we might not recognize or see the daily battle it fights, the unmistakable song it sings is one that causes people to pause for a second and appreciate its beauty. We can use this as a reminder that even though we might be going through a difficult situation, there is always a positive side or a silver lining that you can identify. Adopt this way of thinking and practice it continuously. It could get to the point where people around you are unaware of your struggles. Still, they will most definitely be aware of that unique energy that you are putting off-it might even start to make them wonder, “Who is this mysterious individual?”

If you happen to have the nightingale as one of your totem animals, this means that you have the quality of being introspective. You’re probably someone who appreciates their time alone and away from large crowds. You might even be a master of being a wallflower who has the ability to sink into the background and go unnoticed when you want to.

Additionally, you probably are someone who doesn’t like to boast or talk about any struggles you’ve overcome, accomplishments you’ve achieved, etc. This might cause others to look at you like you’re someone that success comes naturally to. Little do they know you’re a hard worker who puts their heart and soul into everything they do.

The Symbolism of the Nightingale in Different Cultures

The nightingale has been a symbol of peace and tranquility in many cultures around the world. The Greek goddess Hera was often depicted wearing a crescent moon crown that is reminiscent of this bird’s shape, which is not surprising considering her role as protector of marriage and childbirth. In African traditions, it is considered to be the voice of one’s ancestors calling out from beyond death. And those who live near water often consider its song peaceful because its location makes their homes feel safe from predators like snakes or other dangerous animals.

All these symbols point to something deeper within us: they represent how our passions for life matter deeply to both ourselves and others we care about; they remind us why we are here on this earth.

In ancient Greece the nightingale was seen as a messenger of the gods who brought messages from human to deities. One story tells how Hera, queen of Olympus and wife of Zeus, was so moved by a nightingale’s song that she placed it in the heavens as a constellation for all time.

In Greek mythology, the nightingale was said to be an attribute of Aphrodite and Eros because it is always looking at its reflection in water or mirrors. It also symbolizes Dionysus (god), since he brings joy into life with his music-making abilities.

In Celtic culture, the white markings on their throat symbolized protection against evil spirits while they were alive; this has led some people to believe that these markings serve as talismans after death.

For Celtic people, the nightingale was also seen as a messenger of peace because its song would signal an end to the day. One old Irish proverb says, “A nightingale is a sign of good fortune if heard in one’s own home.” This belief came from the ancient Greeks who saw it as a symbol of happiness and joy.

For Native American people, the nightingale is seen as a symbol of peace and tranquility. It is also symbolic of feelings that are keeping us from living fully in the present moment, such as sadness or pain.

The nightingale is one of the most famous birds in literature. From the Greek poet, Homer’s “Odyssey,” to Shakespearean drama, poets and writers have used it as a symbol for many different things.

In Odysseus’ story of his travels in The Odyssey, he speaks of hearing the beautiful song from a nightingale outside while inside at Penelope’s palace there is only silence. This moment helps him realize that he has found home again after all these years away from Ithaca and his wife. Read on to learn more about this symbolism!

The nightingale also appears prominently in William Shakespeare’s Romeo and Juliet as being symbolic of love itself: “…that bird so much dost sing/Of ravage direr than thy tongue can tell…

In other literature, the nightingale was used to represent unrequited or lost love or sacrifice. A great example of this is in the novel, The Nightingale by Kristin Hannah. The main characters in this book have the last name of “Rossignol,” which is French for a nightingale. The characters experience the loss of their mother. Several other characters sacrifice either themselves or the lives of others at the expense of protecting those they love.

As you can see, the nightingale is generally synonymous with creativity, love, loss, and, most importantly, pushing through struggles while still being able to move positively through life. If you happen to come across one of these birds, your first step should be to analyze your current situation and see how any of these symbolisms might apply to you.

The nightingale’s song has been shown to reduce levels of stress hormones for victims of trauma, which can help people heal more quickly after a traumatic experience. The soothing qualities in the bird’s song have even helped those with dementia improve their moods when they were having difficulty sleeping at night due to anxiety-related nightmares!

So it turns out that these little birds may be small but they’re mighty in ways you might never expect! They sing beautifully without fail every single day so we know they will always bring beauty into our lives by filling them with joy

If you have this animal as your spirit animal or in your totem, you’re most likely someone who has been blessed with creativity and should work to develop your skills. Additionally, it would help if you always were observant of the environment around you. Inspiration can come from the most unexpected people and places.

The biggest takeaway from the symbolism of the nightingale is that even though this bird is quite simple looking and has no spectacular features, its romantic song has inspired poets, artists, and authors for centuries. Just looking at this bird, you wouldn’t expect much from it. Sometimes finding beauty in the simplest of places is the most surprising yet rewarding experience. Whether that comes in the form of a sunrise, a compliment from a stranger, or just spending time with those you love, the nightingale serves as a reminder that sometimes simple is best. 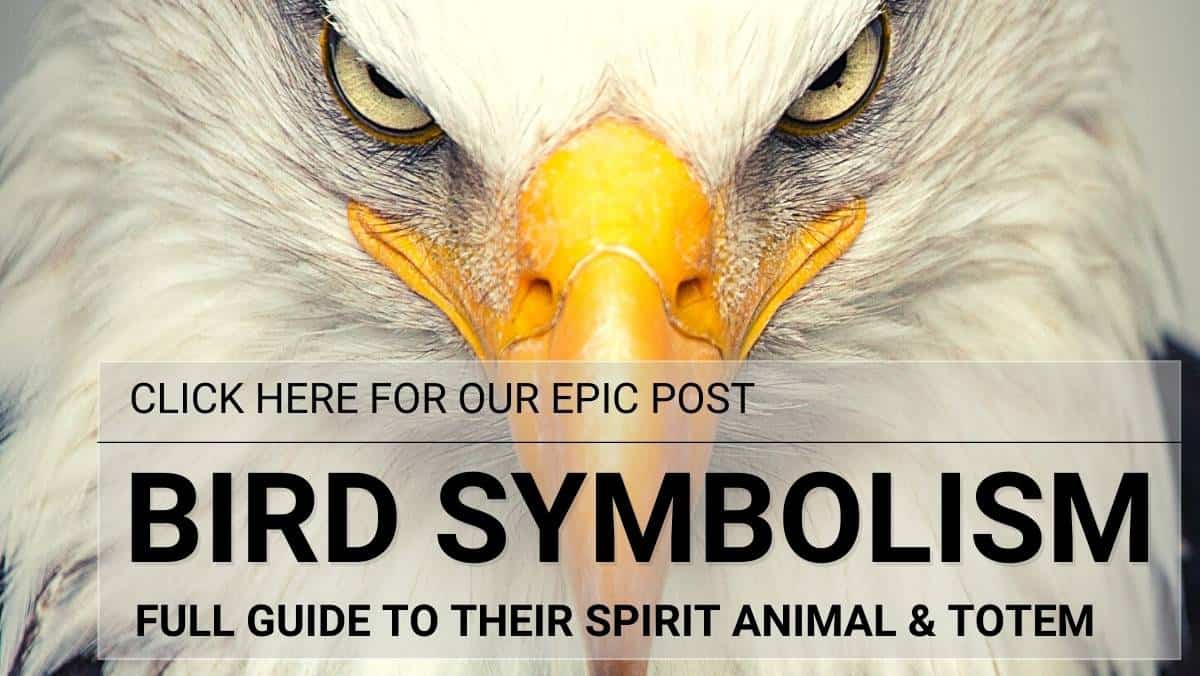