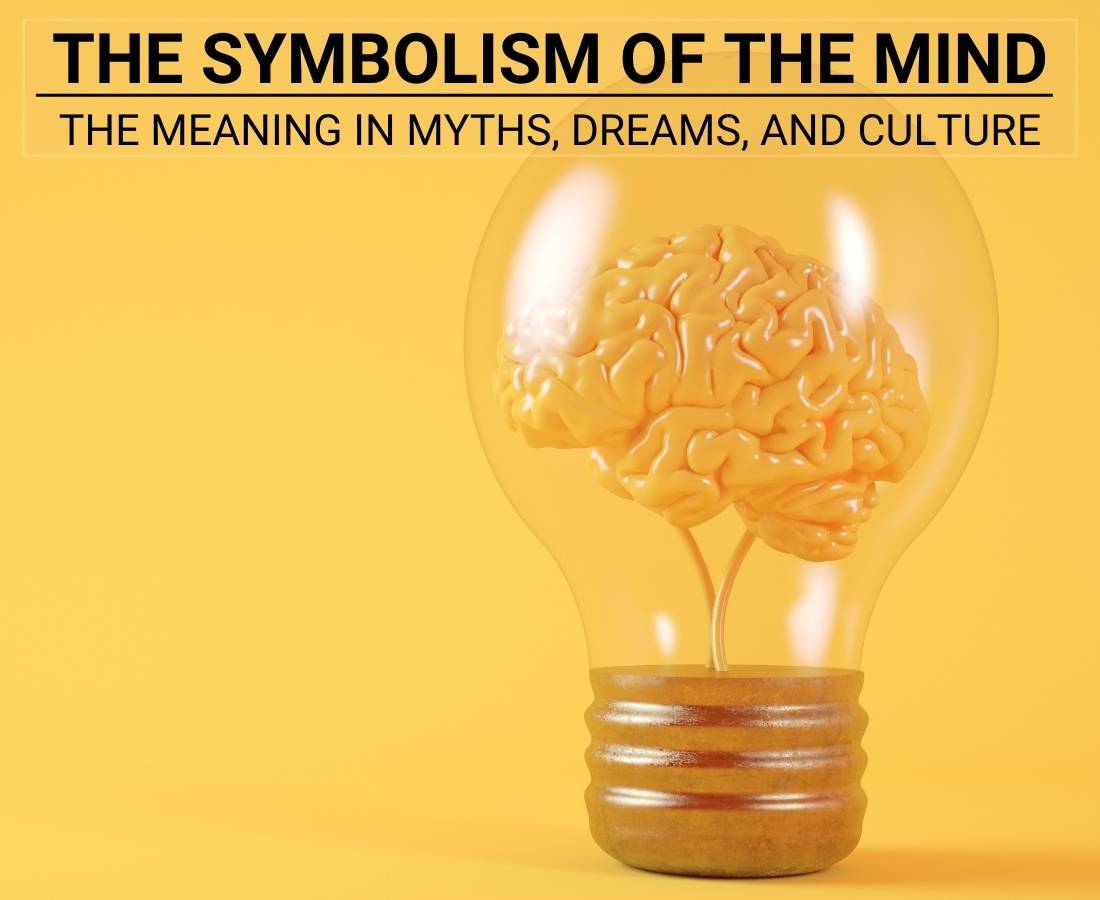 Every person has had a mind throughout history, yet it’s one of the most mysterious aspects of the human being. The mind is a powerful force and often the best reflection of who someone is.

The human mind is a complex and mysterious thing. It is the source of our creativity, emotions, and thoughts. It can be seen as a symbol of many different things in myths, dreams, and culture.

In this blog post, we will explore some of the most common symbolism associated with the mind. We will look at how it is depicted in myths, dreams, and everyday culture. If you want to learn more about the symbolism of the mind, this is a great place to start!

“All problems are illusions of the mind.”

Mind symbolism is found in artwork, books, movies, and television. The most common forms of mind symbols are the brain, the yin yang, the lightbulb, and the gears.

The brain symbolizes the mind because it is where cognition, emotion, and memory are generated. The human brain is unique in its capacity for higher-order thought and complex behavior.

This distinguishes us from other animals and makes us capable of symbolic thought. Symbolic thought is the ability to understand and use language, think abstractly, and represent concepts with symbols.

A lightbulb is often seen as a symbol for the mind, as it is an essential tool for providing light and visibility in the dark. The mind is similarly essential for providing clarity and understanding in times of difficulty or confusion.

Just as a lightbulb illuminates the space around it, so does the mind shed light on the situation at hand, helping us see things more clearly.

“I put my heart and my soul into my work, and have lost my mind in the process.”

A book is a window into another world, and it has the power to change the way you think about the world around you. When you read a book, you are using your mind to engage with the ideas and thoughts of the author. You are expanding your understanding of the world and growing as an individual.

The labyrinth is often used as a metaphor for the complexity of the mind, with its many twists and turns to represent the challenges and choices you face throughout your life. The center of the labyrinth represents your highest potential, while the outermost edges represent your darkest fears and desires.

Your thoughts and emotions are reflected back to you through your actions and words.

“The mind is not a vessel to be filled but a fire to be kindled.”

The sun is a symbol of the mind because it is the center of your solar system, and it is what gives life to all the planets. The sun is also a source of light and heat, which are essential for life.

Symbolically, the sun represents your consciousness, your ability to think and reason.

The eye is one of the most important symbols in many cultures. It represents the mind and is often seen as a symbol of knowledge and wisdom. The eyes are how you perceive the world, and this protection is experienced within the mind. Swarowski Symbolic Evil Eye Pendant Necklace
4.8
$115.00$78.95
Check on Amazon
The classic cross is among the most widely used protective symbols

The mind has been depicted throughout different religions, cultures, and philosophies over the years.

“Do not dwell in the past, do not dream of the future, concentrate the mind on the present moment.”

In Hinduism, the mind is called Manas, which is believed to be the central source of energy for the body’s scenes, perceptions, and memories. This aspect of the human governs over intellect, mental power, and intelligence (see also our post about mind, body, and soul symbolism)

Hindus believe that the manas is unconnected to the spirit or soul. Manas is solely based on the body and used to experience and interact with the material world.

Manas also symbolizes the connection between the heart and the third eye, which is linked to one’s intuition and understanding of reality. The connection here suggests that the mind is a powerful symbol for the conscious experience of the human being and a special connection that allows one to interpret and understand their emotions.

In China, the mind is called Xin, which is also sometimes used to reference the heart. Chinese use the mind as a symbol of their inner world as well as their feelings.

Ancient Chinese people believed that the heart and mind were one, meaning both feeling and thought were two sides of the same coin. The Daoist symbolizes the mind (xin) as being the vessel that creates conflict, disagreements, and differences.

In Confucianism, some believe that the mind (xin) is an aspect of one’s self that is gained throughout an entire lifetime. Here, the mind symbolizes an ever-growing, ever-changing tool that’s a total reflection of one’s life.

Native Americans believe there is no disconnection between the mind, body, and spirit. Anything that happens to the mind also directly affects the rest of one’s being.

They also believed that the mind could be used to heal certain aspects that were non-physical due to the mind, body, and spirit connection. For them, the mind was a symbol of unity, connection, and an extension to the greater source or creator of the earth.

Carl Jung was a Swiss psychiatrist known for creating the vast majority of the mind’s symbolism found throughout psychology and mental health spaces. Jung used the mind as a melting pot for all of the many characteristics and archetypes of human beings.

Jung divided the human mind into 12 archetypes, all containing different qualities and energy found in people all throughout the world.

For more information on Carl Jung’s archetypes, check out this video. We also have a post about mindfulness symbolism, click to read.