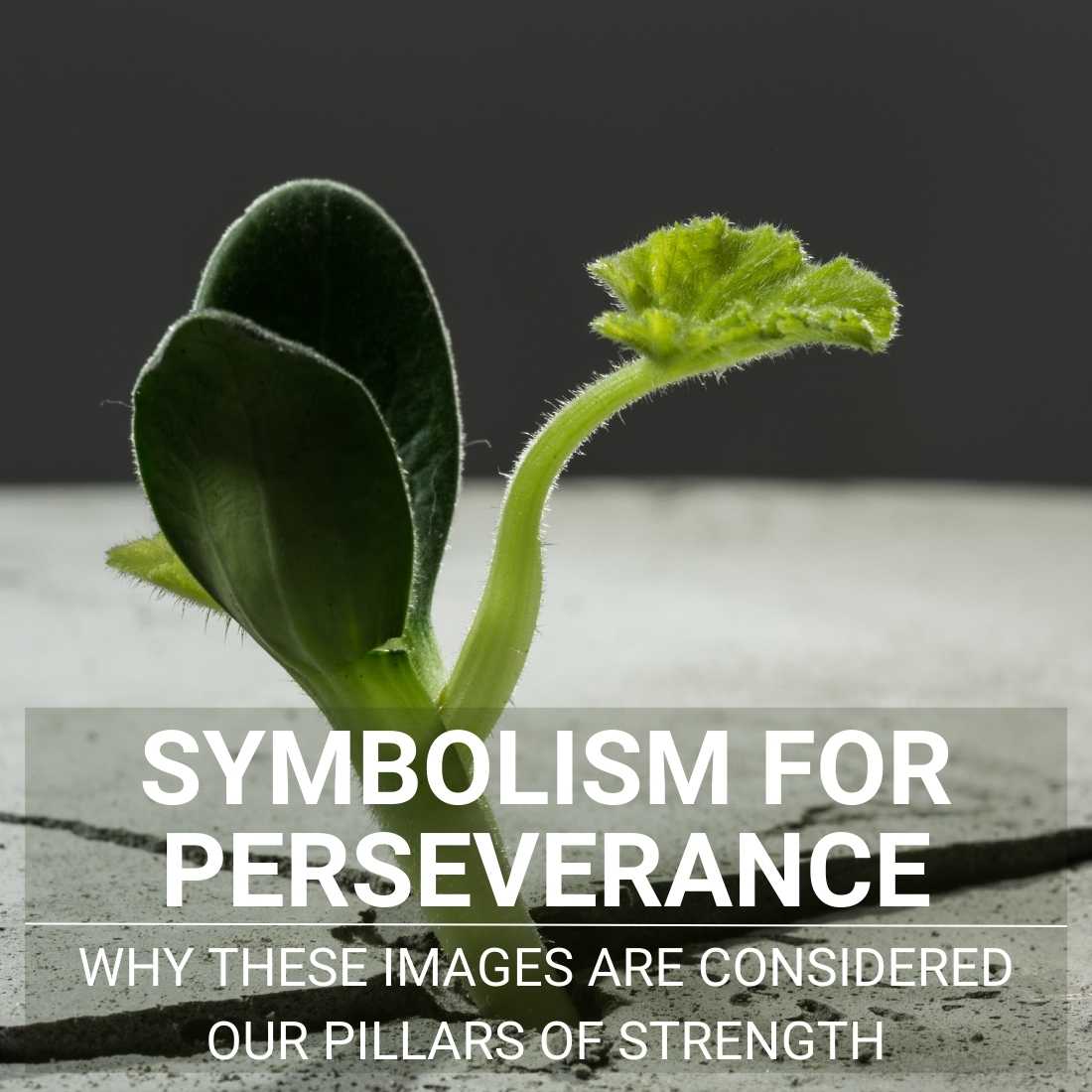 Having the ability to not quit in the face of adversity allows you to grow and realize your full potential. Not only do dedication and persistence provide you with a boost in self-confidence and strength, but they also enable us to turn our misfortunes into positive learning opportunities. Often giving us the courage and fortitude to bounce back from the times we fall, it is an essential quality that inspires us to deal with the inevitable difficulties of life. Appearing in our presence at times when we lack bravery, fearlessness, and endurance, let’s take a look at some of the symbolism for perseverance.

Whether you spend most of your free time buried in books or sweating it out in the gym pumping irons, humans are known to think of different ways to improve ourselves to gain honor and respect. While strength and willpower are almost always associated with mankind, some animals embody determination and diligence, making them an ideal symbol of hard work and perseverance.

Remember the story about the race between the hare and the tortoise? That well-loved fable taught us how great things can happen if you trust your own abilities and keep on moving forward. While the tortoise is known for its slow movements, it reminds us that by never giving up, we might just make it to the finish line first. The tortoise is also on our list of animals that symbolize protection.

As most birds are recognized for their ability to sing melodically or soar high, some, like the persistent woodpecker, have other things in mind. Known for constantly striking wood with their beaks, these hard-working birds would diligently work on their task without being intimidated by the hardships that lie ahead. See here more about the woodpecker symbolism.

Known for its famous howl, the wolf is believed to have evolved from an animal that lived about 35 million years in the past. An excellent hunter that preys on squirrels, raccoons, moose, and yaks with amazing constancy, these mysterious and awfully intimidating creatures are regarded across cultures as a symbol of devotion to the family, persistence, intelligence, and stability. The wolf is also on our list of animals that represent freedom.

Need I say more? Perhaps the animal that best illustrates perseverance, these quiet yet extremely adventurous risk-takers will create a path and follow it no matter what. Shy but fearless, you can try putting an obstacle in its way or try to wash them away with water, everyone knows that no one can stop an ant from moving towards its goals. Read more about the ant symbolism.

By possessing this valuable virtue, we can recognize our personal and professional goals, identify our limitations, and quickly recover from failures and setbacks. Not only does it provide us with the capacity to be a success and the power to be an inspiration to others, but it also makes it a lot easier to gain the trust of the people around us.

Here are some of the most popular symbols for perseverance:

Revered as the national flower of both India and Vietnam, this plant’s incredible ability to rise from dirt and muck and bloom into an attractive flower has made it a widely popular image of adaptability and perseverance. Serving as our inspiration to trust our abilities in overcoming even the harshest conditions, cultures, and religions across the world see the lotus flower as the ultimate guide in helping us rise above the chaos in our lives. Read more about the lotus flower meaning.

Coming from a nation with a rich history of signs and imagery, the Adinkra symbols of Africa communicate virtues that are related to strength, skills, talents, and courage. Designed to bring messages of wisdom that are derived from their various traditional practices, the Wawa Aba or the exceptionally tough seed of the Wawa tree gave birth to the idea of it being a figure of durability and perseverance. An image of toughness even during the most difficult times teaches us the importance of remaining persistent as it will help us achieve our goals.

Rooted in lore and legend, the Celts remained deeply connected to nature which is often reflected in the images and symbolism that they created. First appearing in the 3rd and 4th centuries, the Dara Knot features intersecting lines that show no beginning and no end and was believed to bring upon strength and wisdom in the most difficult times.

Much like most ancient cultures, Egyptians used various symbols and rituals to define the many aspects of their social, political, and religious life. Respected for being around for thousands of years, the Djed Pillar indicates strength, stability, flexibility, and persistence in ancient Egyptian culture. Described as the spinal column of the god Osiris, it exemplifies the importance of the backbone as it allows us to adapt and face the challenges that life decides to throw at us.

Held sacred by the Celtic, Greek, and Roman civilizations, the oak tree is found in countless ancient beliefs and traditions. Believed to have the ability to easily live up to 300 years, this often colossal tree continues to be a meaningful symbol of wisdom, commitment, strength, protection, and perseverance.

Because of our innate ability to assign meanings to everything around us, many symbols have developed some deep-seated messages that have been passed from one generation to the next. Since we instantly associate doves with peace, owls with wisdom, and a red rose with love, then it only fits that we find out the age-old symbols that represent strength. Read on to the ancient symbolism for perseverance.

Symbolism For Perseverance – The Griffin

A mythological creature that has the body of a lion and the head of an eagle, a quick look and you know that it signifies nothing but strength and power. Read more about the griffin symbolism.

Regarded as the god Zeus’ weapon of choice, it represents Thor, who is the most physically powerful among the gods and was used to create the Thunderbird which signifies power and strength.

Known to serve as a protector of worlds, they symbolize being strong and powerful long before they were depicted as friendly and lovable creatures in present-day animations.

An enduring symbol of strength in ancient Greece and Egypt, it wields the body of a lion and, at times, a human head which tells us that not only is this creature extremely strong but exceptionally intelligent as well.

From their beauty and usefulness to their versatility and charm, flowers are undoubtedly lovely in countless ways. Considered awesome by many for their striking appearance, they have been an important part of our lives for the fascinating symbolism they bring to various cultures and traditions. Often used to adorn places for special occasions and events, a gorgeous bouquet can send messages of love and is largely utilized to make intents known in a simple yet understandable manner.

As perseverance is a remarkable characteristic to possess, there are a handful of flowers that carry hidden messages and properties that allows them to stand out from some of the members of their species. Known to have been around for thousands of years, strength and endurance are some of the symbols that the Magnolia flower stands for. A tough flower that has withstood the test of time, this resilient flower’s awesome capacity to adapt to unforeseen changes in climate and difficult weather conditions have made these delicate-looking blooms a symbol of longevity, determination, and perseverance.

Whether from the stars or the archaic drawings from the walls of a cave, we constantly look for deeper meanings and explanations from the symbolism of animals, plants, and things. As a character trait that can help us be successful in life, perhaps the most important symbolism for perseverance is having the determination to work around any obstacle that may exist and to learn how to never give up.