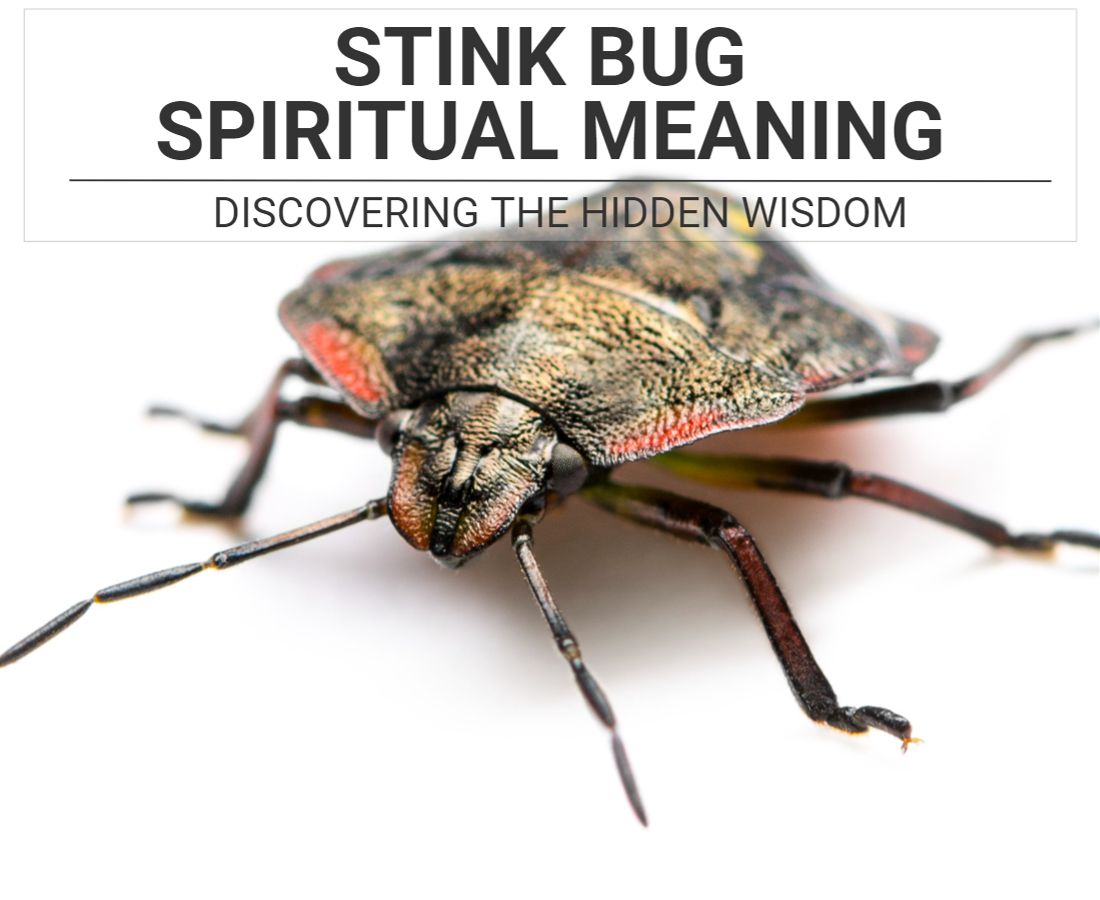 From the squid’s black ink to how a skunk leaves a trail that stinks, several animals are gifted with distinct characteristics to help them stave off hunters. While they are far from ranking among the most favored critters, stink bugs play an essential role in the ecosystem and creep in to teach us how to become better versions of ourselves.

Unattractive and invasive yet always fascinating, let’s glide into the spellbinding spiritual meaning of a stink bug.

What does a stink bug symbolize?

While their intrusive habit and unusual behavior have led most of us to see them as pests, stink bugs remain in our favor for the amazing symbolism they bring. Here is what the presence of these extraordinary creatures tells us.

They are also equipped with a tough outer shell, which reminds us to be cautious and vigilant of the various threats that potentially surround us.

Additionally, stink bugs possess a unique ability to camouflage themselves in their surroundings, which can serve as a reminder for us to be aware of our surroundings and adapt to the environment we are in to protect ourselves.

Stink bugs have been observed to be highly sensitive to vibrations, so they help enhance our ability to discern and boost our intuition. Stink bugs broaden our awareness of the needs of the people around us. They also make it easier for us to tell what a situation calls for based on the circumstances.

Stink bugs warn us to be cautious when making big decisions and use our deep understanding to avoid negative repercussions.

While most insects (the lovely ladybug included) emit an unpleasant smell when disturbed, the substance that the stink bug releases from its special gland can be extra nasty and unacceptable. This trait tells us to get rid of the negative thoughts and habits we continue to hold on to in our lives.

The appearance of a stink bug reminds us how we should first accept our distasteful habits, for it often leads to spiritual growth and emotional progress.

Perhaps because of their ability to leave an unpleasant odor or invade our homes, stink bugs are viewed as carriers of setbacks and bad omens. However, many believe these creatures encroach with a handful of helpful symbolism in tow. Let us take a look at what various cultures see regarding their insects symbolism.

Since they emit the idea that they are poisonous by letting off an unfavorable odor, Christians have long associated stink bugs with its teachings and traditions. Their appearance tells us that while God would often ask us to go through unwelcome pain and suffering, we would realize in the end that it was always meant to teach us about spiritual strength.

Christians believe that the presence of stink bugs indicates how God wants us to develop into better individuals.

The stink bug’s strong protective nature, particularly as a parent, indicates how God wants us to be safe and cared for. Although these assertive creatures are often repulsed, bear in mind that God created them because He believed they serve a purpose.

This reminds us that we should value our gifts and treat others with acceptance.

Although a stink bug does not require a complete metamorphosis to experience full development, it needs to go through stages where it begins as an egg. It then hatches and produces a wingless nymph before turning into an adult stink bug.

This led the Native Americans to view stink bugs as a powerful symbol of transformation. They saw their presence as a way to represent the many changes in an American Indian’s life.

As stink bugs are known to invade in large groups, the Native Americans believed that a lone stink bug signifies our need to stand up for ourselves. They remind us of the importance of expressing our thoughts, opinions, and feelings, for it enables us to gain respect from others and ultimately promote good relationships.

While stink bugs are rejected in various traditions for being invasive and troublesome, their association with the Roman God of manure and odor gives them a respite from all the negative insights. Farmers highly revered Sterquilinus since many believed that he provided them with good-quality fertilizer.

Although not too many gods would want to be associated with something so impure and unsanitary, this Roman deity, much like the stink bug, inspired development, growth, and progress.

Because stink bugs are notorious for their ability to take gardens, farmlands, and homes by storm adversely, it is easy to see why many of us have an unfavorable view of them. However, these tiny critters are regarded as one of the most potent symbols of protection and guidance.

Although their hard shells may provide us with shields and shelter, the pungent odor they emit to avoid predators tells us how we can use our talents to rid ourselves of our problems.

Aside from spending energy jumping from one plant to the next, stink bugs spend their time burrowing to find a spot for their eggs. This tells us how hard work and persistence often lead to remarkable physical and spiritual progress.

The stink bug spiritual meaning as a spirit animal reminds us about the value of humility, love for nature, and staying grounded.

The stink bug totem is a wise companion in life, providing insight when guidance and strength are needed. It stands for resourcefulness and adaptability to show us how to press on through difficult times – enabling resilience over even the most demanding of circumstances.

As your spiritual protector, it serves as an ever-present reminder that all challenges can be conquered with patience, courage, and perseverance!

Stink bugs are incredibly tenacious creatures! Despite their small size, they possess the remarkable ability to persevere and make do with whatever resources are available. Not surprisingly, such traits have earned persons with a stink bug personality a reputation for being strong-willed individuals who never give up on overcoming any obstacle life throws at them.