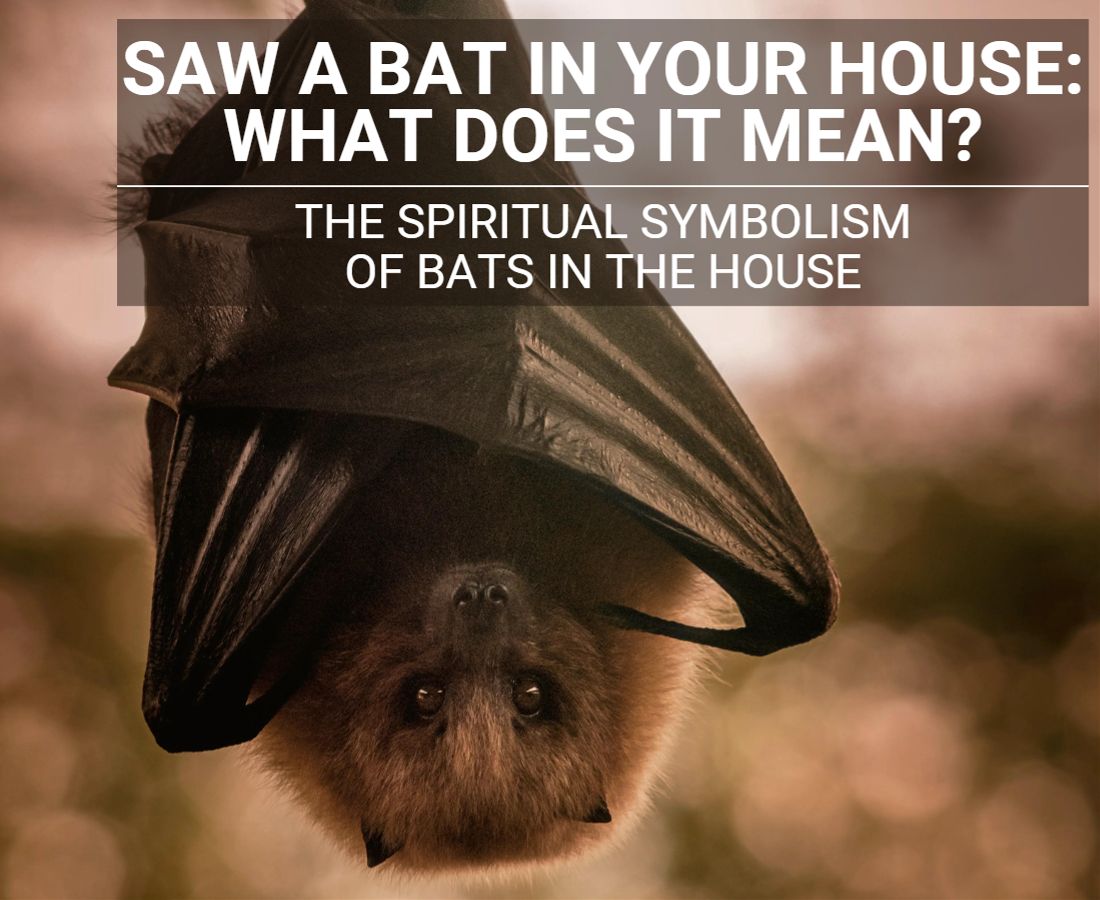 Bats are considered by many as flying mammals that often hover above abandoned places. So, whenever a bat is seen anywhere around homes or societies, it is usually interpreted as a bad omen. These “Guardians of the Night” are connected with mishaps and fear.

The meaning of bats’ sight varies among different regions. In some places, people consider it a good sign, whereas others believe it is linked with the onset of something sad or painful.

Let’s look at the spiritual meaning of bats, what it means when they visit your house, and the various mythologies and superstitions attached to these amazing creatures.

If you have a bat in your home, it may be because the little bugger has found its way inside. But why would a bat want to come into your house? Like rats, bats are nocturnal creatures and like hanging out in dark places at night.

So if there’s a hole somewhere on your roof or in an outside wall that lets light shine through, the bat might find it inviting enough for some roosting.

Why do bats come into houses?

Bats find holes and crevices in your home that offer shelter. If there’s a hole somewhere on your roof or in an outside wall that lets light shine through, they might find it inviting enough to roost. Bats are naturally nocturnal and love to live in dark places they mistake for their cave.

If you see a bat during the day, don’t try to capture it. It’s either sick or injured, and they’re simply trying to get help rather than hurt someone.

Bats in your house can indicate other problems, such as a leaky roof, blocked chimney, etc. If this is the case, it may be best to correct the problem at once because if bats regularly find their way into your home, they can carry all kinds of diseases, including rabies.

Spiritual meaning of the bat

The spiritual meaning of bats can be understood as death and rebirth. Often associated with vampires, its symbolic meaning comes from the fact that they live in caves resembling Mother Earth’s womb. So they die every morning when they return home and are reborn at dusk when they emerge from these naturally-built caves.

In some communities, these creatures of the night are a symbol of good fortune and abundance. In Eastern Europe, for example, it is not uncommon to see a picture of a bat on houses or hanging up inside shops and restaurants to bring prosperity and good luck. For some cultures, the bat symbolizes renewal and restoration.

It acts as an agent of significant change and transformation. Like butterflies, the bat will sweep in with new ideas to create something new and better, just like the crescent moon and new moon, which give birth to the sun at dawn.

They also symbolize communication and relationships because they are social creatures. They have strong relationships with their family members. They exhibit sensitivity toward the people in their group.

In addition, they convey the message of leaving all our fears and emotions behind that may be pulling us down the ladder of success. Bats teach us the importance of rebirth to take on new roles that will reap positive results.

The bat meaning in different cultures

Found almost everywhere in the world, it’s no surprise that bat symbolism has a wide range and is diverse. Let’s find out what different cultures say about these amazing creatures.

Among Native Americans, the bat is seen as a totem spirit and represents guidance from one generation to another. While others saw them as harbingers of hardships and death, Native Americans believed that bats also could bring positivity to life. The Navajo saw them as their connection to the Divine and as spirit guides that provided them with knowledge and wisdom.

A Navajo legend tells us of the Changing Woman, a deity that constantly grows and transforms but never dies. One story describes how a bat was courageous enough to offer help when the goddess sought to bring a sacrifice to Winter Thunder.

The Celts associate bats with witches, fairies, and ghosts. However, some would say that they also symbolize transformation and joy. Believing they were creatures from the underworld, the Celts believed they possessed the power to possess a person’s body and fly around with it just for fun.

Along with a culture that is both deep and rich, the Chinese see bats as symbols of happiness and abundance. These night dwellers are a good omen since the Chinese word for bat,  pronounced as “fu,” resembles how the word for good fortune is pronounced.

In Central America, bats are known as “the fliers.” They’re God’s creatures that help bring messages from one dimension to another. The Indian culture considers it a symbol of enlightenment and a bringer of truth, with the ability to see into the future.

Spiritual meaning of bats in your house

There are different spiritual meanings for “bat” depending upon the people’s beliefs. Christians believe that the presence of bats in your house means that the dead devil will soon visit you, and you will need to embrace the ultimate truth of life, that is, death. 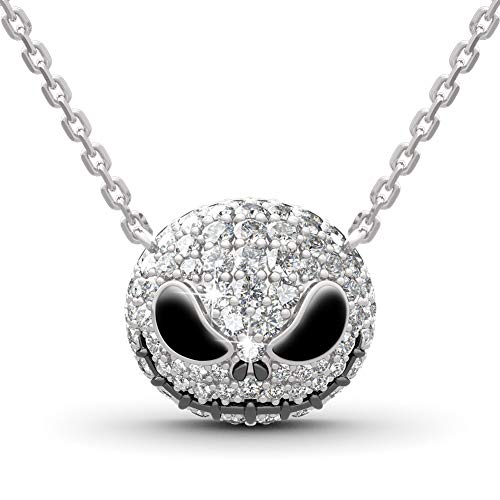 According to popular folklore, the unexpected visit of a bat symbolizes significant life changes. These changes can occur in your personal life, professional life, surroundings, or family. However, how these changes will unfold depends on your attitude toward them.

You will gain significant benefits if you view them positively and manipulate them in your favor. On the other hand, if you dread changes and see them negatively, they may prove to be horrible for you.

A bat getting inside your house means you’re going through an emotional upheaval. A bat flying in circles around your head indicates that you have been possessed by some evil spirit and need help from a spiritual healer to eliminate the negative energy. You feel threatened by something or someone in particular and feel emotionally overwhelmed by pressure from colleagues or friends.

What does it mean when bats come home with you?

A bat flying into your house usually means you’re going through an emotional upheaval. If the bat gets stuck somewhere in your home — for instance, inside your chimney — it indicates that there is trouble ahead—perhaps a clash of opinions in the household that will cause a rift between members.

The bat spirit animal is also a messenger from the gods. It may have come into your house because you’re going through a transforming phase in your life. You must stay calm and not panic when this happens, as things will work out fine eventually.

The bat needs its wings to flap hundreds of times before taking off. Remember this when faced with stressful situations moving ahead — unhappiness, depression, etc. — for soon enough, new opportunities will open up, leading to new dimensions in your life.

You must accept the changes coming your way with an optimistic approach. This is just another medium from the spiritual realms of the universe to make you aware of the things that need to be changed to reach your higher calling.

Many of the superstitions surrounding bats have spread through media and movies. Bats are often portrayed as blood-sucking demons that walk on all four limbs like vampires and come out in the dark to suck human blood (check out our post about the vampire’s spiritual meaning). While this is very unlike their nature, bats spotted at home have led to many killings.

There is a myth in Mexico that describes bats as mice with wings. This myth is completely false, according to research and science. Bats are unique mammals with their species and family in the hierarchy of living organisms.

Another fable about bats is that if they fall on a woman’s hair, they will get entangled and can be taken out only by cutting the hair. However, wildlife experts have busted this superstition since a bat can safely fold its wings and land on your hair without being entangled.

Does one bat in the house mean more?

If you spot one bat in your house, does it mean more will follow? Well, it depends on what the circumstances are. For instance, if you find a baby bat stuck between your window and curtain, there might be a mother searching for her lost child.

In such instances, leave them alone since they are just looking for each other, and you’re likely to see both in the near future. Another thing that determines whether more bats might visit your home is weather conditions or the presence of other bats in the area.

If it has been raining heavily for days and nights without stopping or if there already exist groups of fruit bats living nearby, then naturally, the new visitors will come over too.

This is because bats are known to travel in large colonies of 25-30. So if the bats inhabit spaces in and around your house, there will always be more bats there. During the early summer season, the female bats give birth to their younger ones after the breeding season. So if you spot a bat during this time of the year, there are more bats in your house.

You might be surprised, but the U.S. Fish and Wildlife Service considers killing a bat a federal offense and demands the punishment of $50,000 or six months in jail. They passed this law in 1966 to protect bats from extinction.

The recent bat killings have increased the number of bats flying into human habitation, especially during summer nights. This might be one reason bats are labeled as the latest urban pests. There’s a widespread belief that killing any animal brings bad luck to your home and family. So it is wise to leave them alone.

This article covers some of the most common questions about bat spiritual meaning. If you happen upon a bat in your home, you can take these findings to heart, as it may be trying to tell you something important. Be sure you don’t kill them either – they are protected by law! Let us know if this sounds intimidating and if you want to help enact these principles.

Bats may be feared animals because of all the superstitions around them. They, however, represent blessings and good omens. You can expect many life changes if you see a bat in your house. Their presence must be decoded as a positive sign from the universe to let go of your old habits and to reach higher in life.