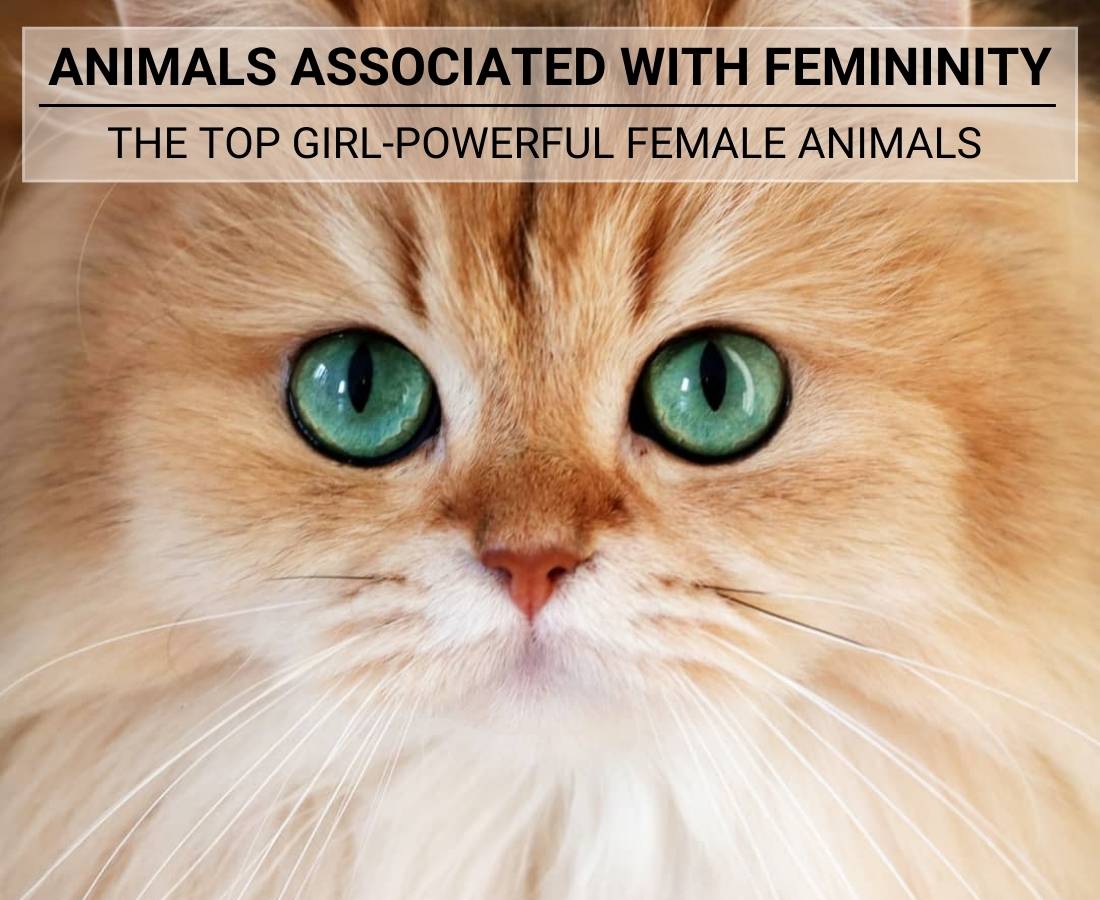 If you ever wonder what hyenas, spiders, and lions have in common, you’d be surprised to learn that they are all members of an exclusive group where a female boss is a norm. In a world where a woman’s hopes and fears are sometimes invalidated, we went deep into the animal kingdom to figure out if inequality is also an issue in the wild.

Femininity sometimes referred to as womanliness, is a group of qualities, actions, and roles that are typically connected to girls and women.

These traits have been cited as stereotypically feminine by some, but not all. It is important to note that these are just a few of the many qualities found in women who identify with this gender identity!

While the lion is commonly referred to as the “King of the Beasts,” it holds a not-so-dominant sway over the lioness. A powerful image of strength, passion, and beauty, these naturally protective creatures have been observed to take empowerment to a different level. This makes the “Queen of the Jungle” a symbol of providence and femininity.

Lionesses are known to lead hunts that feed the pride. These strong female figures ensure that the male lions are strong and well-nourished, not for a night of cuddling, but because they need the strength to keep the threat of predators at bay. Smaller yet more agile than the men, their maternal instincts kick in on a daily basis as they take turns with other lionesses to babysit for their young.

We all know that a beehive without its queen can never survive. Revered for keeping unity in the colony, all while giving birth to up to 1,500 eggs in a single day, the queen bee is also a symbol of power, authority, and femininity.

Comfortably situated in the confines of their explicitly complex hive, its particularly large size compared to her workers and soldiers gives the idea that she embodies the image of control and dominion. Known to make critical decisions that benefit the whole colony, it sternly reminds us of a handful of power couples like Jay-Z and, well, Queen B. Read also about the symbolism of the bee. Continue reading about the bee’s symbolism and meaning.

While most people tend to veer away from the plus-size when talking about female beauty standards, the refinement and elegance of the female elephant are living proof of Fergie’s song that “big girls don’t cry.” As the oldest female, known as the matriarch, almost always leads the herd, these female gentle giants are considered figures of femininity and motherhood.

Since male elephants leave the herd to exercise their sexual maturity and freedom, the females of the group stay with the family their whole lives to make sure the brood thrives and survives. Decisions such as where to eat, drink, and rest are made by the matriarch, reminding us that mothers really know best. Read more about the elephant’s symbolic meaning.

Easily recognized for their wide smiles and exceptionally annoying laughs, hyenas are rarely seen in a positive light. Although a strict alpha male often leads the pack, the females, who are generally stronger and much larger than the males, lead hunts and make important decisions. As this makes good sense, it is also reasonable to see the female hyena as a symbol of femininity and leadership.

Admired for its intelligence, the female hyena is able to make quick judgments to catch prey and get the herd out of difficult situations. Featuring a complex sexual organ that makes it difficult for males to share their unworldly desires, rejection often means getting scared away to death by a moody female.

However, they delicately look after their young until they are self-sufficient and strong, making us more guilty that we dodged mom’s calls last month.

Much like elephants, these oversized sea creatures are led by a matriarch. Leading a pack that is based on a female’s lineage, they have been viewed by many as a symbol of community, harmony, and femininity.

Often staying with their family their entire life and going to ends to ensure the safety and care of their young, they are known to develop deep-seated relationships that last their lifetime. As the calf stays with the mother long after they have had a calf of their own, this powerful, top-of-the-food-chain whale’s ability to protect and form bonds is a killer. Continue reading about whales and their symbolic meanings.

At a time when tweets, posts, and selfies influence the way people see women, the angler fish swims in from the deep to laugh at our traditional female beauty standards. Featuring sharp teeth, luminous skin, and a light-up pole that attracts prey, the otherworldly way that these creatures play to reproduce makes them animals that are highly associated with femininity and empowerment.

Close observation reveals multiple sacs on its body. Those tiny pouches are actually the remains of a male anglerfish that was victimized by the female’s charm into performing their bizarre mating ritual. As the male latches on and melds into his mate’s body, the female anglerfish would take control of his testicles and fertilize her eggs at her convenience. Talk about who wears the pants in a marriage.

While all spiders are associated with femininity, the black widow takes such a distinction to a different level. A symbol of death and destruction for some, this venomous crawler is often symbolic of femininity for its ability to create a safe space for itself and its young. Read more about the symbolic meaning of the black widow.

Known to lay about 250-750 eggs at a single time, the black widow reminds us that even the most dangerous creatures can turn into loving and caring moms. However, their cannibalistic nature, which incites them to devour their mates for their protein right after sex, is a reminder that “hell hath no fury as a woman scorned.”

The cat has long been associated with femininity, due in large part to its independent nature. Unlike dogs, which are typically seen as loyal and obedient companions, cats are often perceived as aloof and self-sufficient creatures that don’t need humans to survive. While this independence is one of the things that makes cats so appealing to many people, it also makes them symbols of feminine power (besides the cat’s other symbolic meanings).

Cats embody the empowering, imaginative, and particularly fertile elements of femininity with their feminine mystery. Due to their feminine character, cats are associated with the moon and represent expectant mothers. Cats are also a universal emblem of god.