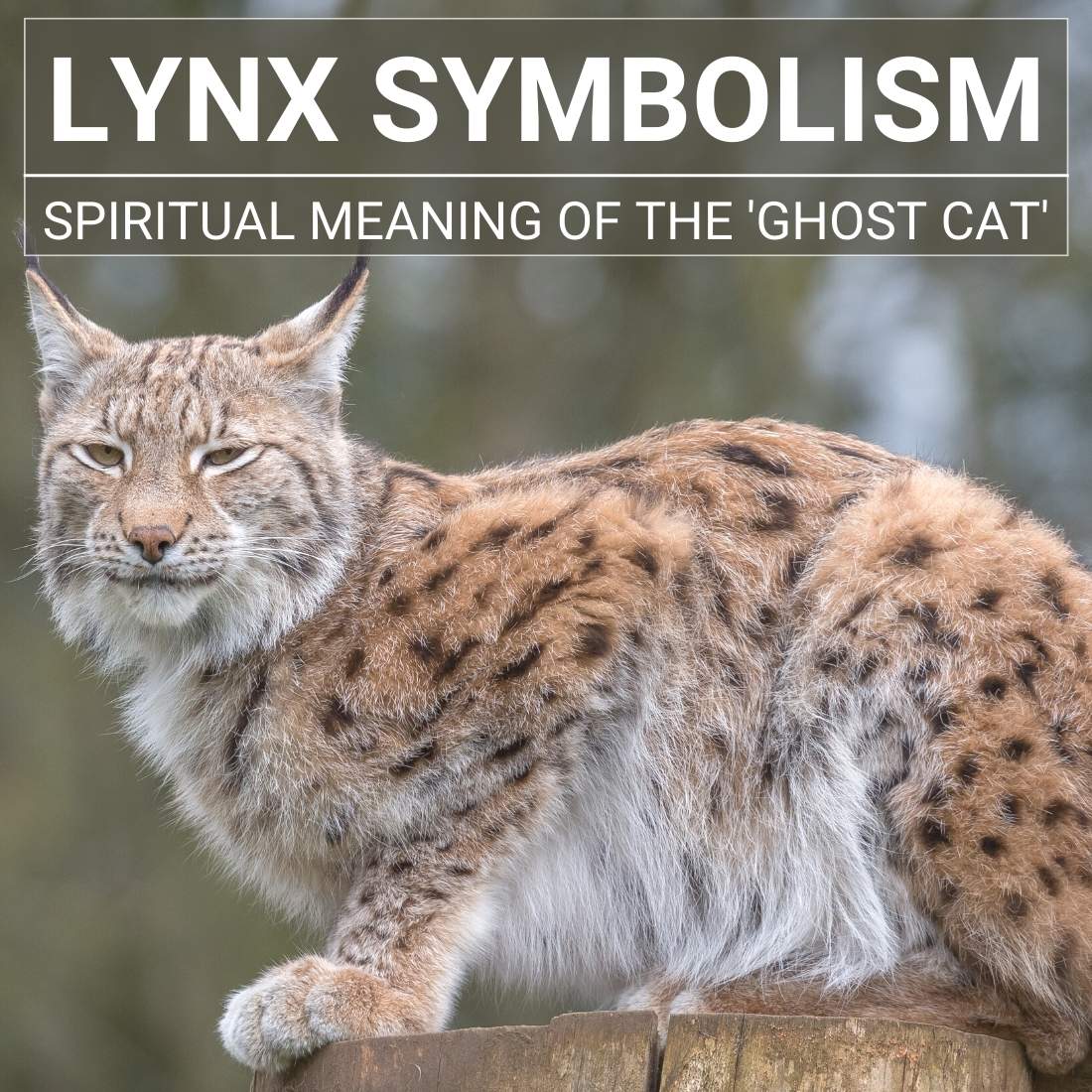 The Lynx is a powerful totem with rich symbolism. Native Americans saw the Lynx as a symbol of keen sight, intuition, and stealth. If the Lynx has come into your life, it may be asking you to trust your intuition more and to pay attention to the subtle signals that are all around you.

Lynxes are also very graceful creatures and can teach us how to move through life with ease and elegance.

“The lynx is the main character in a unique conservation story…”

The lynx is a magnificent creature with many unique traits and history. Follow along below for the top 10 spiritual meanings for this beautiful feline.

Lynx are known as “ghost cats” because of their camouflage fur, allowing them to conceal themselves in the winter. Because of this, they represent the need to keep your thoughts or motives to yourself at this time because not everyone around you may have your best interest in mind.

Lynx cats are solitary felines that often live and hunt independently of other cats. They represent the need to rely on your talents and resources to provide for yourself.

While hunting, a lynx will climb to the heights of a tree in order to obtain a greater view of its prey. The lynx symbolism includes the importance of gaining a higher perspective in order to overcome a particular situation or obtain your desire.

Lynx gives birth once a year to a litter of about 2 – 4 kittens. A lynx can often symbolize pregnancy in someone’s life.

Because the lynx is considered a threatened species, they have an energy that reminds you to hold life sacredly. All life matters, no matter the form it comes in.

The Lynx is considered an apex predator, meaning they don’t have any known predators in their habitat. They are associated with freedom and the ability to live freely without the weight of fear or worry.

Lynx fur is sought after due to its beauty and quality. Lynx energy is very magnetic and alluring.

Lynx are predators in sometimes wintery climates. The lynx symbolism represents the patience it takes to obtain your needs and desires, even in difficult conditions.

“The ancient feud between cat and dog is not forgotten in the north, for the Lynx is the deadly foe of the Fox and habitually kills it when there is soft snow and scarcity of easier prey.”

At first, a lynx may appear soft and innocent, but these powerful cats can turn into ferocious predators in no time. They symbolize the beast that exists inside of us, hiding behind our external masks.

A lynx lives in a frigid environment for a large portion of the year. They represent an everlasting resilience, to keep pushing forward, no matter the external circumstances.

The lynx symbolism in different cultures

The lynx is a beautiful animal that has found its way into many different cultures and folklore throughout history. This article will explore their appearance in Native American, Norse, Egyptian, Italian, and Greek cultures.

In Native American culture, the Lynx was a well-respected animal. They associated this feline with powerful hunting skills. Unlike animals such as the raven or a fox, Native Americans believe the Lynx is a much more civilized creature.

Not all tribes view the lynx in a positive light. Some believe they are evil creatures, almost villainous. They appear in Native American folklore as greedy beasts who are frequently tricked and outsmarted by other small animals and humans.

The “Great Lynx” is a mythological creature found in Easter Woodland’s tribal lore. This beast is a water-panther and dragonesque monster that is often associated with a lynx.

The Native American Tribe, the Mohaves, valued the Lynx for their hunting abilities. They believed that dreaming of the feline before embarking on a hunting trip would provide you with increased abilities and skills. 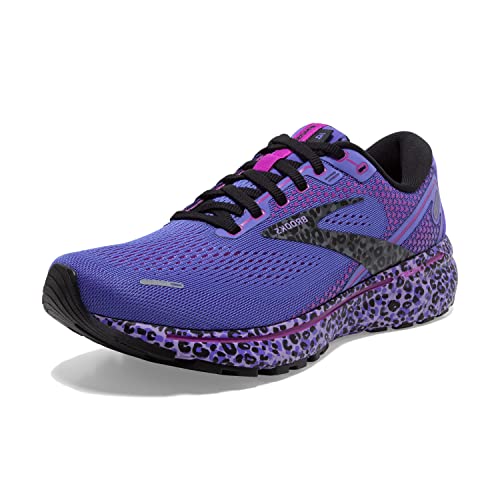 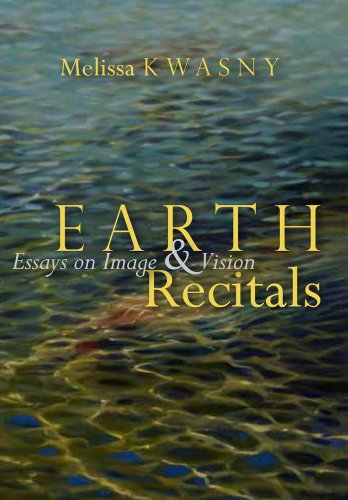 In Norse mythology, the Goddess Freya is associated with the cycle of life and death. She’s portrayed as traveling in a chariot pulled by a team of lynx cats. Here, the lynx symbolizes the power and beauty seen in this Icelandic Goddess.

Freya is also the Norse Goddess of War, another reason why lynx are accompanied by her side. A lynx has outstanding hunting abilities, which the Goddess also embodies.

Ancient Egyptians worshiped a feline God by the name of Mafdet. She is depicted as many different species of cat, but she commonly appears as a Lynx. Mafdets duties were to defend God Ra and protect sacred spaces.

Her image is seen within certain tombs within the pyramids, and it’s believed that her role here is one of a hunter. Her hunting and defense abilities are why she is depicted as a Lynx.

In ancient Greece, Theophrastus claimed that a lynx’s urine had the ability to transform into a powerful stone. Once the urine hardens, it turns into an amber-like stone that has the ability to attract objects.

The stone was called a Lyngurium and can be found in the majority of medieval texts.

In the early 1600s, a scientific society by the name of the Accademia Dei Lincei had an emblem with an image of a lynx. In the emblem, the lynx is shown in battle with the guardian of the underworld. They believed the feline had the ability to see through illusion and falsehoods, which is why they chose the animal for their symbol.

A spirit animal holds guidance and wisdom, while a totem animal is an animalistic energy associated with an individual and group.

If a lynx is your spirit animal, it will appear to you to remind you of your power and ability to achieve your desires on your own. Everything that you need is deep inside of you, but you must be willing to search for it.

If the lynx is your totem animal, you were born with the ability to conquer any challenges that you encounter. You also have the ability to know things beyond the normal veil of reality, and your instincts make you a great listener and communicator.

When to call on Lynx?

Call upon the lynx when you are in the midst of an adversary. Their fierce power and fearless nature will help you cultivate the courage and stealth needed to overcome any obstacle you may face.

If you’re having trouble finding a solution to a problem or are unable to access a higher perspective, calling on a Lynx can help expand your awareness.

A lynx is a beautiful creature creeping through the world’s snowy habitats. Having no known predator, they are confident, peaceful, and content animals who live their lives day by day. They are strong and independent, relying solely on themselves for their survival and well-being. These felines nurture their cubs, but only for a short period of time before letting them loose onto their own.

When you have a lynx personality, you are a lone wolf who is content with your own company. You live your life on your own terms and aren’t afraid to take risks. You’re also a great listener, observer as well as a patient person, able to see things that others miss. Trusting your intuition comes naturally to you, and you’re always ready to face any challenge head-on.

Lynx as your power animal

The lynx symbolism can be a great power animal because of their many strengths. They are silent hunters who can teach you how to move through the world with ease and grace. Lynxes also have keen vision and hearing, which can help you to see and understand things that others miss. If you’re looking for guidance on how to live your life more independently, or you need help accessing your intuition, Lynx can be a great power animal for you.

What does it mean to dream of a lynx?

If you dream of a lynx, it symbolizes keen sight, intuition, and stealth. The Lynx is asking you to trust your intuition more and to pay attention to the subtle signals that are all around you.

Lynxes are also very graceful creatures and can teach us how to move through life with ease and elegance. If you’re having trouble finding a solution to a problem or are unable to access a higher perspective, calling on Lynx can help expand your awareness.

Trusting your intuition comes naturally to you, and you’re always ready to face any challenge head-on. Lynx can be a great power animal because of their many strengths, so if you need guidance on how to live your life more independently or you’re looking to access your intuition,

The lynx symbolism can be a great power animal for you. Dreams of Lynxes typically symbolize keen sight, intuition, and stealth. If you find yourself needing help in any of these areas, consider calling on Lynx as your totem animal.

Overall, the lynx’s mysterious nature has enticed people from different cultures and regions all over the world. This cat’s beauty is as strong as its fierce hunting abilities. For anyone seeking independence, wisdom, strength, and freedom, call out to the lynx and ask for them to grace you with their transformative energy.

Is a lynx a bobcat?

Despite being different species, lynxes and bobcats share the same genus, the Lynx genus. Lynx are larger than Bobcats and have longer legs, tufted ears, and large furry feet. They also have a spotted coat which is typically grayish-brown in color. Bobcats, on the other hand, are smaller with shorter legs and lack tufted ears and large furry feet. Their coat is also usually a light brown or reddish color with dark spots. Lynx live in cold mountainous regions while Bobcats are more widespread and can be found in wooded areas across North America.

What do you do if you see a lynx?

If you see a Lynx in the wild, the best thing to do is to give it space and admire from a distance. Lynx are shy creatures and will usually avoid contact with humans. If you have a Lynx as a pet, make sure to provide it with plenty of space to roam and explore. Lynxes are also great climbers and can jump high, so be sure to Lynx-proof your home to prevent any accidents. 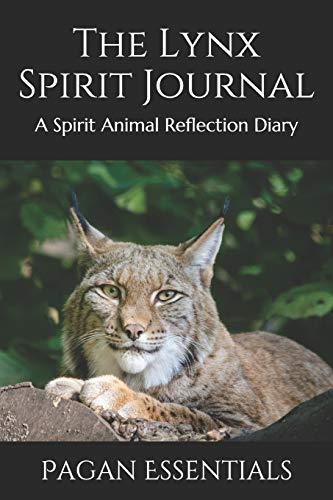 The Lynx Spirit Journal: A Spirit Animal...
Check Price on Amazon
SaleBestseller No. 2