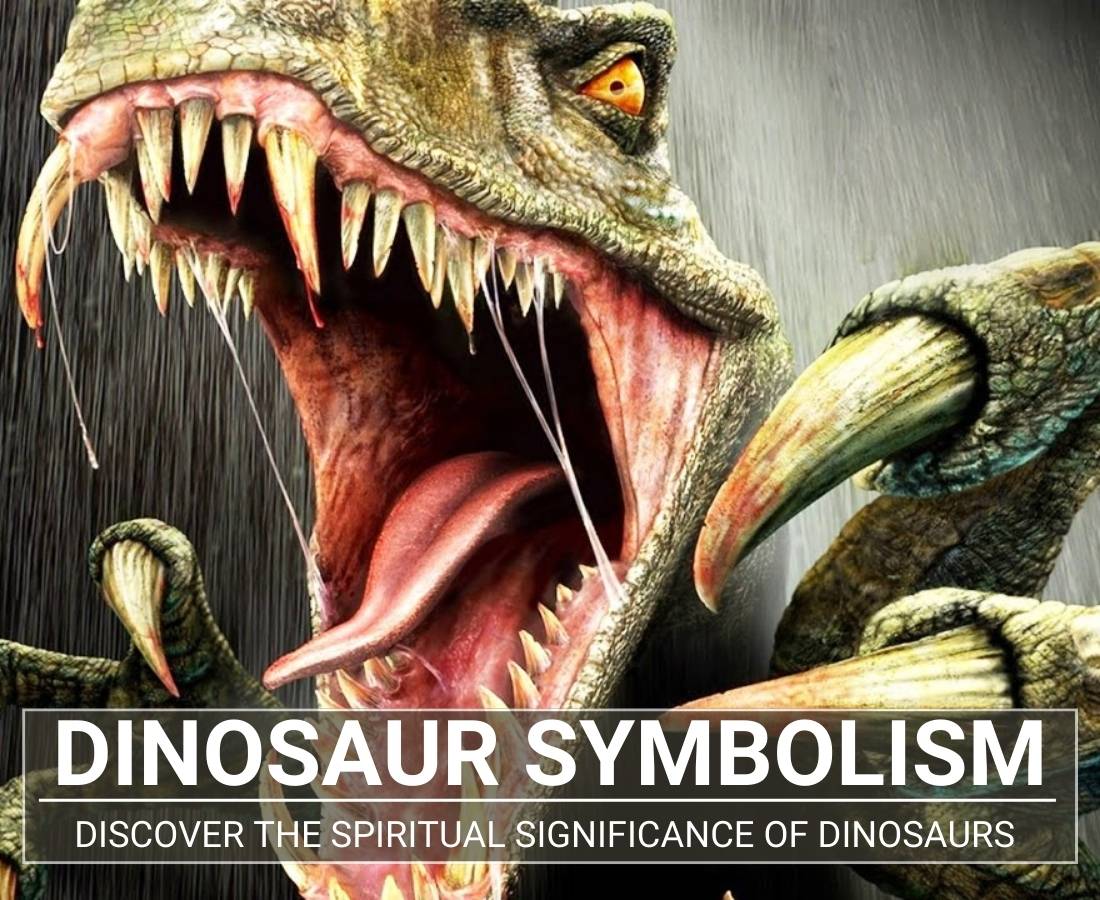 Tails As Old As Time: A Stomp Into The Dinosaur Symbolism

For ages, dinosaurs have been a significant figure that has tickled our imagination as no other animal has ever fulfilled. Having roamed the earth long before we did, our fascination with these monstrous creatures has led many to find the mystery of what their colossal presence means. Its name is derived from the Greek words dienos and sauros which translate to “terrible reptile.”

They fascinate us with their size and power, and they hold a special place in our hearts as symbols of strength and determination. But what is the spiritual significance of dinosaurs? What can they teach us about ourselves and our world?

Let’s take a bite of the gripping dinosaur symbolism and find out if they are as fearsome as movies, books, and stories portray them to be.

The dinosaur in different cultures

By now, we all probably know that several species of dinosaurs can grow as tall as 85 feet and of the Tyrannosaurus Rex’s voracious appetite for meat. While their very name has been synonymous with something outdated and frightful, here’s how dinosaurs are seen in various cultures.

Much like dinosaurs, dragons were believed to be of enormous size, went around in the shape of a reptile, and threatened everyone with claws and teeth as sharp and as long as a chef’s knife. As dragons are highly revered mythological creatures in China, their similarities with dinosaurs in traits and features have spurned countless tales and folklore.

Legend has it that dinosaur or dragon tracks discovered in fields were those of a divine bird called Shen Niao, whose swallowing of its egg allowed a barren woman to conceive life. Another story tells us that the wife of the 14th-century Emperor Ku became pregnant after stepping into the footprint left by a mysterious giant.

As the first to discover the remains and tracks of these gargantuan animals in the Americas, the Native Americans were believed to have described their finds as fossils of water monsters, thunderbirds, and giant lizards. One legend tells us of a giant eagle-like bird with an impressive 20 feet wingspan and talons large enough to grab Orca whales.

Described to have smooth skin on both its body and wings, the Thunderbird was often compared to the Pterosaur, which ruled the skies some 115 million years ago. However, legend tells us that this majestic bird was God in animal form as it had the power to control the weather and cause strong winds and thunder with a single flap of its enormous wings.

While dinosaur fossils are scattered on every continent of Earth, most of them are dug up in the deserts and badlands of Argentina, China, and North America. However, fossils of a large meat-eating predator have been unearthed by scientists in Portugal.

Featuring blade-shaped teeth that were at least more than 10 cm long, the Torvosaurus most probably stomped its way to the top of the food chain when it roamed these parts of the world some 150 million years ago. Such a discovery has given this small town in Portugal the title of the “land of the dinosaurs,” with a yearly count of as many as 25,000 visitors.

Known as the second largest continent on the planet and considered the cradle of mankind, it doesn’t come as a surprise that Africa has one of the most diverse cultures on Earth. The dinosaur fossils found in the Sahara are believed to have come from the Jurassic and Cretaceous eras, which may explain why stories about a water-dwelling creature residing in the Congo River.

Believed to possess an extremely long neck and even longer tail, the Mokolo-Mbembe was said to be an elephant-sized beast that lurked within Congo’s forests, swamps, and lakes. Greatly associated with the sauropod dinosaur, this mysterious creature of herbivorous nature is known to attack anything that comes near it, particularly those who aim to expose its myth.

From keeping moviegoers on the edge of their seats to stealing countless hours of sleep from readers, dinosaurs remain one of our greatest fascinations. Whether it is a best-selling book or depicted in colorful animation, this humongous creature’s presence in popular culture is something that tickles our fancy millions of years after its extinction.

Featuring breathtaking scenes such as a cup of water rippling as the dinosaur approaches and watching a T-Rex through an SUV’s side mirror as it takes chase, Jurassic Park paved the way for decades of prehistoric obsession. The animated feature Land Before Time showed the occasionally perilous journey of a young dinosaur named Littlefoot as he found the courage to find his way home amidst the challenges of an unforgiving world.

What do the dinosaurs symbolize?

While they were known to be figures of chaos and mass destruction, dinosaurs have lent their symbolic meaning to many of the creatures of our time. A formidable figure that incites fear in various traditions, here’s what the terrifying dinosaur symbolizes.

Often regarded as massive and fearsome beasts that always leave a path of destruction, many of us see dinosaurs and automatically think that all they bring is evil. However, we often overlook that these monsters represent dominance, strength, and courage. When even the most gentle among them can eat peacefully under the threat of a hungry carnivore, nothing describes them better than bold and fearless.

Living off a strict diet of fresh meat and freshly picked veggies, dinosaurs ruled the Earth for an astounding 165 million years. Featuring defense mechanisms such as hard shells, large horns, and strong tails, they were able to withstand the risks of living under the threat of countless predators.

This led many of our ancestors to see them as powerful symbols of endurance and survival. Believed to have been wiped out by an asteroid, they remain the world’s biggest “what if.”

Contrary to what we see in movies, dinosaurs were perhaps some of the most intelligently challenged creatures that roamed the Earth. Known to possess brains as small as a walnut, they are known to be uncontrollable monsters that strictly rely on their instincts.

Their wild and unruly nature has made them emblems of our tendency to be headstrong and stubborn.