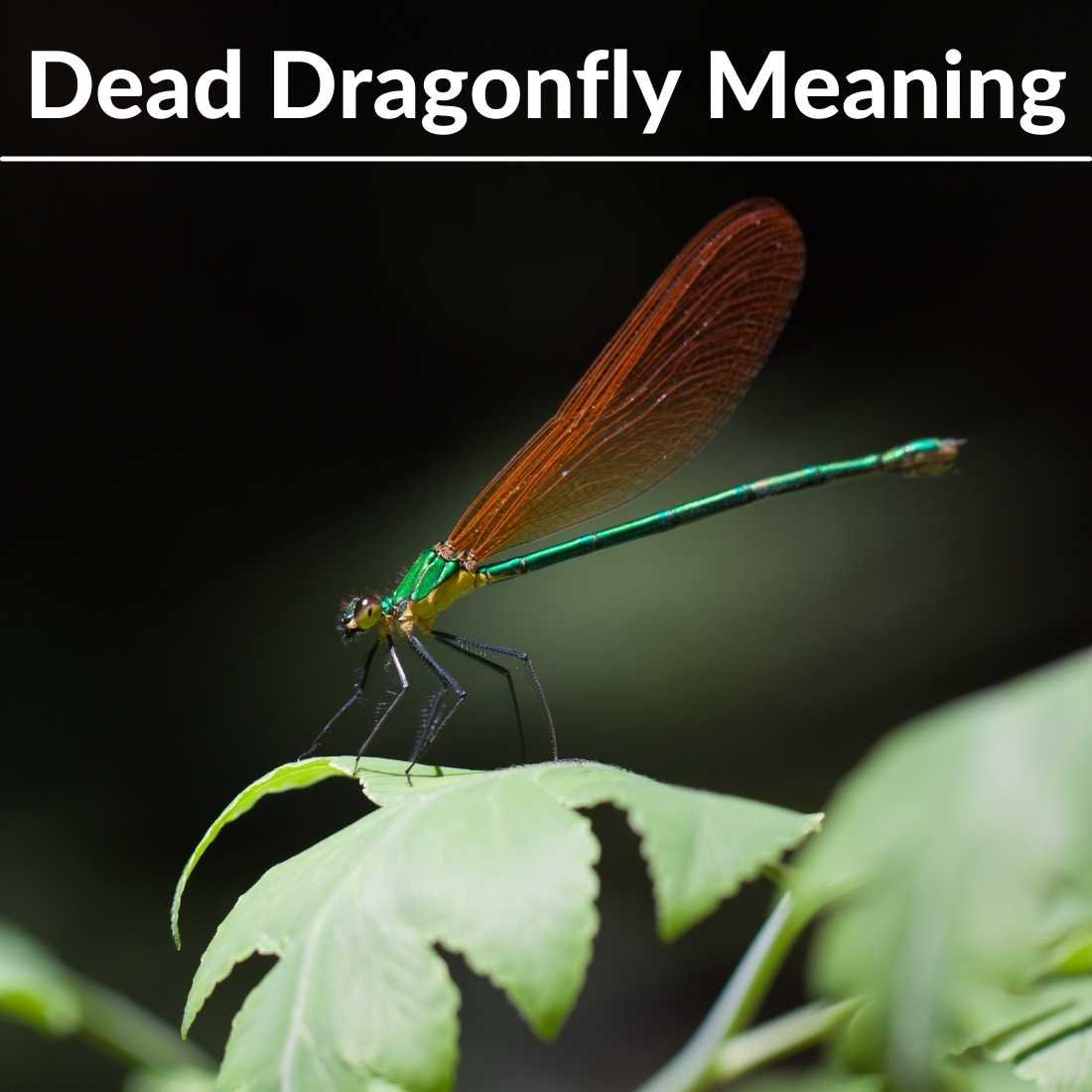 All Eyes: The Mind-Blowing Life Significance Of A Dead Dragonfly

Dead dragonflies are a common sight to see around the summer months. They can mean different things when they show up, depending on where you find them and what shape their body is in. If you find one that’s just crawling along or struggling, it might be an indication of sickness or something else going on with the environment.

Finding one that has died means there could have been some sort of environmental issue like pesticide use nearby or pollution from a factory somewhere nearby. Or the dragonfly just died of old age – the lifespan of dragonflies ranges from only 7 – 56 days.

Known for their delicate yet powerful transparent wings, dragonflies are graceful creatures that symbolize change, light, flexibility, and wisdom. Having long been considered a symbol of lightheartedness and joy, these charming creatures are believed to fly in bearing good fortune if you are lucky or steady enough to allow it to land on your head.

Presumed to have once possessed wingspans that impressively stretched for up to two feet, these playful spirit animals represent our realm of emotions that ranges from sadness, anger, and jealousy to satisfaction, happiness, and glee. While these ancient flyers may seem to present an image of nothing but elation and wonder, some of us just couldn’t help but ask how to better understand the dead dragonfly’s meaning.

Meaning And Symbolism Of A Dead Dragonfly

Being such energetic and spirited creatures, most of us can’t help but feel somber when coming across a dead dragonfly. Since dragonflies are known to represent metamorphosis and transformation, the lifeless image of this often cheery spirit guide may represent the end of a chapter in your life, as well as the promise of a wondrous beginning on the horizon.

Notorious for their awesome ability to fly from one spot to another with amazing speed and finesse, a dead dragonfly may be an indication for us to turn away from our tendency to commit to things more than we should. Not only does it lead to extended periods of grief and unhappiness, but it also hinders both our personal and spiritual growth.

Although melancholic and heartbreaking, the presence of a dead dragonfly does not necessarily indicate that challenges and difficulties are inevitable. Such an image may simply be serving as a reminder about the importance of letting go of the negativities of the past and moving on to a more positive now and a much brighter tomorrow.

Seeing a dead dragonfly can be an omen of bad luck, but it also has spiritual meaning. The dragonfly symbolism is that it represents change and transformation. It’s often associated with the death of old ways or beliefs to make way for new ones. If you see one, take note of what else is going on in your life to get a better understanding of its significance.

The spiritual meaning of seeing a dead dragonfly is that it may be time to let go of something. It could also mean that your life force is being drained or sapped and you need to take care of yourself. The most important thing is not what it means but how you react to the situation.

As an extremely vigorous and dynamic spirit animal, seeing a dead dragonfly in your home may be an indication of a toxic or harmful relationship that no longer provides you with happiness. Charismatic and full of life, the deceased image of these remarkable creatures could imply the presence of a spiritual force that damages and disrupts the flow of positive energy, holding you back from achieving success.

While most of us might simply brush off the image of a dead dragonfly, it being a representation of confidence may imply that you are going through a season where your capacity to courageously reach for your goals is being interrupted. Coming into your presence at a time when your self-assurance and inner strength are in question, a dragonfly that lies spiritless in your presence is providing you with the strength, willpower, and focus to reverse the negativity, to expand, and grow.

The dead dragonfly in your house can also be a sign that you are feeling stuck, stagnant, and frustrated with the current position of your life.

The death of an insect can be seen as more than just symbolic; it may signify specific feelings or problems manifesting themselves into bigger things. It’s possible this might come from difficulty accepting change in general- something we all experience at times!

Connection Between Dragonfly And Death

Unquestionably, death is inevitable. While it is easy to see symbols of the end of our natural life cycle, many of us would look into these signs to help us cope with loss. From crows to black cats, we see death in the most mundane of ways, which, at times, provide us with answers to the many questions that we have about the afterlife. And since the dragonfly is brimming with symbolism, we find it best that we determine the link between this remarkable flying insect and death (we wrote also another article about that topic: does the dragonfly mean death?)

Several nations in Europe, particularly Romania, largely fear the dragonfly. Legend has it that a fisherman once refused to ferry the Devil across a lake which greatly angered him. Using black magic, the Devil transformed himself into a dragonfly so he could simply fly across but not without making certain that he first harm the listless fisherman. Literally translated as the “Devil’s horse,” dragonflies have long been associated with death, the devil, and all things dark, adding to this incredible insect’s mysterious image.

Revered for their rich tradition of symbolism and metaphor, the Chinese give great significance to even the smallest beings as representations of dreams, hidden ideas, and death. Being the ultimate symbol of happiness, dragons are highly revered in China and they see the dragonfly as the personification of its soul. Calm and soothing particularly with the way it flies, this remarkable creature symbolizes transformation and is no doubt a marvel to behold in life and death.

A festival in Japan known as Obon is well-known for celebrating the soul of their ancestors. Much like Mexico’s Day of the Dead and brought about by their Buddhist customs, the Japanese believe that their deceased loved ones dwell among them during this significant festival. As one of the most commonly believed symbols that a loved one is in their presence, dragonflies allow families and friends to show their love and appreciation to their ancestors and loved ones that have passed.

Dragonflies are indeed encased in mystery. With a handful of stories and folktales that present them as both good and evil, it wouldn’t come as a surprise that many of us perceive them as an image of life and death.

Dead dragonfly in your dreams

Some people view a dead dragonfly in their dreams as symbolizing something that is incomplete. The life of the insect may have come to an end, but it will be reborn and become a beautiful being again. It might also represent your need for clarity so you can make the right decisions moving forward.

Another meaning behind this dream is transformation or change, which means there are new opportunities on the horizon. When coupled with other symbols such as water or rainbows, these meanings maintain their strength – rebirth, renewal, and hope for what’s to come.

The meaning of a dead dragonfly could also mean that you’re feeling lost in some way or another because things aren’t happening how you want them to at, work or school/college. You might be worried about the future and what it holds for you, but a dead dragonfly symbolizes your need to trust in yourself – that everything will work out as it should.

In some cases, this dream may represent cleansing or letting go of something negative from your past so you can start afresh. Seeing a dead dragonfly in a wooden area could also mean there’s an issue or potential problem at hand mainly due to old-fashioned thinking which is still affecting things today somehow.

Dragonflies sweep down on us with an invitation to reflect upon our own spiritual journey. Highly revered as a symbol of transformation through self-awareness, they would often come at a time when we require intervention and help in creating a life that encourages growth. Whether you see them as your spirit guide reminding you about the perks of change and transformation or as the “Devil’s horse” that carries messages from beyond, we should heed the dead dragonfly meaning albeit confusing and small. 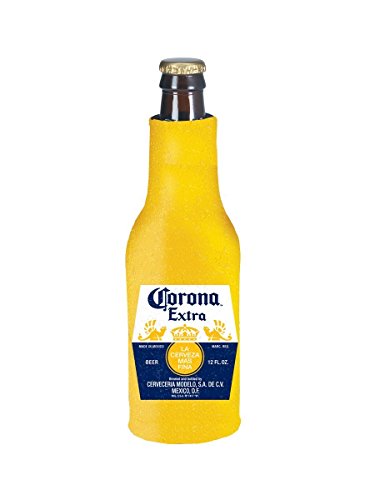