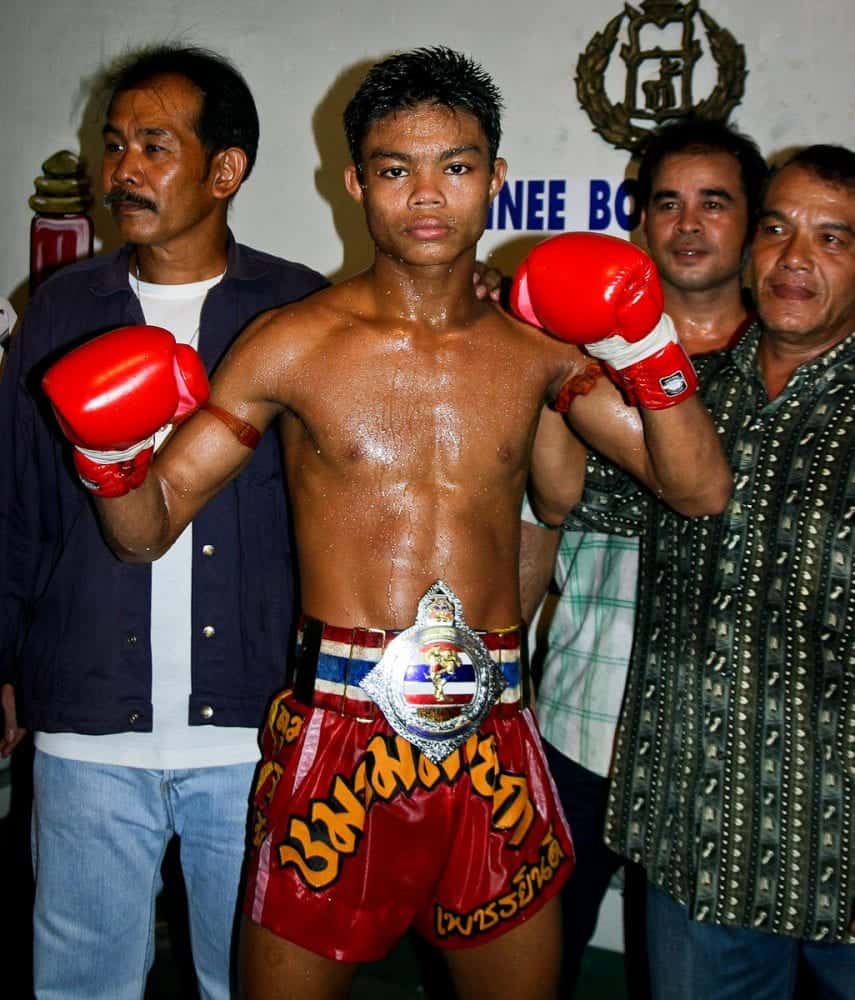 Taken in Bangkok. To watch the fight is much fun – lots of shouting and betting.

Muay Thai is referred to as the “Art of Eight Limbs” or the “Science Of Eight Limbs” because it makes use of punches, kicks, elbows and knee strikes, thus using eight “points of contact”, as opposed to “two points” (fists) in Western boxing and “four points” (hands and feet) used in sport-oriented martial arts.