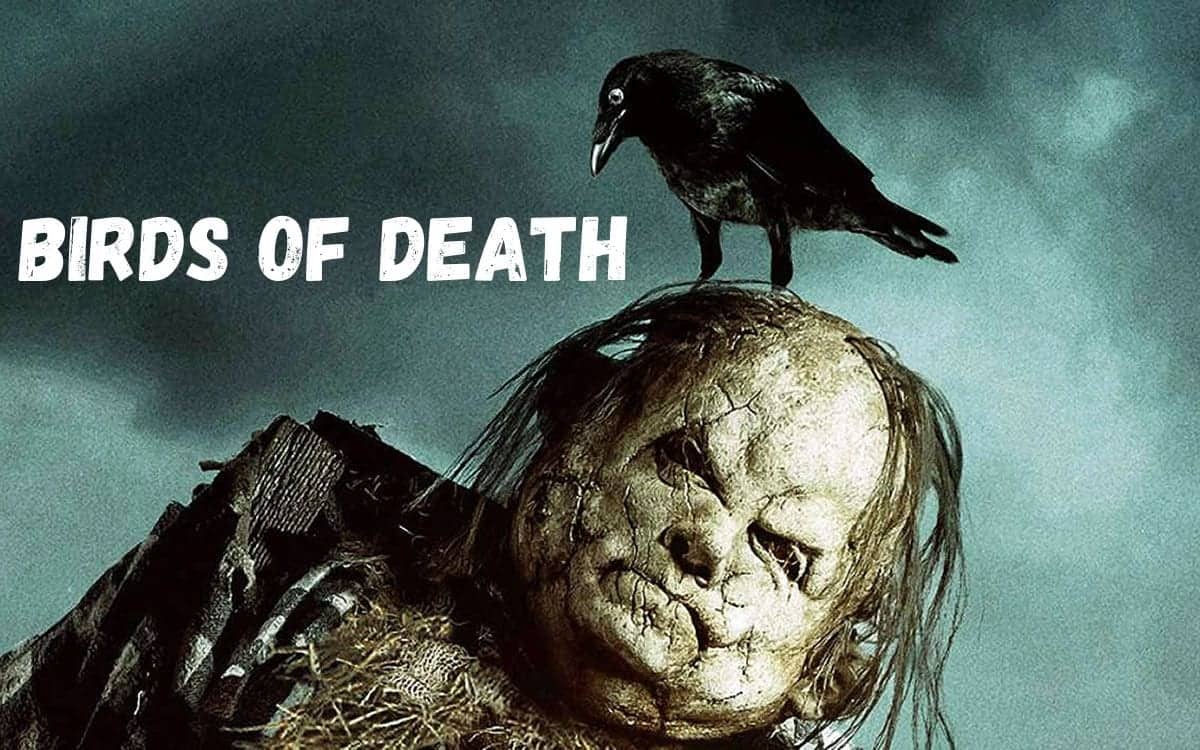 Is there something like a bird of death? And if you come across one, what to do? In this article, we will discuss birds, who have become symbols of death in many different cultures and societies – no matter if you have seen the birds in a dream or in real life.

Different cultures have a variety of metaphors for birds. One of my favorite movies is the Brandon Lee film entitled The Crow. It tells the story of Eric, a musician that was brutally murdered along with his fiancé on the night before their wedding. On the anniversary of their death, Eric rises from the grave and adopts the gothic mantle of the Crow, believed to be a messenger between the world of the dead and the living.

Crows, ravens, blackbirds, owls, and phoenixes might all represent death, but they can also exemplify the spirit world, the afterlife, spirituality, or the death of a loved one.

In myth and folklore, crows are often said to be able to cross between our world and the afterlife delivering messages. Several cultures believe that crows possess a special connection with spirits. Birds that symbolize death are also often depicted in bird tattoo meanings.

Birds also carry a biblical meaning and some are also condemned in the Bible, many, for instance, view the raven as a symbol of Satan. But the raven was also capable of great good – flying to feed Moses when he was stranded in the desert, for example.

Ravens – Messengers from the Dark Site?

As a color, black has long been associated with all things macabre and morbid. People have seen it as a reflection of the bleakness or uncertainty that awaits beyond the grave, and contrast it with the liveliness of lighter colors. This is the reason why people wear all black at funerals and write about the ‘blackness’ of death. Thus it is really no surprise that black birds have come to be seen as omens of death, no more so than the Raven.

The raven is seen as a bird of death in many different and distinct cultural traditions. For example, in Greek mythology, the god Apollo sent a white raven to spy on one of his mortal lovers, and when he reported that she had been unfaithful, Apollo cursed him by scorching him black, which is why they are black today. In many other Arabic and Germanic traditions, ravens are heavily associated with battlefields and glorious death in war. This may have something to do with the fact that ravens eat carrion, and have been known to flock around scenes of death and destruction, awaiting a feast.
Ravens feature heavily in Celtic traditions around death as well. For example, after the legendary Irish warrior Cú Chullain died, the Celtic Goddess Morrigan was said to alight in his shoulder in the form of a Raven. This is depicted in many famous Irish paintings, poems, and statures and has lead to there being a strong connection between ravens and death in common folklore.

One common belief around these birds of death is that if the ravens are removed from the Tower of London in England, then the Kingdom of England will fall. This has lead to them becoming welcome guests on the grounds of the Tower of London, despite having some other nefarious connotations.
There is often a strong link between a bird of death and symbols of prophecy. The raven is often seen as a medium between this world and the next. This is common in many Greco-Roman traditions but was more recently portrayed in the hit TV show, game of thrones, where a three-eyed raven served as a symbol of prophecy and the supernatural. This is drawn from real-world symbols and beliefs, including from the oral traditions of many Native American tribes.

Crows – Do They Symbolize Death?

Crows are often seen as an unwanted symbol of approaching death, This is very common in old Celtic traditions, as remembered in Ireland, Scotland, and some other parts of Western Europe. For example, flocks of crows are commonly depicted alongside tragic events or large battles in old Irish Saga or stories retold over centuries. In many other cases, witches were thought to have the ability to transform themselves into crows, to continue their deadly work as agents of darkness.

These beliefs were common and widespread amid the hysteria surrounding the 17th-century witch trials in colonial America. It is not certain where these tales originate from, but it may arise from old Greco-Roman and Celtic traditions where the Gods had the ability to take the form of animals, and would commonly appear as birds such as crows. It is considered an especially bad omen if a crow appears in a group of three.

The Owl – a Death Symbol?

This is an unusual choice and reflects the cultural differences between peoples who have grown up in different parts of the world. In western culture, for example, Owls are usually seen as relatively benign symbols and are often thought to represent wisdom and knowledge. They are generally viewed as highly intelligent creatures who do not wish us harm. This may be why a collection of owls is known as a parliament.

However, this is not universally true. In many African cultures and traditions, they have a very different view of owls. Some owls are seen as malevolent creatures and are strongly linked to death and generally bad fortune. This is a common view among some tribes of Kenya. In fact, in many places, the hoot of an owl is interpreted to mean that someone is going to die, much like the wailing call of a banshee in old Celtic traditions. Among these tribes, the owl is as much a bird of death as any crow or raven.

Some other cultures and societies share this view of owls. For instance, many Native American tribes use the ruse of an owls call to scare children into behaving and view the intentions of owls as somewhat nefarious. The old Aztec and Maya peoples had an even more distrusting view of owls, seeing them as symbols of death and destruction. This leads to a common saying about the call of an owl, ‘When the Owls sings the Indian dies. Pueblo people also associate owls with the skeletal man, who is a God of death.

Omen of the Bird of Death

Since the dawn of man, we have sought to give meaning and significance to many natural occurrences and phenomena. The same is true with animals, and birds have held a special significance for many years. This is, in particular, true considering dead bird meanings. As a result, birds have had all sorts of meanings projected onto them; think of the assumed wisdom of the owl or the lofty magnificence of the golden eagle. Of all these meanings and symbology, however, none is more sinister or fascinating than the birds that have become synonymous with death.

If you see one of these birds it could bring terrible luck for you or someone close to you. For example, consider the case with crows. It is said that if crows fly insistently above a certain house, then death may be coming to that house. Another common theory is that if a bird does not flee when you approach it at a pace, then it is a sign that your spirit is weaning and it is waiting for your death. Numerous examples of birds acting as messengers of death and harbingers of doom can be found throughout mythology.

Crows have become associated with death, and in some cases feared because of it. It is not so much seen as an agent of darkness itself, but rather as an ill omen or a symbol of current or impending doom.

One of the other main reasons why crows may be associated with death is the practice of Augury. Augury is an ancient, quasi-religious practice from old Rome where the observed behavior of birds, especially birds like crows, was used to predict the future. This suspicion that crows may no something that humans don’t, especially about tragic outcomes like death, has lingered on into modern times. In fact, crows are associated so strongly with death that a group of crows is known as a murder

Crows are considered to be bad luck in many cultures. If you see one of these crows then this may be a sign of some bad events to come, especially if they are acting unusual. Crows were known to track dying animals in the wild, or to gather around areas of death or destruction in olden times. This is why they have become known as bad luck. There may be some traditions or habits that allow you to ward off the danger associated with crows.