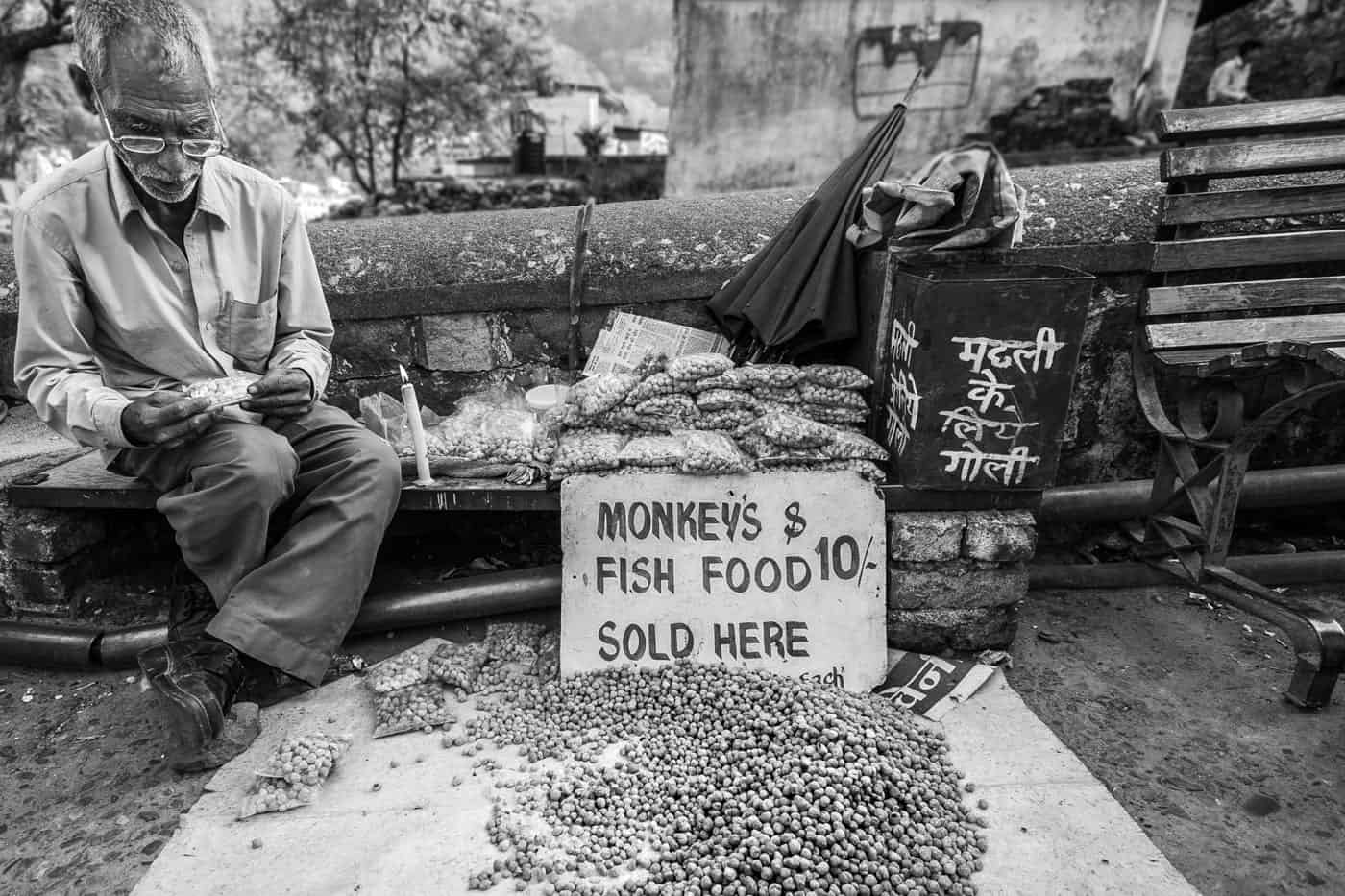 Since 2016 the feeding of the monkeys in Rishikesh will be fined.

People who feed monkeys do more harm than good, and anyone doing so will be fined, a top state forest official has said. Feeding monkeys adversely their natural behaviour as it makes them reliant on humans for food, it says.

Rishikesh is a city in India’s northern state of Uttarakhand, in the Himalayan foothills beside the Ganges River. The river is considered holy, and the city is renowned as a center for studying yoga and meditation. Temples and ashrams (centers for spiritual studies) line the eastern bank around Swarg Ashram, a traffic-free, alcohol-free and vegetarian enclave upstream from Rishikesh town.