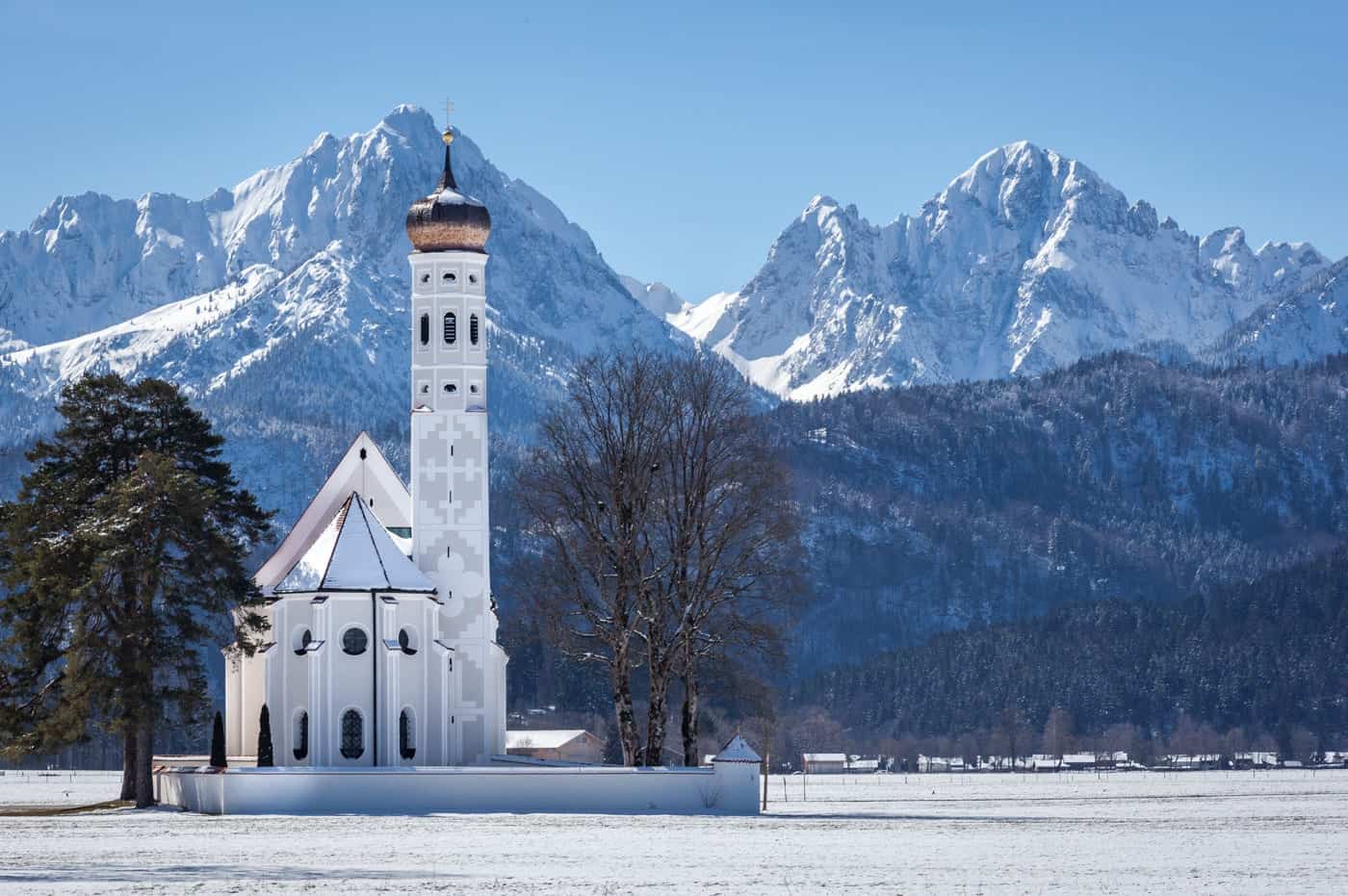 The hl. Coloman was an Irish pilgrim at the turn of the millennium. According to local tradition, he should also have rested on his pilgrimage to Jerusalem at the point where now the Schwangau Colomans Church stands.

In the Stockerau in front of Vienna, he was considered a spy because of his foreign clothing and language and was martyred and hung up in 1012. After several miracles had happened, his corpse was “raised” by Bishop Megingaud on October 13, 1014 (which, according to the usage of the church at the time, meant as much as a canonization – canonisatio aequipollens) and brought to Melk on the Danube.

The hl. Coloman is especially revered as a patron saint of human and animal diseases.

When the first small Colomans chapel was built at Schwangau is unknown. Towards the end of the 15th century, the Gothic chapel was probably extended, if not newly built; for on August 8, 1495 gave her auxiliary bishop John of Augsburg, the church consecration. How significant the Colomans-Festtag (October 13th) had meanwhile become, is also clear from the fact that Emperor Charles V, the then owners of the rule Hohenschwangau, Hans Georg and David von Paumgarten, on February 5, 1552 documentary authorizes annually at the Colomans Day to hold a market in Schwangau. When the plague depopulated almost the entire village in 1633/34, the (probably more than 300) dead were buried at St. Coloman’s Chapel. After the Thirty Years’ War, the pilgrimage to St. Coloman so that again a church extension was necessary. Pastor Johann Lieb von Waltenhofen (1664-84) had plans made and asked in 1672 the Electoral Government of Munich for planning permission with the remark that as a result of abundant victims of pilgrims from home and abroad already 10 000 florins capital were available.
[tg_divider style=”normal”]