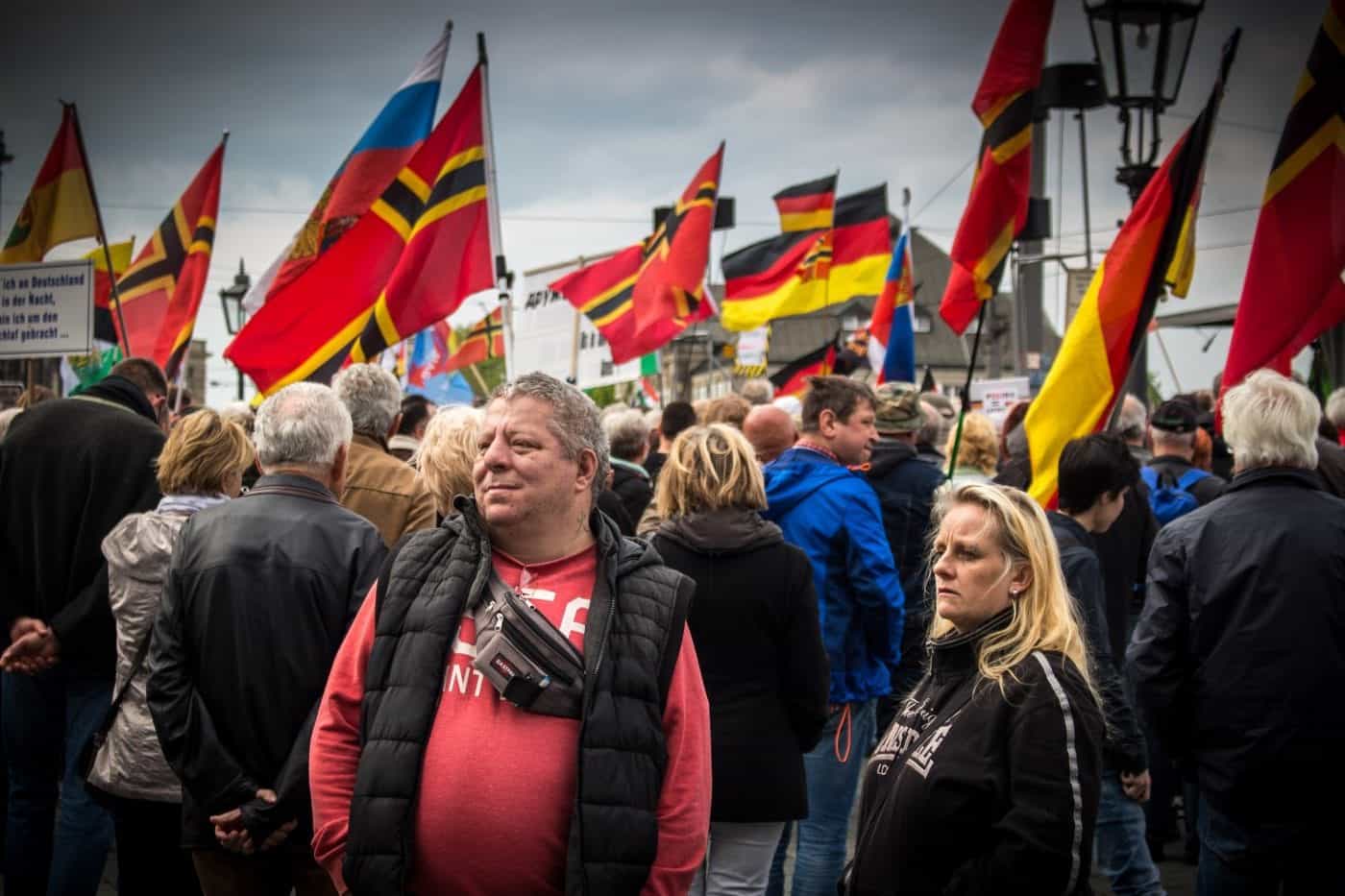 Patriotic Europeans Against the Islamisation of the West (Occident) (German: Patriotische Europäer gegen die Islamisierung des Abendlandes), abbreviated PEGIDA or Pegida, is a German nationalist, anti-Islam, far-right political movement. It was founded in Dresden in October 2014. PEGIDA believes that Germany is being Islamicized and aims to oppose Islamic extremism. PEGIDA wants to curb immigration and accuses authorities of not enforcing existing laws. PEGIDA has held many demonstrations; often there have been many public demonstrations against PEGIDA as well. In 2015, the founder of PEGIDA resigned after posing as Adolf Hitler and making racist statements on Facebook.
– Basically white German scum –