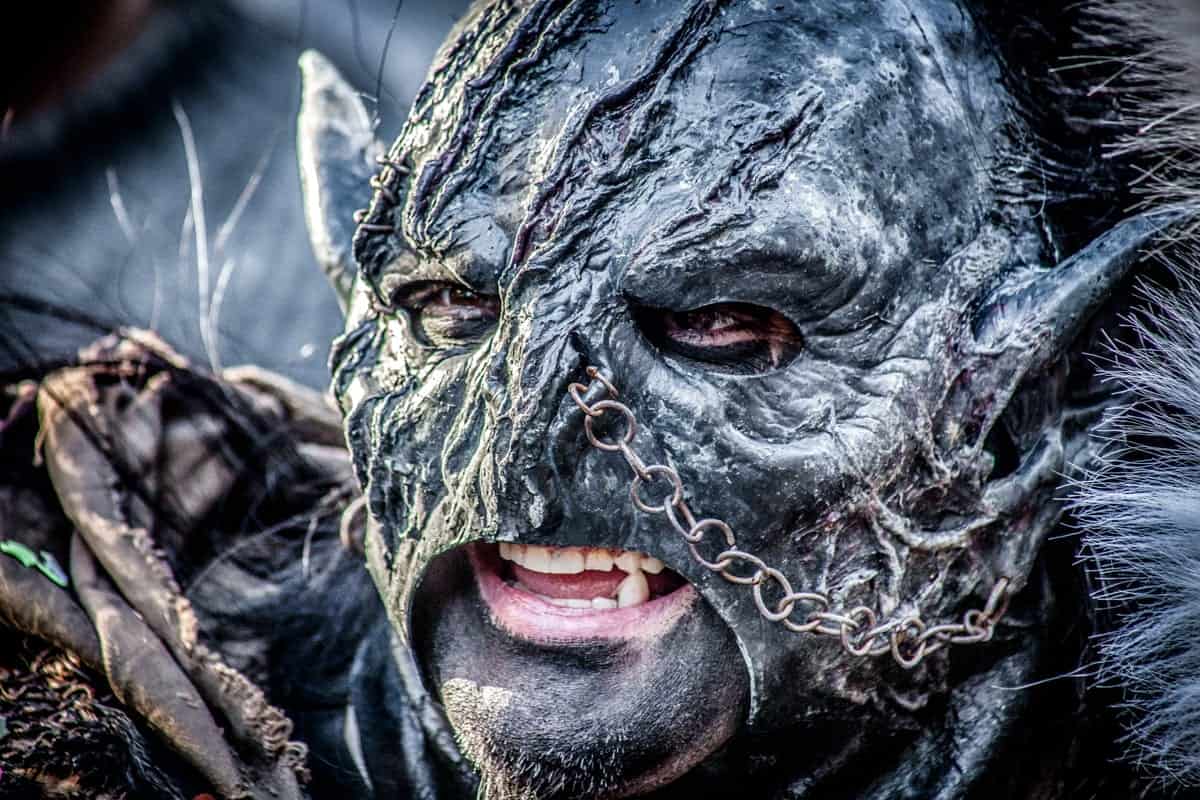 Orc, a mythical creature (such as a sea monster, a giant, or an ogre) of horrid form or aspect.
The word orc in English has two distinct sources. Orc in reference to a vaguely cetacean sea monster is borrowed from one or more Romance words, such as the French orque or the Italian orca, all ultimately descended from the Latin orca, which probably denoted a small cetacean such as the killer whale. In Ludovico Ariosto’s epic Orlando furioso, the heroine Angelica is set out as a victim for a man-eating orca, in a literary recasting of the Andromeda myth.
A different word orc, alluding to a demon or ogre, appears in Old English glosses of about AD 800 and in the compound word orcnēas (“monsters”) in the poem Beowulf. As with the Italian orco (“ogre”) and the word ogre itself, it ultimately derives from the Latin Orcus, a god of the underworld. The Old English creatures were most likely the inspiration for the orcs that appear in J.R.R. Tolkien’s The Lord of the Rings.

But it was Fasching (carnival) in Munich and people dress up…